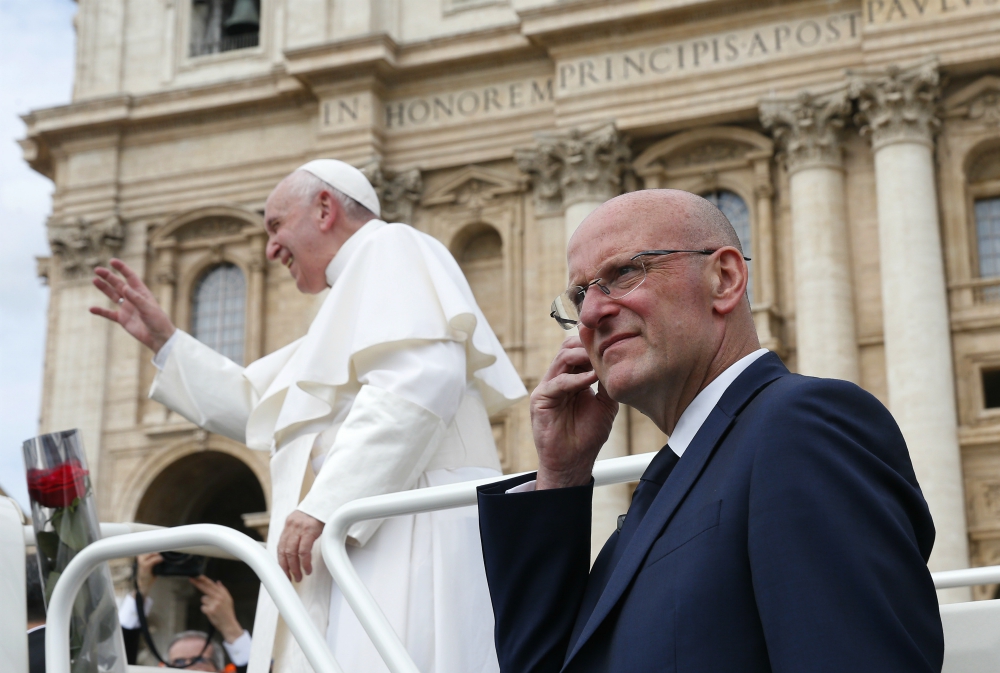 The longtime chief of the Vatican police resigned his post Oct. 14 over leaks of information about an ongoing investigation into possible financial wrongdoing at the city-state.

In a short statement, the Vatican said Domenico Giani, who had served in the role since 2006, resigned "out of love for the church."

Giani's resignation comes after revelation earlier in the month that his police forces had conducted a surprise Oct. 1 raid on the offices of the Vatican's Secretariat of State and the city-state's financial watchdog authority.

An Italian paper reported the next day that the director of the watchdog authority and four other staffers had been suspended from work and prohibited from re-entering Vatican territory as a precaution. The paper even published a copy of an order sent to all Vatican police personnel, which included photos of the five persons involved.

The Vatican's Oct. 14 statement called the publication of that order "prejudicial to the dignity of the people involved."

"In order to assure the proper serenity to the ongoing investigation ... and although the Commander bears no personal responsibility in the unfolding of the events, Domenico Giani has tendered his resignation," said the statement.

Giani had been one of the Vatican's most recognizable officials, serving as Francis' primary bodyguard and nearly always appearing next to the pontiff during public events. He was also the primary organizer of the pope's security during his more than 30 voyages abroad.

In an interview with state-run Vatican Media released shortly after announcement of his resignation, the former police chief said the leaks of information had caused Francis "great pain."

"The release of this document … has certainly infringed on the dignity of these people," said Giani.

"I felt shame for what happened and for the suffering of these people," he said. "Having always said I was ready to sacrifice my life to defend the pope's, in the same spirit I made the decision to resign."

Giani, 57, is a former member of the Italian secret services who joined Vatican service in 1999.

The Vatican did not announce Giani's replacement. Italian reports indicate it will likely be his vice chief, Gianluca Broccoletti.

The Vatican has not released much information officially about the scope of the investigation at the Secretariat of State and the watchdog agency, known formally as the Financial Information Authority.

The Vatican's Oct. 1 release said only that the raid was authorized by the Vatican's chief prosecutor, following a report on the matter from the Vatican's auditor general and officials at the Institute for the Works of Religion, commonly known as the Vatican bank.

L'Espresso, the magazine whose coverage ultimately led to Giani's resignation, reported Oct. 2 that the investigation concerns "apparently irregular financial transactions in the millions" regarding the buying and selling of Vatican property holdings.

The report also alleged that police have identified concerns about the cash flow of Peter's Pence, the program for Catholic faithful around the world to offer donations for use in the pope's charitable efforts.