Will Pope Francis have a short papacy? Don't bet on it 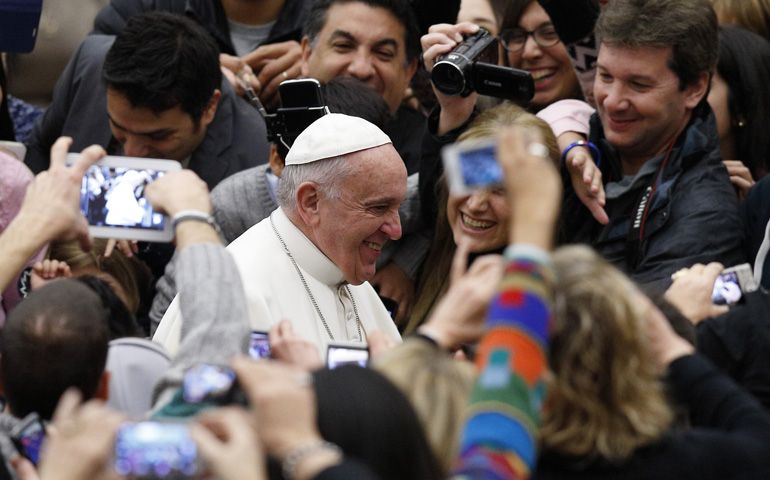 In a wide-ranging interview he gave Friday for the second anniversary of his election, Pope Francis touched on a variety of topics, from his concern about bad homilies to his upcoming U.S. visit to his one real wish: to go out for a pizza without being recognized.

But leading most of the news coverage were his remarks suggesting that he expects his papacy to be short, perhaps lasting no more than another year or two.

"I have the feeling that my pontificate will be brief: four or five years; I do not know, even two or three. Two have already passed," he told a Mexican television station.

"Say it ain't so, Pope!" as the lead on the New York Daily News' story on Francis' "shocking comments" put it.

"I just want him to be around for as long as possible," Cardinal Timothy Dolan told the tabloid. "I need him. We need him. The church needs him."

To be sure, the prospect of Francis' imminent retirement -- or demise -- would be dismal news for Francis' many fans and perhaps a rare lift for his opponents.

In fact, Francis has suggested on several other occasions that he did not expect his papacy to be too long, and one can understand why he would say that:

But a closer reading of Francis' remarks and analysis from those who know the pope say that's not what he meant at all.

For example, while Francis said Benedict was "courageous" for retiring and "should not be considered an exception, but an institution," he also said that perhaps Benedict "will be the only one for a long time."

Francis also rejected the idea of a fixed age limit because that "creates a sensation that the pontificate is at its end and that would not be a good thing."

Moreover, after Francis voiced his suspicions about the length of his own time on St. Peter's throne, he confessed that it was merely "a feeling" and "a somewhat vague sensation."

"Maybe it's like the psychology of the gambler who convinces himself he will lose so he won't be disappointed, and if he wins, is happy," Francis said.

Clearly, say those familiar with the pope's thinking, he is enjoying himself and is willing to go on as long as God sees fit.

In that context, his remarks were more like pragmatic musings on the actuarial realities of life today and on his own trust to discern when it would be best to step aside, if it comes to that.

So he could have another day, another year -- or several more years.

"No age limit and no resignation on the horizon for the Argentinian pope," wrote the Italian journalist Andrea Tornielli of La Stampa, who has known Francis since the pope was Cardinal Jorge Mario Bergoglio of Buenos Aires, Argentina.

This pontificate doesn't have "a 'term limit' or an 'expiration date' because it is not predictable," Fr. Antonio Spadaro, a Jesuit journalist in Rome who knows Francis well, tweeted in exasperation. "It is rather a pontificate of 'urgency.' "

How much Francis can accomplish in whatever time he has is the big question, and as Francis would say, only God knows the answer.

Pope watchers gambling on a conclave in the next year or two may want to hedge their bets.

Vatican | Will Pope Francis have a short papacy? Don't bet on it