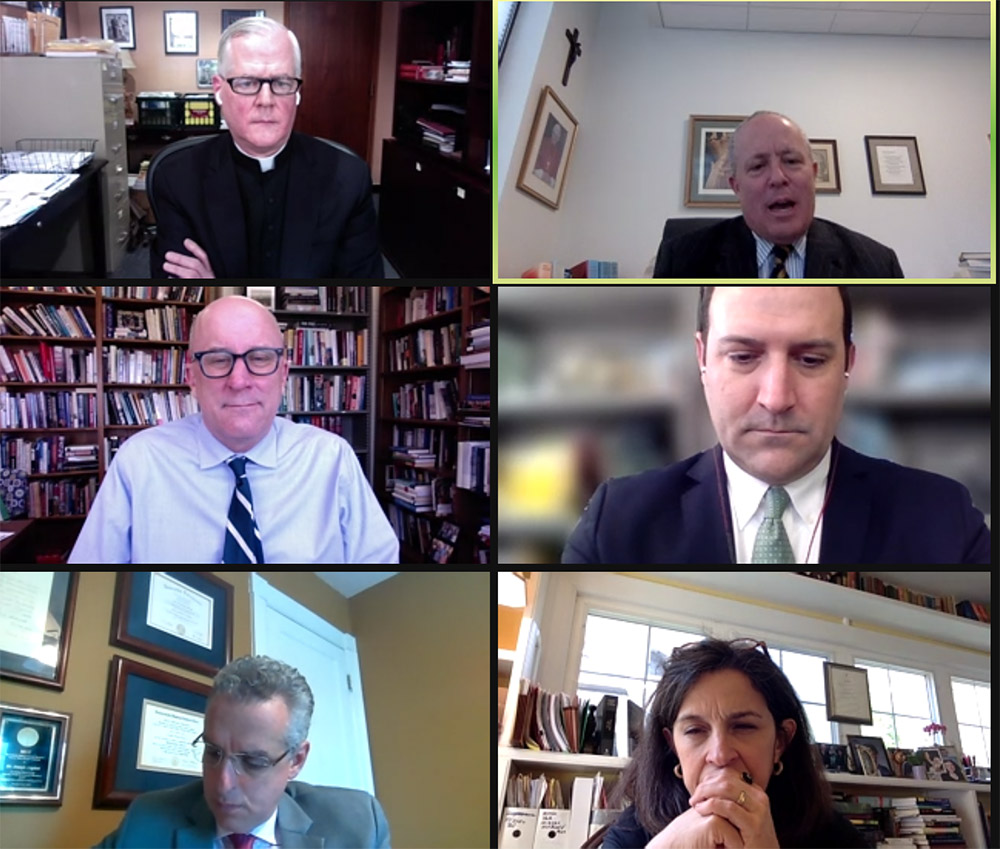 What do President Joe Biden and ex-Cardinal Theodore McCarrick share in common? According to the organizer of a recent conference on Biden's Catholicism, the two men have been "abandoned" by the church's pastors for not having been barred from Communion.

The Vatican's McCarrick report, which chronicled his decades of abuse of minors and seminarians and was released last fall, illustrates "what happens when the church fails to be church by preferring instead to be, as a practical matter, to be a bureaucracy," said Villanova University professor of law Patrick McKinley Brennan on April 23.

"What McCarrick needed was callously denied," he said, going on to argue by comparison that Biden's support for legal abortion demands that "the church's pastors ... show the truth" and deny the president Communion.

Brennan was the convener of "Taking Measure of the 'Biden Effect': American Catholics and the President," a virtual conference hosted by the Charles Widger School of Law at Villanova University.

The conference comes nearly three months after the U.S. bishops disbanded a controversial working group to address issues stemming from Biden's Catholicism and areas in which he differs from church teaching on public policy. A proposal to produce a teaching document on "Eucharistic coherence or consistency" was sent to the U.S. bishops' Committee on Doctrine, with some bishops publicly advocating for Biden to be barred from receiving Communion.

The Villanova gathering added to that intensifying debate within the U.S. church and elevated a number of voices of those sympathetic to denying the president Communion. Biden's two local bishops in Washington, D.C., and Wilmington, Delaware, however, have said they would not deny him Communion in their respective dioceses, and Pope Francis has signaled an eagerness to find ways to collaborate with the Biden administration.

Brennan voiced frustration during the conference that the media has sought to portray the pope as an ally of Biden, citing Francis' recent participation in Biden's Earth Day climate summit last week and zeroing in on a tweet from the pope's official Twitter account last December wherein he used the phrase "build back better," which was a Biden campaign slogan.

"The pope, in quoting candidate Biden's mantra, created the impression — whether he intended it or not, I cannot say — that he supported the candidate," Brennan said.

The slogan, however, was taken from the United Nations International Day of Persons with Disabilities, for which Francis had released a message, and a link to that message was included in his original tweet.

Brennan's remarks criticized church leaders for allegedly ignoring canon law "over decades" when it came to McCarrick's misdeeds and failing "to take ownership" over both the former cardinal and the Catholic president alike.

"Mr. Biden is also aware that the church judges his [support for legal abortion] ... to be formal cooperation [with evil]," said Brennan in his opening remarks for the conference. "For that reason, he is not, in the judgment of the church, fit to present himself to receive holy Communion."

Brennan was followed by Francis Maier, a longtime speechwriter and assistant to retired Philadelphia Archbishop Charles Chaput, who is among those who have argued that Biden be denied Communion to avoid causing "scandal."

Maier, who voted for former President Donald Trump "reluctantly" in 2016, but "more peacefully" in 2020, said that despite not supporting Biden's election bid, he believes his presidency is "good news" for the U.S. church, as it may force the church to confront some of the tensions that the president embodies in being a practicing Catholic but disagreeing with church teaching on certain matters.

Maier went on to cite a series of interviews he had recently done with bishops around the country. "None was encouraged by Joe Biden's election, not one," he said. "They had conflicting opinions about Donald Trump, but all were uneasy about Biden," adding that they believed the president's "long-term impact on church-related matters was strongly negative."

By presenting himself as a faithful Catholic, Maier said Biden helps "normalize the administration's policies and actions that directly attack key Catholic beliefs on abortion, sex, family and marriage. This has the effect of marginalizing bishops as doctrinaire, out of touch and seemingly aligned against the message of mercy preached by Pope Francis."

Maier said Biden "ignores" Catholic teaching on the "reception of the Eucharist, which stretches back to apostolic times." 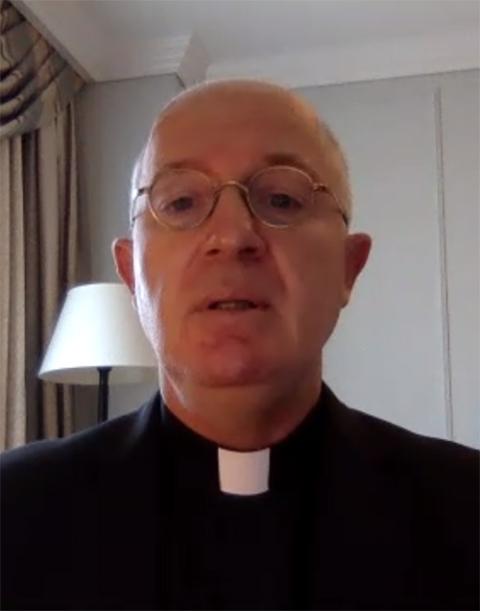 Opus Dei priest Fr. Luke Mata, in his remarks, faulted what he described as the "scandalous display of disunity [among bishops] disagreeing and contradicting each other in public about what to do about our second Catholic president."

While Mata said that he could not speak to the sincerity of Biden's faith, he said the president is "certainly a very misinformed, or worse, disingenuous Catholic."

In surveying the president's positions on abortion, religious liberty and gay marriage, Mata described them as "immoral" and "clearly evil."

Mata said that from a spiritual perspective, priests and bishops have neglected the practice of fraternal correction as "the rationalizing of his behavior is causing scandal among many Catholics."

"The words and actions of some bishops are making the scandal even worse," he said, without naming names.

Fr. Gerald Murray, a priest of the New York Archdiocese and regular EWTN contributor, concluded the conference with a review of a number of documents from the Vatican's doctrinal office and the church's Code of Canon Law.

Murray, a canon lawyer, said Biden "obstinately perseveres in manifest grave sin," by failing to uphold the moral law when it comes to issues of abortion and gay marriage, and thus Biden should be denied Communion.

Murray told attendees that Biden has a "deficient understanding of his obligation as a Christian and therefore something that is subject to public correction."

Although the subject of Biden's reception of the Eucharist was a common recurrence throughout the daylong event, none of the conference speakers addressed the fact that both Pope John Paul II and Pope Benedict XVI personally administered Communion and presided over public Masses in which pro-choice politicians received the sacrament.

Despite a predominantly unified front among most conference speakers in their approach to Biden, University of Notre Dame historian John McGreevy offered a markedly different message.

"I don't think bishops should deny Communion to Joe Biden because of his position on abortion, I don't think American Catholic bishops need to be more firm as to how they deal with President Biden, and I don't think it's terribly problematic, as a historian, for bishops to disagree in public," McGreevy said.

As the conference concluded and panelists considered how American Catholics might more effectively engage in the public square, McGreevy said that while there was general consensus among most of the panelists, there is a long historical tradition of different types of engagement and the majority one put forth during the conference "is not the only Catholic viewpoint."

"I would just caution us against assuming that our interpretation of what the church needs is the only Catholic view," he concluded.

This story appears in the Bishops, Biden and Communion feature series. View the full series.
A version of this story appeared in the May 14-27, 2021 print issue under the headline: Should Joe Biden be denied Communion?.