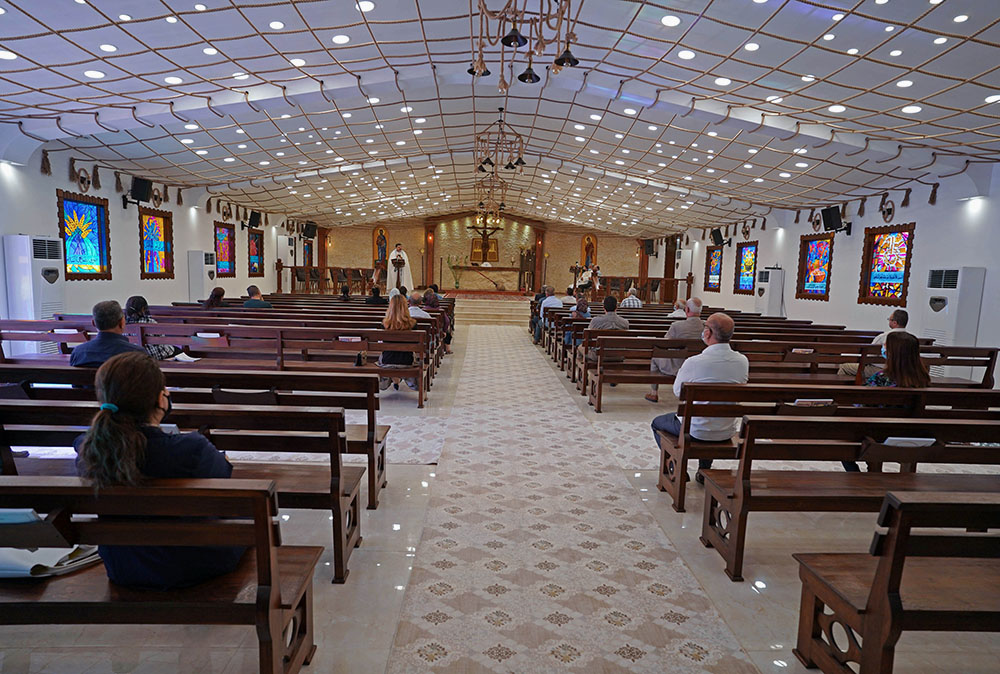 Christians across Iraq are eagerly anticipating Pope Francis' planned March 5-8 visit to their country, the pontiff's first sojourn abroad since 2019.

Although Christians represent a small minority of the Iraqi population, perhaps numbering 1 million out of a total population of 39 million, they trace their lineage to the earliest decades of the faith.

Presented here are portions of recent interviews with five Iraqi Christians in Baghdad and Erbil, focusing on their hopes for the papal visit. The interviews have been edited for length and clarity.

Nenous Najeeb and Sana Hanna are Syriac Christians. In 2005, two of their children were killed when an unidentified armed group broke into their home in Baghdad's Al'Ma'mun neighborhood.

Najeeb and Hanna said their family has faced discrimination because of their Christian faith. Najeeb also lost most of one leg during the 1980-88 Iran-Iraq war. 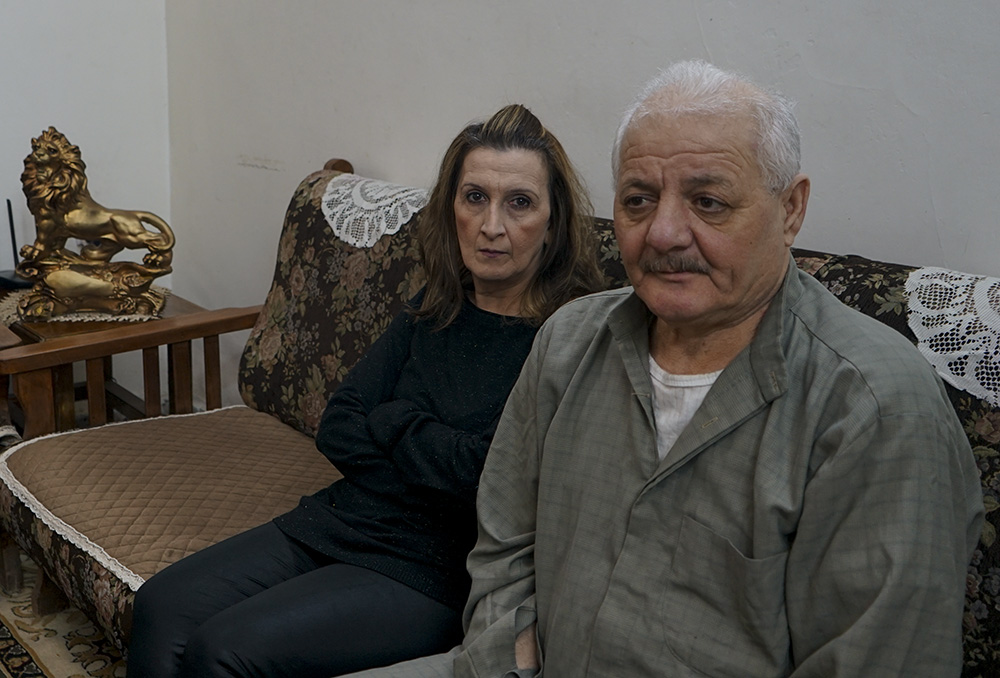 NCR: What does it mean to you that the pope is coming to Iraq?

Najeeb and Hanna: We have been waiting for this visit for a long time. The pope should meet with us and with others who have been discriminated against so he can have an idea of our situation, so he can see what needs we have.

I wish the pope would talk about discrimination when he meets with Iraqi leaders. It's something important for us. But I believe that Iraqi leaders will tell the pope that things are fine for the Christians here and they are protected by the government.

Fr. Ramy Simon, 53, is part of a community of Dominican friars in Baghdad. 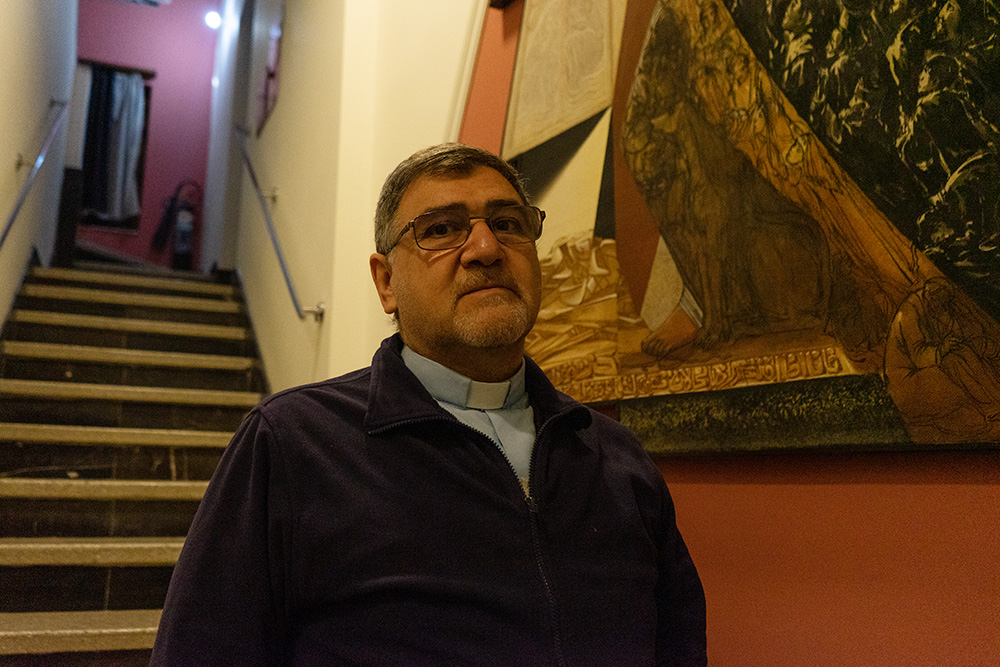 Simon: It's a huge and important event because Iraq and the Christians of Iraq have been waiting for this visit for many years. It gives hope for all Iraqis and especially Christians that things will get better in the country, despite the big challenges that we face.

As the pope is the head of the Catholic Church, he is keen to plant hope everywhere, and that by itself will bring good to the country.

Is there anything you hope the pope learns about Iraqis or Iraqi Christians during his visit?

I think the pope already has a lot of information about the Iraqi Christians. The pope knows about their courage, the strength of their faith, and their love for their country. Perhaps the pope can hear from the people about what they are personally suffering from and what the country is going through.

If you could speak to the pope, is there anything special you would want to say to him?

I would express my happiness for meeting him. And if he asks me about our life here and the things we are living through, I would talk to him about the bravery of the church in Iraq. I might also talk to him about our wish for the unification of Christian holidays here, such as Easter. It's something very important for us.

Fr. Majid Kamel Makdisi is part of the St. Dominic Monastery in Ankawa (near Erbil). 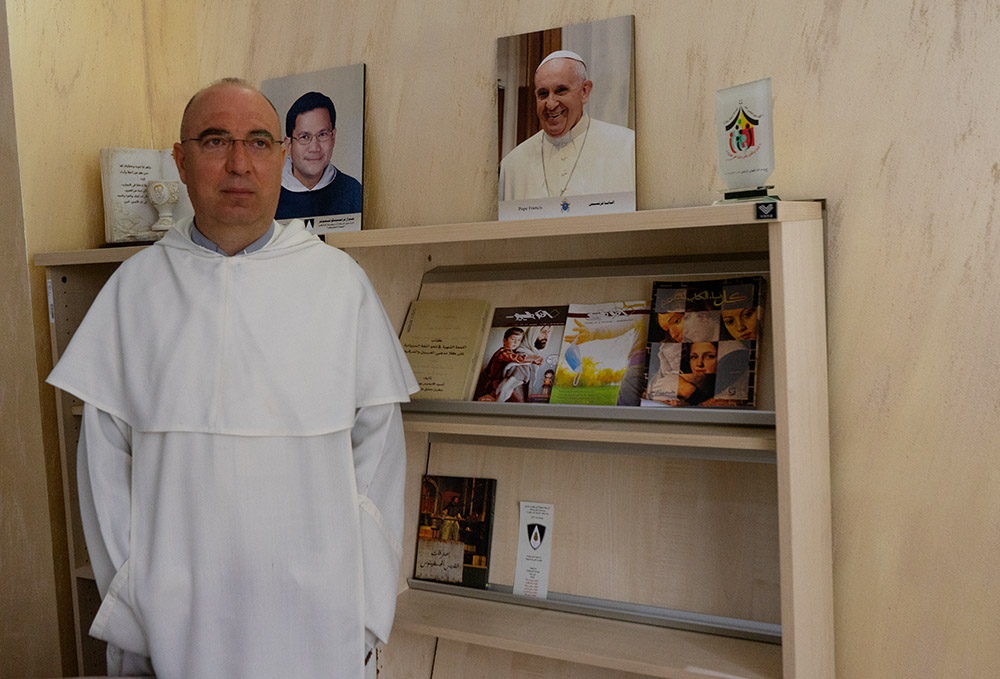 Makdisi: The pope is someone who watches over his flock and has love for them. He has compassion for his wounded people. This love made the pope make the initiative to come here and take the risk. Despite his age and his health condition, he wants to come to check on his people.

He comes here to tell us: "I am with you and I am in solidarity with you. I love you despite the pandemic and everything else."

With the hard times we are living in now there is a message of solidarity, brotherhood and love. He comes to express this message with his official and personal presence. With this, he tries to be close to everyone. He is the pope of the poor.

Do you have any worries about the pope coming while there is still the threat of the coronavirus?

I do have fears about this. We are worried about the pope's safety as well. But we hope and pray that the visit will pass well. And we have to learn a lesson from this visit that we are wounded and someone is coming to tell us, "I am with you and I love you." And love is important, as it will allow us to have a brighter future.

Shahad Majid, 34, lives in Erbil and works as a journalist for the Ankawa radio station.

Majid: As Christians in Iraq, it's something huge for us that the pope decided to visit here and that Iraq is his first visit since the beginning of the COVID crisis. We think that maybe with this visit, the pope wants to show us that he is thinking of us.

Is there anything you hope the pope learns about Iraqis or Iraqi Christians during his visit?

I wish the pope to see that we as Christians were one of the original people to come here but now, unfortunately, we are being treated as second-class citizens in Iraq. Because of this, many Christians have decided to leave the country. Many Christians who are still here are thinking of leaving Iraq.

Do you have any worries about the pope coming while there is still the threat of the coronavirus?

My worries are more about the security situation more than the health situation in Iraq. There were attacks in Baghdad less than one month ago and we are still not sure who was responsible for them.

We are told that suspects were arrested but we do not know the group behind them. My worries for the pope are more about his security more than our health.