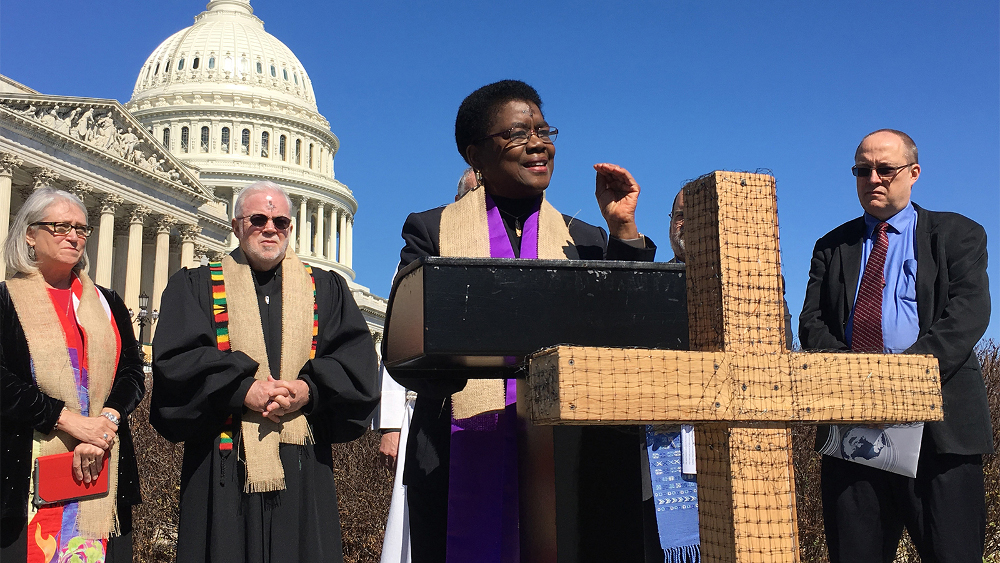 The months ahead of midterm elections, often a time of lower turnout among African-Americans and others, have become a focus of passionate activity by black Christian leaders.

"The attacks on the Voting Rights Act and other setbacks in civil rights have alerted the faith community that we need to take action," said the Rev. Barbara Williams-Skinner, co-chair of the National African American Clergy Network. "We need to be proactive and not reactive."

It's been five years since the Supreme Court invalidated a key provision of the VRA, and voters in almost two dozen states face stricter rules. In response, black denominations and networks focused on people of color and the poor are gearing up in hopes of getting more people to the ballot box in November:

Stricter rules at polling places — such as ID laws — could lead to people being turned away on Nov. 6. Pastors and other leaders can serve as advocates on their behalf, said Williams-Skinner, who is also CEO of the Maryland-based institute.

"We're saying that vulnerable voters need to have protection and we believe that the most respected leaders (and) the influential stakeholders should be there," she said. "As they stand in line with people, people will stay in line no matter what happens."

Before its Washington-area activities this week, the AME Church held an "annual empowerment seminar" in June in Atlanta to encourage its leaders to be involved in educating prospective voters in the upcoming elections. In one announcement, Bishop Frank Reid III, chair of the denomination's Social Action Commission, stressed the need for turnout "in this important spiritual and political season."

In an interview, Reid explained that the call to elective action relates directly to the desire of church members to address social justice issues.

"We're concerned about voter registration and voter turnout because without those things we cannot make America fair for the elderly who need affordable health care, our children, especially poor children," he said, "who in the past received health care and food."

Likewise, Faith in Action is talking with prospective voters about issues they care about, from the alleviation of poverty to mass incarceration. As the midterms near, the network is partnering with historically black denominations and justice-centered evangelical organizations to focus on minority communities that generally get little attention in get-out-the vote efforts.

"Our work is really about making sure that our communities have access to resources, to skills, to tools that can maximize the vote," said the Rev. Michael McBride, director of Faith in Action's Live Free campaign.

Although pre-election activity is reaching a new volume with the election just two months away, some groups shone attention on the issue earlier in the year.

At the annual convention of the Rev. Al Sharpton's National Action Network in April, U.S. Rep. G.K. Butterfield, D-N.C., was among the speakers on a panel about the black church and voter mobilization. He explained that congregants can't knock on doors as representatives of their congregation and advocate for a particular candidate. But they can be involved in a range of nonpartisan activities.

"If the church is engaged in a get-out-the vote effort, you can use a church van, church bus, church resources as long as it's not a partisan activity," said Butterfield, a lifelong Baptist who co-moderated the panel featuring clergy and political action committee leaders.

Church of God in Christ Bishop Talbert Swan, who was one of the NAN panelists, said in a recent interview that the changes in voting rules that often affect African-American communities — such as reductions in early voting opportunities — have made the initiatives more necessary.

"I think there's a renewed sense of urgency because it seems that the nation is trying to go back to a time prior to voting rights of African-Americans," said Swan, who cited the Supreme Court's nullification of a key provision of the VRA. "While it's still on the books, we essentially right now don't have a Voting Rights Act, which is the reason why states across the nation can opt to put in place voter suppression regulations and laws." 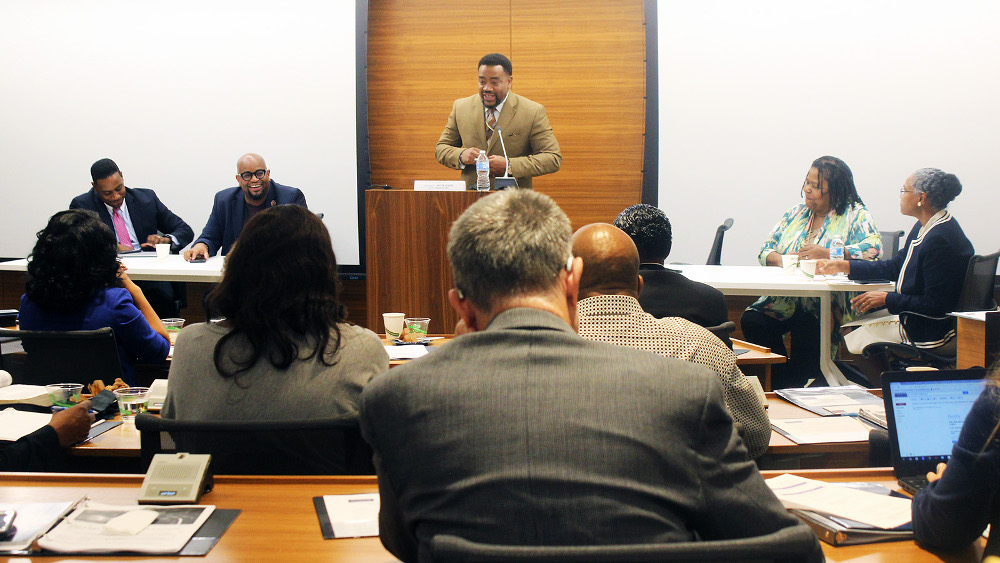 Bishop Talbert Swan, the leader of the Church of God in Christ’s Nova Scotia jurisdiction, addressed a summit of the Seymour Institute for Black Church and Policy Studies at the Museum of the Bible in Washington, D.C., on Aug. 21, 2018. (RNS/Adelle M. Banks)

The Rev. Kelly Brown Douglas said that in the past, the Supreme Court was seen as an ally, handing down dramatic civil rights court decisions, such as the Brown v. Board of Education ruling that declared school segregation unconstitutional.

"Particularly when we talk about civil rights and people of color and African-Americans, our progress has come because we've had the court on our side," said Douglas, dean of the Episcopal Divinity School and canon theologian of Washington National Cathedral. "We don't have that. We've lost that."

Trump's 2016 win, which shocked and disappointed many black faith leaders, has certainly been a galvanizing factor as some voters head to the polls with renewed energy.

Black Protestants made up 7 percent of voters in the 2016 election, according to Pew Research. Ninety-six percent voted for former Secretary of State Hillary Clinton, while only 3 percent voted for Donald Trump.

Overall, African-Americans made up 10 percent of voters, according to Pew. Ninety-one percent supported Clinton, while 6 percent supported Trump. Pew also reported their turnout was down compared with the 2012 election.

But, citing how the black faith community was credited with helping defeat Roy Moore in his bid to become an Alabama senator, Douglas said it is possible to have successful get-out-the vote campaigns that remain nonpartisan.