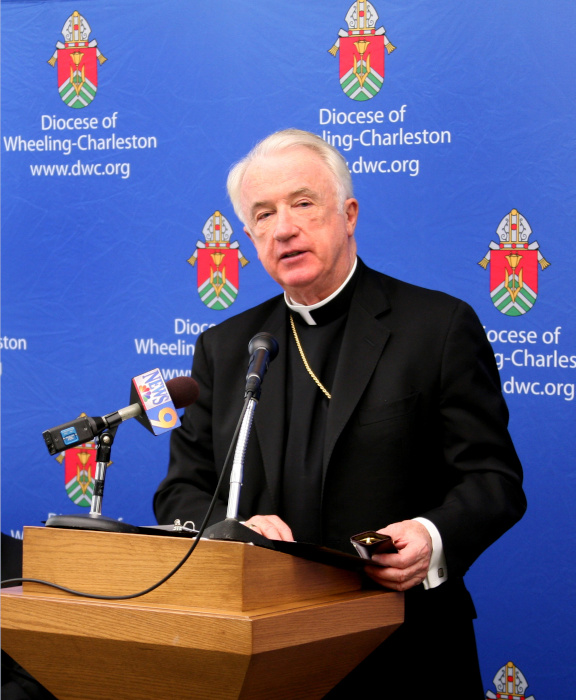 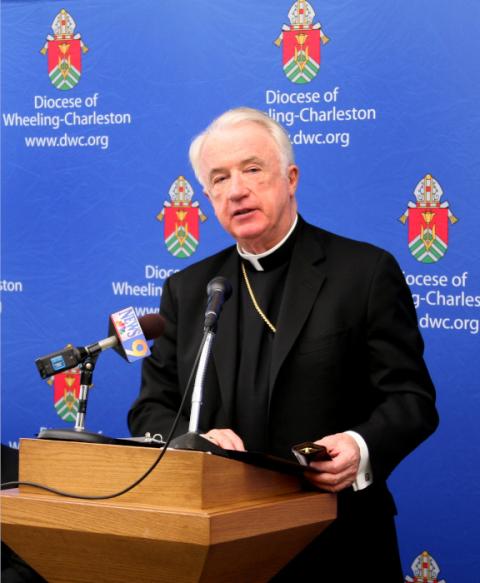 A national newspaper published a document that, it says, is a copy of a report now in the hands of the Vatican, detailing what witnesses say transpired during the tenure of the retired bishop of the Diocese of Wheeling-Charleston, as well as other allegations of sexual misconduct while he was the rector of Washington's Basilica of the National Shrine of the Immaculate Conception.

The Washington Post published the 60-page document Dec. 23 on its website, which describes previously published accounts of alleged abuse and financial misconduct by retired Bishop Michael J. Bransfield, including "troubling incidents" that caused concern by some church workers that he may have targeted minor altar servers for abuse, though there's no conclusive evidence that he carried out the abuse, the document said.

The newspaper said it published the account because of "significant" public interest and because it hadn't received an answer from Catholic Church officials about whether the report would be released. In it, investigators describe a culture of fear and power fueled by the abuse of alcohol and prescription pain killers on the part of Bransfield, who was the head of the diocese from 2005 until 2018. However, the report looks at what it calls "predatory behavior targeted at seminarians, young priests and other young men" from 1982-1987, while he was at the country's largest Marian shrine in Washington.

During his time there, the report says, he employed "grooming" behavior toward young men, including conversations of a sexual nature, giving cash or other gifts and favors, touching young men and each time increasingly invading their personal boundaries to see how far he could go. One of his alleged targets, whose professional position was redacted in the report, said the former bishop would glance at him below the waist. He then allegedly would touch his "genital area in the presence of this individual." Some seminarians who came into contact with the prelate said they found him "creepy" and told of closed-door meetings he would demand in his office at the shrine, according to the document.

Those who shared their accounts said the experience had a "profound negative psychological effect on them," the report says.

The document details behavior that seemed to worsen with his arrival in West Virginia, where he had access to the diocese's finances, and he used the money to buy gifts for young men, to take them on private travel and indulge an appetite for alcohol. The report includes a heavily redacted incident when Bransfield, and a person whose position is unknown, traveled during an unspecified date to Castel Gandolfo, where the pope has a summer residence, and where the bishop allegedly slapped the person's buttocks, "which upset (name redacted) greatly."

Another heavily redacted incident tells of "convocation events in May" after which "the bishop drank to excess one evening and exposed" himself, then pulled the unnamed person toward him and ran his hands over his chest then on his genitals.

In a section describing concerns about minors at the Cathedral of Wheeling, the report says an unnamed person observed the former bishop "grooming" some of them "and told the Delegate for Administrative Affairs that he believed parents should be warned against having their children serve as altar servers for the bishop."

Once incident describes the retired bishop pushing money into the hand of a former altar server at a restaurant and picking up the tab for his family's dinner.

"The young man's mother was deeply concerned about the interaction she witnessed between the bishop and her son," the report says.

Though many seemed to have witnessed some of the behavior publicly or were told about it, no one seemed to challenge the bishop because of fear, even after they heard fearful accounts of young priests or seminarians, or they didn't want to endanger their careers in the church, the document says. Instead, they watched as a steady stream of young men headed into the bishop's path, even as they occasionally seemed to fear what could happen to the men at the hands of the prelate.

The document's findings say that "Bishop Bransfield subjected multiple seminarians and priests to unwanted sexual overtures, sexual harassment and sexual contact, beginning no later than the time of his employment as Director of Finance and Executive Director/Rector of the National Shrine in Washington, D.C."

Though it details many alleged incidents of sexual improprieties, it also documents two men who lived with the former bishop in Washington, and who remain close to him, who said they never saw any of the behavior described.

The document says it was prepared for Archbishop William E. Lori of Baltimore, who was tasked by the Holy See with investigating the goings-on in West Virginia during Bransfield's time there.

The story by The Washington Post said that even though the Federal Bureau of Investigation seems to be investigating the matter, related to an accusation that retired Bransfield allegedly touched a 9-year-old during a field trip to the District of Columbia, it's unclear whether they have read the report.

The Post story says that Tim Bishop, a spokesman for the Diocese of Wheeling-Charleston, told the newspaper in a statement, that the diocese "paid the costs associated with the investigation because it was warranted by the conduct of its former bishop," and that the "Holy See commissioned the preliminary investigation, thus the report belongs to the Holy See."

Pope Francis accepted Bransfield's resignation Sept. 13, 2018, but the bishop left under a cloud of allegations of sexual and financial misconduct. This past July the pope announced disciplinary actions for Bransfield, prohibiting him from living in the Diocese of Wheeling-Charleston and from presiding or participating anywhere in any public celebration of the liturgy.

The full report is available at https://wapo.st/bransfieldreport.