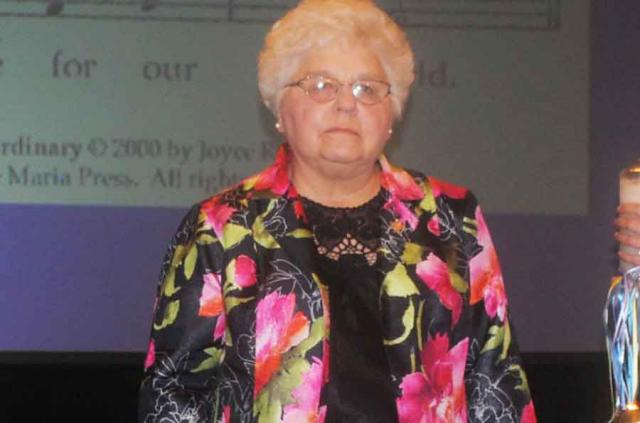 Dallas
Leadership Conference of Women Religious president, Franciscan Sister of Perpetual Adoration Marlene Weisenbeck, delivered her last address as head of organization Aug. 13 in a multi-media address on the topic of hope. The theme of this year’s assembly here was “Hope in the midst of darkness,” reflecting the turbulent times Catholics and the wider world community faces.

LCWR, in particular, has gone through a difficult year. The organization is under the cloud of a Vatican doctrinal study; meanwhile, U.S. women religious communities are in the middle of a three-year Vatican investigation, officially called an Apostolic Visitation, into the quality of life in their communities.

Just last May, LCWR, along with a number of other Catholic organizations, split with the U.S. bishops in their assessments on health care legislation. The women religious supported the legislation, saying it would bring needed health care to 33 million; the U.S. bishops opposed the legislation, saying it allowed federal funding for abortions, an interpretation of the bill that LCWR did not share.
In her address, Weisenbeck termed here year of presidency as one “of contrasts and unexpected events.”

Said Weisenbeck: “We have taken pride in the ongoing ‘Women & Spirit’ exhibits, supported the efforts of the CHA [Catholic Health Association] and Network for health care reform, hailed the courage of Bishop Kevin Dowling in South Africa, and enjoyed honored recognition from the U.S. House of Representatives, the Chicago Mayor and City Council, and Pax Christi. We also found ourselves quavering with the continued ecclesial inquiries and canonical assessments, shocked by the planetary quakes in Haiti and Chile, Turkey and Mexico, the Gulf oil spill, mudslides in China, and disturbed by emerging news about sex abuse scandals around the world -- not to mention the quakes that health care reform generated within our church and country.

“Amidst all the systemic unrest that these explosive events engendered, we have called ourselves to hope in the midst of darkness. We dare to articulate how our ecclesial role as women religious is calling us to mission. We do not have to mimic our founders to find the answer about how to do this. St. Francis said, ‘I have done what is mine to do. May Christ show you what is yours.’ In other words, the gospel will show us what to do, how we must act with the attitude of Jesus who emphasized an inclusive love of all in right relationships.” 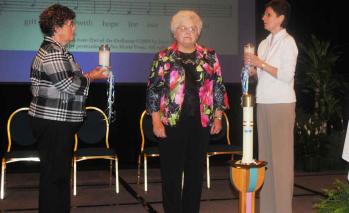 She told the women that hope should not be tentative or fuzzy, but rather it must be articulated clearly. She called upon them to offer a “disciplined, articulate and explicit description” of a hopeful outlook so that others can understand and appropriate it for themselves. “We must get the word out that Jesus is the center of our lives, that generosity and goodness are what the world thirsts for, that difference, diversity and dialogue are not dirty words but central to Trinitarian life at the heart of human relationships in community. We must be a testimony of hope to the world.”

Weisenbeck called upon the women to express hope as prophets, artists, healers and lovers.

Weisenbeck concluded by saying that women religious have been moving for 50 years through “massive renewal and re-imagining.” “Some call it deconstruction. Now we are in the time of the Resurrection Waltz of re-integration. This still point of the turning world is where the dance is. We must shore up the foundations that make hope possible, live in hope and not just wait or look for it – ‘fierce faithfulness,’ this is called.”

Said the outgoing president: “Let us remember, however, that we will be known more by what we affirm than what we deny. Our whole being tends toward what we hope for. But we also know that the prophet, who is always concerned about a better future, is not known for nuance. Its two greatest enemies are conformity and comfort. Grounded in a sublime principle of the Second Vatican Council, we wait in stubborn hope for truth to impose itself by virtue of its essence as it wins over the mind with both gentleness and power.” 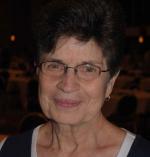 During the assembly, LCWR gave its 2010 “Outstanding Leadership Award” to Immaculate Heart of Mary Sister Margaret Brennan. Brennan is a theologian, a former LCWR president, and a professor emerita of theology at Regis College (University of Toronto) where she taught for 25 years. She is author of the recently published, “What Was There for Me Once (Novalis),” a personal memoir. Brennan recently spoke to this reporter of her spiritual renewal following the Second Vatican Council, saying it was built upon three pillars: the house of prayer movement, Ignatian thought, and the entrance of women religious into deeper theological education.

Also during the assembly, LCWR elected Franciscan Sister Pat Farrell of Dubuque, Iowa as its new vice president, meaning she will assume the LCWR leadership in one year, following the term of Dominican Sister Mary Hughes who assumed the presidency at the close of the Dallas assembly. Farrell has spent extensive time in Central and South America, working as a missionary in Chile and El Salvador. Her election was seen as nod toward increasing LCWR ties with the larger world community of women religious.

[Tom Fox is NCR Editor. His e-email address is tfox@ncronline.org.]