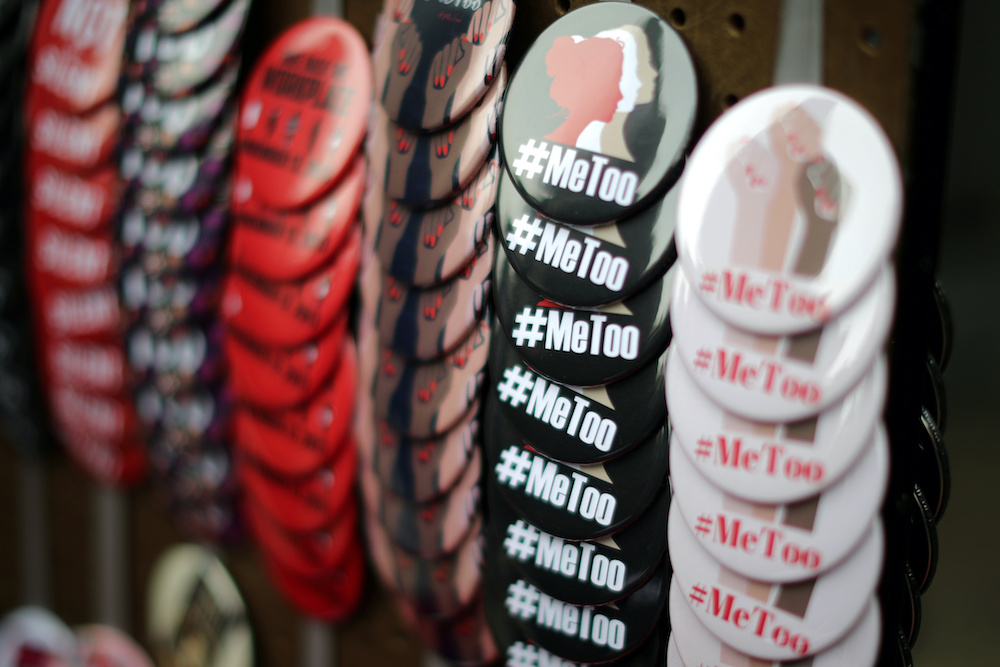 The political arena displays a dizzying spectrum of how to handle accusations of sexual misconduct. On one end, is the immediate forced resignation by the Democrats in 2017 of Minnesota Sen. Al Franken over a photo taken in 2006 and other accusations, without an independent investigation. On the other end, also in late 2017, Roy Moore's unsuccessful bid for Senate in Alabama had the full weight of the Republican Party behind him, despite numerous credible accounts of sexual encounters with underage girls.

To the extent that political bodies can learn anything from the Catholic Church, the lessons are in the failings, say Catholic activists, feminists and survivor advocates, who have studied the fallout from the 50-year history of sexual abuse by clergy and coverup by bishops.

Their advice: approach investigations with concern and respect for survivors at the center, avoid politicizing allegations and institute reforms to prevent further sexual assault.

"Prioritizing fidelity or membership to a club or a party over accountability to victims is a mistake, and I think that the both the Catholic Church and government parties have been guilty of that," said Julia Feder, an assistant professor of systematic theology at Creighton University who has studied sexual trauma.

"That party affiliation seems to be an end in itself mirrors the Catholic Church's responses to their own human rights violations," she said.

"It always behooves the institution to protect itself. When the [perpetrator] is part of an institution — such as a priest or politician — they always have vested credibility simply because of their position within an institution," she said. "You can always make the victims go away."

With a presidential election on the line, the Democratic Party is, so far, moving forward with Biden's nomination. Meanwhile, the Republican Party has largely ignored Trump's history of assaults since the 2016 campaign.

Biden, who has denied the accusation, said he is open to an investigation into Reade's allegation. Journalists' investigations have cast doubts on Reade's claim, pointing to significant changes in her story with only contemporaneous and shifting corroboration. Other publications have spotlighted her character and compared her memory with that of her fellow staffers from the time, none of whom heard any rumors or allegations of Biden engaging in sexual misconduct.

Such investigations may never be truly conclusive or satisfying to either party, given the lack of witnesses, the decades between the investigations and the incident, and the fact that assault victims rarely recount their attacks in a linear, coherent narrative. 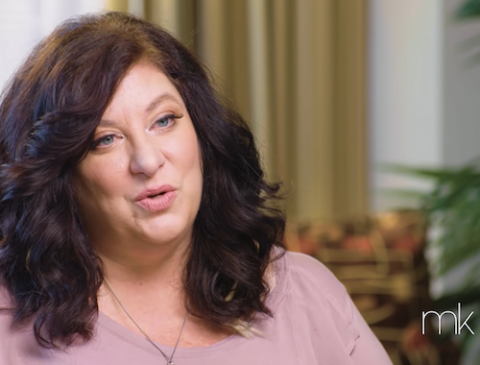 Screenshot of Tara Reade from interview with Megyn Kelly posted on YouTube, May 8, 2020

Voters are left trying to decide whom to believe. Believing the perpetrator's innocence is appealing, because to believe the victim holds an implicit demand of action, said Kelly Stewart, who studied feminist and queer theory and Catholic sexual and reproductive ethics at Yale Divinity School.

"It then puts you in the position to act, and you'd be taking sides with less power, less recognition, less money in many cases," Stewart said. "And it also means you have to reevaluate an institution you admire or is important to you."

"Believe women" — the popular mantra born of the #MeToo movement — is easily weaponized, especially when a prominent figure is accused. The wake of the scrutiny is often confusion: Is the saying supposed to be taken at face value, meaning society should believe all women? Or is it really about taking all women seriously? Which women get the benefit of belief?

Cathleen Kaveny, who teaches law and theology at Boston College, believes what makes people nervous about non-disprovable accusations is that, "if it's enough to get you kicked out of being a contender for the Supreme Court or the presidential race, then people in the opposition have a reason to fabricate.

"And you can worry about that even though you believe that under normal circumstances, most people don't fabricate this kind of claim," she said.

When children or people who have been sexually abused come forward, particularly those abused in the church, their stories are often hard for people to relate to or understand that something like that could even happen, said Kathleen McChesney, a former executive director of the U.S. Conference of Catholic Bishops' office of child and youth protection, and a former F.B.I. executive. 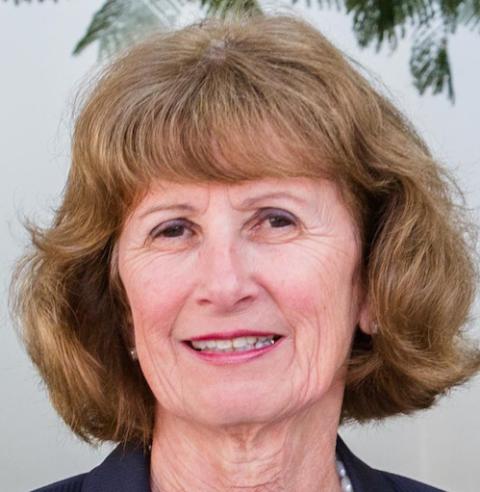 "We have to be able to believe that people can be victimized just because they're unable to defend themselves," she said.

When popular pastors or priests are accused of abuse, McChesney said, their vocal supporters often railroad and shame the victims, saying it couldn't have possibly happened. The same happens when celebrities or politicians are accused.

The church failing to recognize sexual violence as a cultural issue of clericalism, instead reducing the issue to "a few bad apples, is also a mistake that tends to happen in government," said Feder.

In Biden's case, such parallels are evident in discussion of whether he is a "good guy" or not, she said. "He could have done exactly what Tara Reade is explaining and still thought at the time that he wasn't doing anything wrong."

These changing, nuanced conversations represent a "development of moral doctrine," for both the church and society, Kaveny said.

"We're seeing things differently, and it took a while for the church to pick that up," she said. Priests molesting minors, for example, is no longer considered a mere violation of chastity; now it's understood as abuse that causes long-term damage to victims.

Evolving moral doctrine comes with a set of legal challenges, she said. "How do you adjudicate older cases? What sort of standard do we use? And that's always a complicated question."

Casteix was sexually abused by a high school teacher when she was 15; she doesn't believe such behavior was ever acceptable. "I don't care that times were different. They need to be held by today's standards for their behaviors of yesterday," she said.

Some activists and advocates are skeptical that an honest investigation of a politician like Biden is possible, given how invested political parties are in the success of their nominees.

Hilary Scarsella, director of women and gender studies at Colgate Rochester Crozer Divinity School, is concerned that such an investigation could have dynamics similar to the church's cover-up, "where the leadership investigating itself is able to control the outcome of the investigation."

Those who fear another four years of Trump view the timing of Reade's allegations against Biden with suspicion, as this revelation could ultimately tip a presidential election.

But activists have cautioned against politicizing the charges against Biden, of diving straight into the political implications of what her accusation means for the country.

Church leaders are no strangers to weaponizing cases of sex abuse, as evidenced by the recent example of former Cardinal Theodore McCarrick, who was found to have sexually abused minors and vulnerable adults. Prominent bishops used the case as an opening to criticize Pope Francis, though McCarrick was promoted multiple times under Pope John Paul II and had long retired before Francis' papacy.

In a viral tweet thread, Tarana Burke, the activist who started the #MeToo movement, lamented that the world right now is a "zero-sum game where absolutely no one wins, in part because most people weighing in at the moment don't actually care about transforming a culture of sexual violence." Instead many are invested in the entertainment or political value of Reade's story, she said.

"Survivors deserve more than being used as a political football by disinterested parties," Burke tweeted.

Within circles of sexual abuse survivors, many find it painful to feel like they're not allowed to express solidarity with Reade without being perceived as politically threatening, said ethics scholar Scarsella.

"Survivors who are rightfully re-traumatized or pained or angry over learning Tara Reade's experience are being re-silenced in order to protect the outcome of the election by people who are supposed to be their allies," she said.

"As a society, we need to develop the capacity to tolerate complex space where we can say, 'We're in a terrible situation, and some of us are going to choose to vote for Biden anyway,' " she said. "And at the same time, we can recognize and be emotionally present to those for whom this brings up intense pain and not disparage them." 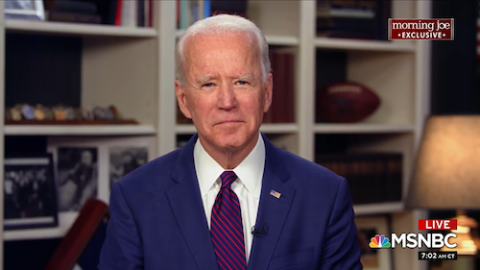 Screenshot of former Vice President Joe Biden from interview on MSNBC on YouTube, May 1, 2020

Voters who want to support survivors of abuse should fight the temptation to opt out of the political process entirely, recognizing instead the importance of public pressure to bring about action, activists say.

"We can't say, 'We have two perpetrators and their actions cancel each other out, so it's best not to dirty our hands in the political process at all,' " Feder said.

Feder added that it's important for allies to lean into their disappointment that these are their two options for president. "That pain is a valuable insight, and we can use that pain to inspire engaged political action."

Still, she said allies should evaluate the candidates' policies through the lens of their concern for assault survivors. "What is actually going to reduce the amount of violence against women, children and vulnerable adults?"

Though the church's process of accountability is ongoing, Stewart noted that the changes that did happen were due to lawsuits and public exposure; the same will be true for the political party in power, she said.

"From an ethical, moral standpoint, from a Catholic standpoint, and, for me, also from a feminist and social justice standpoint, I have to think about what kind of pressure we can collectively apply here," Stewart said.

Prioritizing specific, practical reforms that reduce the number of sexual assault victims, Feder said, should be paramount for Catholics: They shouldn't be tempted to take intellectual positions that don't end up helping the vulnerable.

"Catholics could easily get into some kind of abstract notion of exalting women or exalting children without actually thinking, 'What are the concrete measures that we can take to concretely ensure women's safety at home, in the workplace, in churches, in schools?' " she said.

And, just as the Catholic Church is still in the process of restoring trust, politicians and other religious and secular organizations will face similar challenges, said McChesney, who works with dioceses regarding clergy misconduct.

"If you can make the process of transparency and accountability work, it's an everyday process," McChesney said. "It only takes one incident to tear it all back down again."

A version of this story appeared in the June 12-25, 2020 print issue under the headline: Politics can learn from the church about sexual assault.