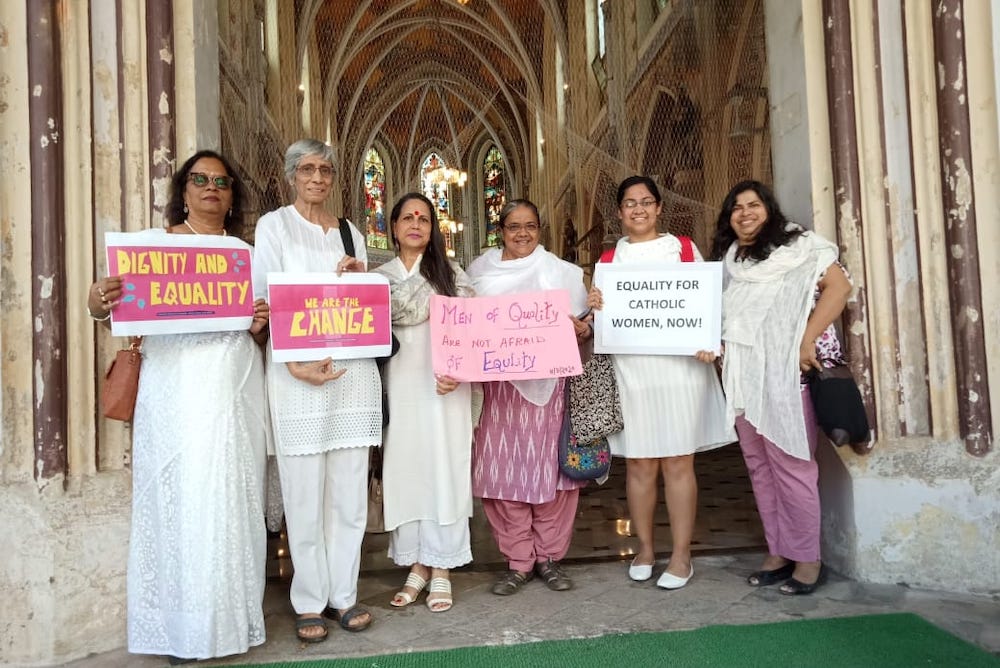 About 150 Catholic women in India have delivered a petition to Cardinal Oswald Gracias, asking that he take concrete steps to better include women in decision-making roles in the global church.

The women are partly responding to a February NCR interview with Gracias, in which the cardinal acknowledged a bias among the members of the Catholic Church's all-male hierarchy against giving women more leadership roles. In that interview, he also said he and his peers must "shed this prejudice."

The three-page memorandum praises Gracias' words in the interview, but asks for "changes in the policies, practices and structures of the Church so that women can participate fully in … leadership."

Gracias is the archbishop of Mumbai, president of the Catholic Bishops' Conference of India and one of six members of Pope Francis' Council of Cardinals.

The petition was partly drafted* by Astrid Lobo Gajiwala, a medical doctor and scientist who has served as a consultor to the bishops' conference and helped draft the organization's gender policy.

Some of the strongest language in the petition refers to that policy, passed in 2010 and the first of its kind in the global church. The policy said the Indian church "rejects all types of discrimination against women as being contrary to God’s intent and purpose," according to the memo.

"Women continue to be discriminated against by keeping them out of decision-making bodies of the Church, which are controlled by clerics," states the memo. "Women have no say in the policy making that shapes the liturgy, worship, theology and practices of the church, including those that affect their own lives."

In the February NCR interview at the Vatican, Gracias said he had become a "convert" to the cause of women seeking more opportunities for responsibility in the church.

"I am now an advocate for women's rights in the church," Gracias said. "I empathize with why women are asking for greater rights."

Gajiwala and several other women delivered the petition March 8 to Fr. K.T. Emmanuel, the judicial vicar for the Mumbai Archdiocese, asking the priest to pass the document on to Gracias. They also attended together one of the Masses that morning at the city's Holy Name Cathedral.

In a brief interview, Gajiwala expressed happiness that Gracias had spoken about women's rights in the church and said women in India "are looking forward to him taking concrete steps to change the existing reality."

Gajiwala said, however, that she was "shocked" that the cardinal attributed his conversion on women's rights to his experience at the February 2019 Vatican summit of bishops' conference presidents in Rome on clergy sexual abuse, where several women spoke.

"Women in India have been asking for places at the decision-making table since the early 1980s," she said. "It seems almost as if he has not been listening to us."

*This article was updated after publication to clarify Astrid Lobo Gajiwala's role in the petition effort.