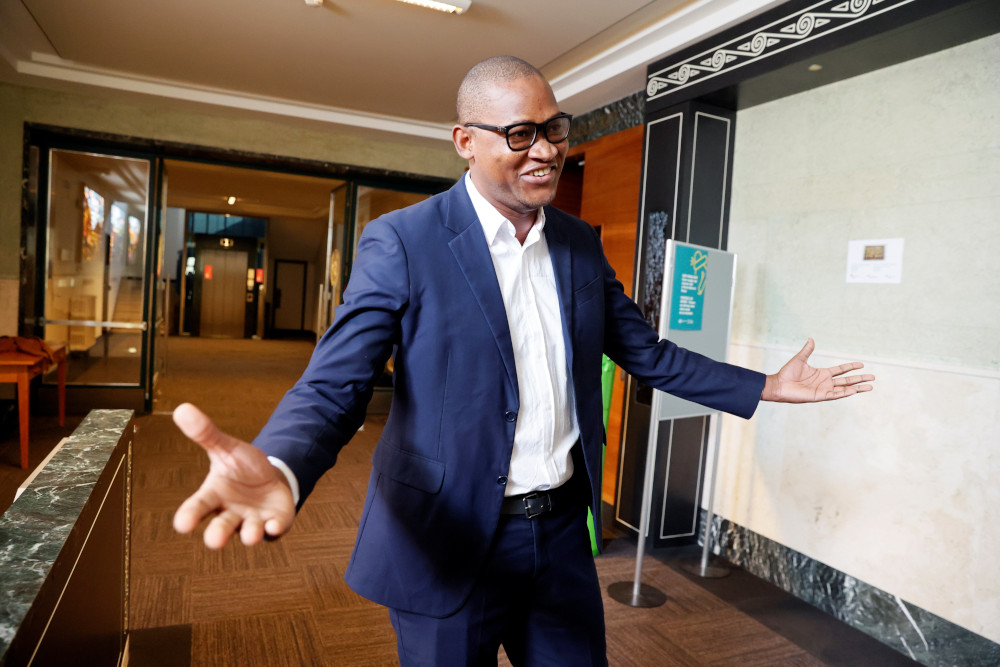 Tomson Phiri, spokesman for World Food Program, reacts at the United Nations in Geneva Oct. 9, 2020, after the agency was awarded the Nobel Peace Prize. (CNS/Reuters/Denis Balibouse)

The committee said it awarded the prize for the World Food Program's "efforts to combat hunger, for its contribution to bettering conditions for peace in conflict-affected areas and for acting as a driving force in efforts to prevent the use of hunger as a weapon of war and conflict."

As the number of COVID-19 cases worldwide surpassed 36.5 million, with more than 1 million deaths, the committee cited the link between the pandemic and hunger and cited the World Food Program's efforts.

"The coronavirus pandemic has contributed to a strong upsurge in the number of victims of hunger in the world," the committee said. It noted that in places such as Yemen, Congo, Nigeria, South Sudan and Burkina Faso, "the combination of violent conflict and the pandemic has led to a dramatic rise in the number of people living on the brink of starvation. In the face of the pandemic, the World Food Program has demonstrated an impressive ability to intensify its efforts. As the organization itself has stated, 'Until the day we have a medical vaccine, food is the best vaccine against chaos.'"

The World Food Program partners with both governments and nongovernmental organizations, including Caritas Internationalis and national Catholic charities around the world.

In a statement after the prize was awarded, the World Food Program said: "The Nobel Peace Prize is not WFP's alone. We work closely with government, organizations and private-sector partners whose passion for helping the hungry and vulnerable equals ours. We could not possibly help anyone without them."