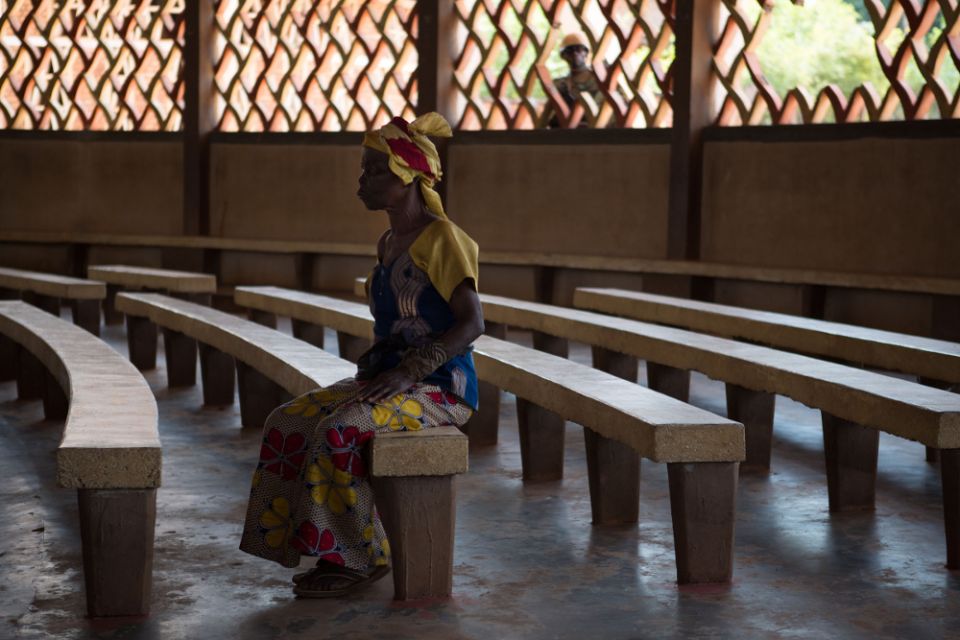 BANGUI Central African Republic — Catholic priests whose villages have been attacked have taken to Facebook to express outrage and appeal for help.

One priest accused U.N. peacekeepers of "deliberately abandoning" his town and leaving parishioners to be murdered by rebels.

"You were warned, but you deliberately decided to abandon this town," said Fr. Jean-Alain Zembi, rector of Zemio, on the nation's border with Congo.

"This community is being sacrificed, and I will hold you responsible for all those dead and preparing to die."

In an Aug. 20 Facebook message, the priest said at least 30 townspeople had been killed when armed groups attacked the police headquarters and hospital, burning houses and stealing valuables.

He added that Moroccan troops from the U.N.-backed military mission, MINUSCA, had initially tried to protect local civilians, but had been unable to prevent "innocent women and children being left to their sad fate."

Meanwhile, another Catholic priest, Fr. Desire Kpangou, said the attackers wore turbans and spoke neither French nor the local language, Sango, suggesting they had come from nearby Sudan.

"If you don't come soon to disarm these people, we will have to organize confessions and a final Mass and viaticum" — giving Communion to and anointing of someone approaching death—"and prepare ourselves and the rest of the displaced people here for the worst," Kpangou told U.N. forces on Facebook.

Aid organizations have reported worsening violence throughout 2017 in the Central African Republic, one of the world's poorest countries. Violence is mainly between armed remnants of Seleka, a Muslim-dominated rebel movement that briefly seized power in 2013, and a mainly Christian militia, Anti-Balaka.

In an Aug. 19 statement, U.N. officials announced a new humanitarian program, after dozens of civilians died in attacks in four cities.

France's Le Monde daily reported Aug. 21 that 80 percent of the country was believed to be under control of armed gangs, including "a myriad of local militias and mercenaries from neighboring states."

Zembi told Agence France-Presse Aug. 10 that his town, 625 miles from the capital, Bangui, had been "ablaze" since June 28, when armed gangs overran it, cutting telephone lines and forcing half of Zemio's 50,000 inhabitants to flee.

He added that bodies had been left on the street outside his rectory, while food, water and medicines had now run out. He told AFP humanitarian organizations had pulled out and MINUSCA forces were barred "by clauses in their contract" from intervening.

Catholics make up a third of the Central African Republic's 4.5 million inhabitants and have been widely praised for sheltering displaced people around the country. President Faustin-Archange Touadera took office in March 2016 on a pledge of stability and reconstruction.

The 12,870-strong MINUSCA force, deployed under a 2014 U.N. resolution, is tasked with "facilitating humanitarian assistance; promotion and protection of human rights; support for justice and the rule of law; and disarmament, demobilization, reintegration and repatriation processes," according its website, but also lists protecting civilians as its "utmost priority."

In an Aug. 7 statement, Stephen O'Brien, U.N. undersecretary-general for humanitarian affairs, said he saw "early warning signs of genocide" in the CAR.