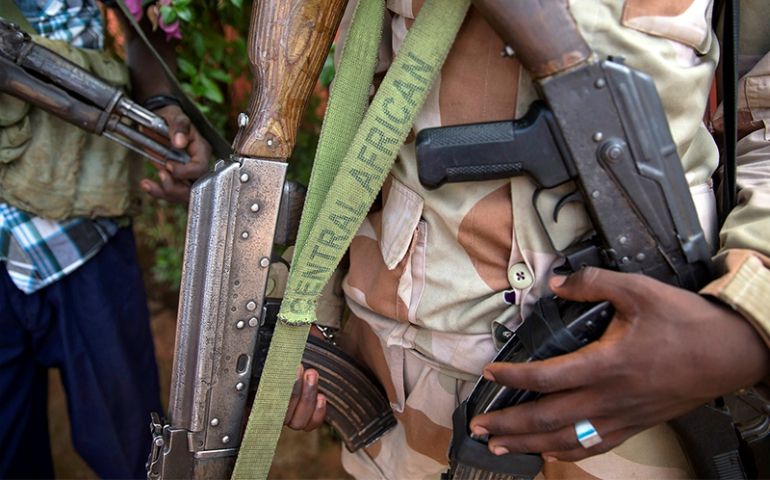 Rome — The government of the Central African Republic and 13 of the 14 armed groups in the country signed an accord aimed at ending an ethnic and religious conflict that has killed thousands of people.

The deal, which was mediated by the Roman Catholic Sant' Egidio peace group and signed on June 19 at their headquarters in Rome, calls for an immediate end to hostilities and recognition of the results of last year's presidential elections.

The country has been plagued by inter-religious and inter-communal conflict since 2013, when the mainly Muslim Seleka rebels seized power, prompting reprisals from the anti-Balaka militia, many of whose fighters are nominally Christian.

The Sant' Egidio group, which is backed by the Vatican and Italy, negotiated the end of the civil war in Mozambique in 1992 during secret negotiations in Rome and has been trying to broker peace in Central African Republic for months.

Political crises have regularly rocked the country and tit-for-tat violence is on the rise again despite last year's presidential election that was aimed at ending the bloodshed.

In two weeks in May, fighting between militia groups killed about 300 people and displaced 100,000, the worst bout of displacements since 2013. Around 2.2 million people, about half the population, need humanitarian assistance, according to the United Nations.

A local radio station said on Monday that as recently as this weekend attacks had been carried out in Yalinga in the country's diamond-rich east. Reuters could not immediately verify the information.

Some expressed skepticism that the deal would hold.

"They signed this document in the context of serious violence that is continuing in the east of the country," said Lewis Mudge, African Researcher at Human Rights Watch.

Philippe Barga, a 40-year-old mason in Bangui, complained that rebel leaders had not kept their word in the past.

"It is those who sign them who don't respect them. I don't believe in this deal," he told Reuters.

The five-page accord, which was signed for the government by Foreign Minister Charles Armel Doubane, calls for the free movement of non-governmental organizations.

The armed militia that did not attend the Rome meetings was one of the smaller ones, the "Retour Reclamation et Rehabilitation" or 3R, Sant' Egidio negotiators said.

They added that its absence was due to logistical problems and that the other signatories were confident that they would be able to convince the group to join the pact.