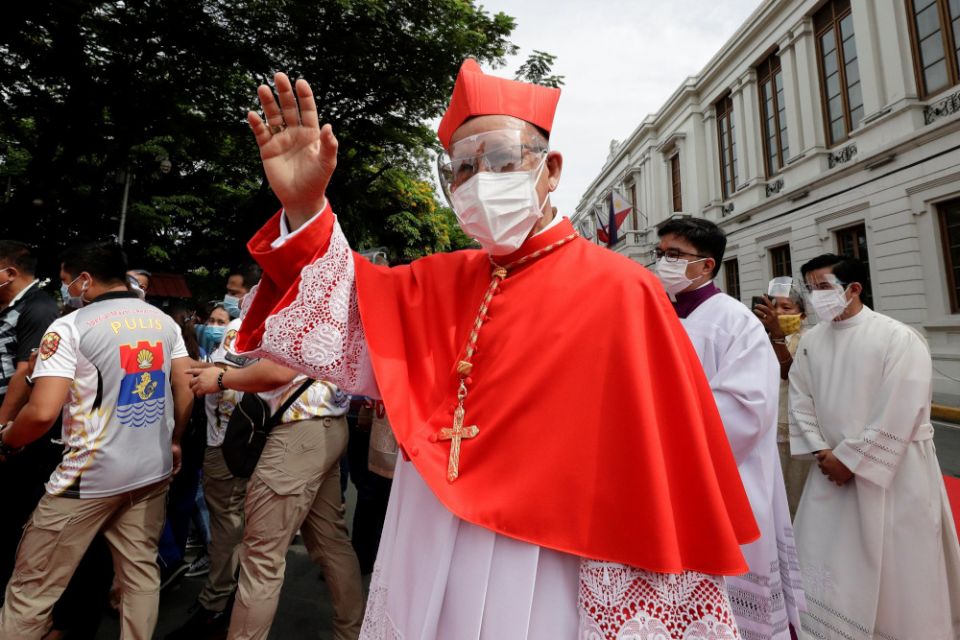 Manila, Philippines — Cardinal José Advíncula was installed as the new archbishop of Manila, the country's largest diocese, in a ceremony at the Philippine capital's historic cathedral June 24.

The new archbishop shared his pastoral vision for his new diocese, reported ucanews.com.

"It is my ardent desire to listen to all, especially the lambs, which represent the youth and the people on the peripheries, because of the least attention given to them by the Catholic Church sometimes," he said.

Likening the poor to lambs, he said: "They are easy prey for the wolves. I cannot feed my flock unless I listen to them first. While listening to them, I may be able to journey with them in their joys and sorrows, in their sufferings and glory, so I may bring them closer to Christ."

The 69-year-old cardinal from Capiz succeeded Cardinal Luis Tagle, now prefect of the Congregation of the Evangelization of Peoples in Rome.

Ucanews.com reported Advíncula said he was aware of Filipino Catholics' expectations of him, one of which was for him to be as "eloquent" as Tagle.

"Like Moses and the prophet Jeremiah, I am not a good speaker. Despite my limitations, God has used them to be his messenger," Advíncula said.

Advíncula entrusted his ministry to the Good Shepherd to grant him the strength not to abandon his sheep in times of trouble.

"Lord, use me. I beg you to grant me to have steadfast faith that you will always be with me. ... If the Lord were to use me as his herald, then that means I should listen attentively to Christ, what he wills me to do with his sheep. Please pray for me that I may have a heart after that of Christ, the Good Shepherd," he said.

The installation was attended by the papal nuncio, Archbishop Charles Brown, along with another former Manila archbishop, Cardinal Gaudencio Rosales, and Bishop Broderick Pabillo, who administered the archdiocese after Tagle left for the Vatican.

Several other bishops and a limited number of priests and civic officials attended the ceremony that was scaled down to avoid the spread of COVID-19.