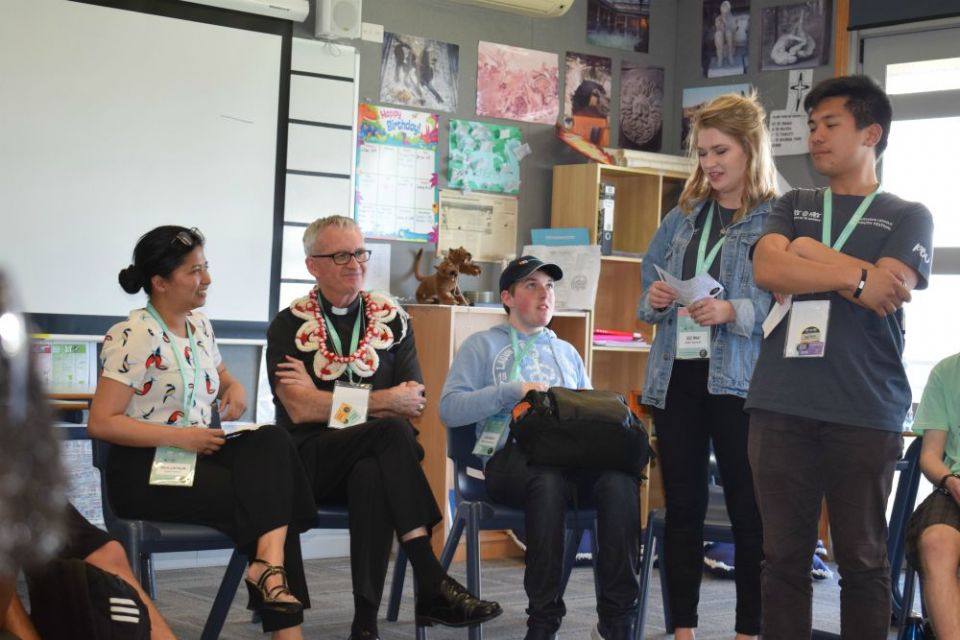 Ponsonby, New Zealand — Can transgender men be priests? Are there rivalries among bishops? What is the hardest thing about being a cardinal?

This story first appear in NZ Catholic, the national Catholic newspaper in New Zealand, published by the Catholic bishop of Auckland. See more at http://www.nzcatholic.org.nz.

The bishops and the cardinal each held a workshop called "Bishop's Banter" at the Aotearoa Catholic Youth Festival, held Dec. 2-3, 2017, at St. Mary's College in Ponsonby.

Lowe responded with an unequivocal "no" to the first question. "It certainly is a different world today from the one I grew up [in]," he remarked.

Dunn was asked the second question to which he humorously replied, "Not that I'd admit to." Then, he explained that unlike other bishops' conferences in the world, the New Zealand Catholic Bishops' Conference is a very small one and that the New Zealand bishops work really well together.

Dew said the hardest part of his job is when people get upset because of the parish priest and he has to talk to said priest.

"We are supposed to accompany them [parishioners] and not cause injury," he said.

The prelates were asked about same-sex marriage and homosexuality, ecumenism, why women can't become priests, and the sex abuse scandal in the church.

He said the issue of homosexuality may be a "Galileo moment" for the church. Galileo Galilei was found "vehemently suspect of heresy" by the Inquisition in 1633 for holding that Earth is not the center of the universe but actually revolved around the sun.

"The psychology is still up for debate, but the church has got to engage with the science and engage with the experience of couples with same-sex attraction," Lowe said.

Dunn said he wrote an editorial in NZ Catholic, the New Zealand national Catholic newspaper, a few months ago about this topic. "We need to make the LGBT people feel welcome. They are beautiful people, but they feel rejected by the church," he said.

The bishops stressed the teaching of the church is that Christian marriages are always between a man and a woman.

When asked how Catholics can engage with people who believe that same-sex marriages or abortion should be permissable, Dew advised them to see what Pope Francis is doing. "He does say that when people are caught up in a situation like that, we don't condemn them. We try and walk with them and make sure they know church teachings so they can make wise and discerned decisions themselves," said Dew.

Dew said Francis has not changed the church's teachings on these matters.

"But he does say if people are in a difficult situation or in a situation that isn't in accord with church teaching, you listen to them, you accompany them, you try and get them to understand. And even if they don't fully understand, you don't dismiss them," the cardinal added.

Dunn, toward the end of his workshop, called on young people to talk to their priests or bishop. "Don't be shy to ask your priests and bishop your questions," he said.

[Rowena Orejana is staff reporter for NZ Catholic, the national Catholic newspaper in New Zealand, published by the Catholic bishop of Auckland.] 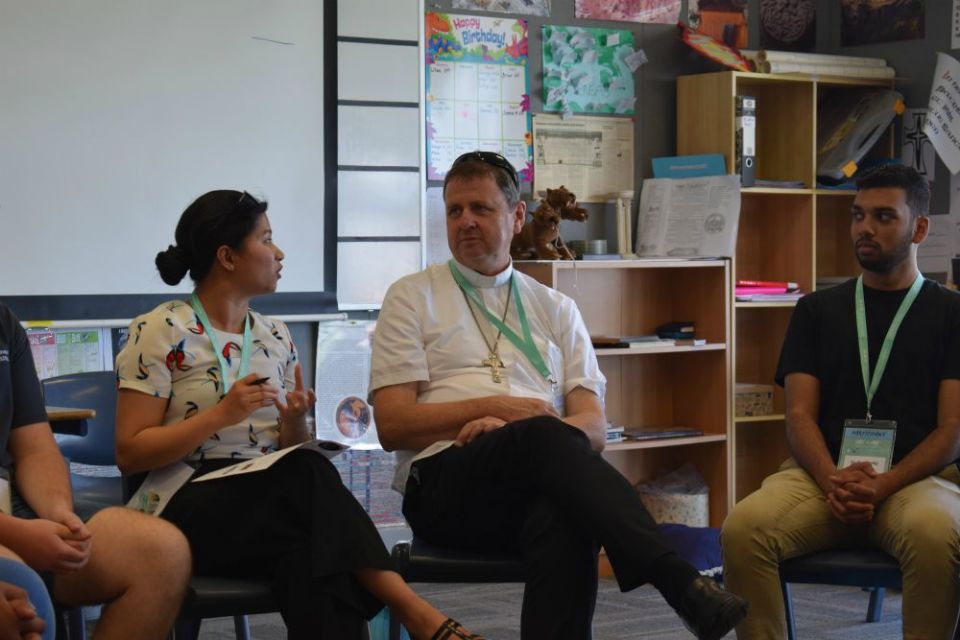