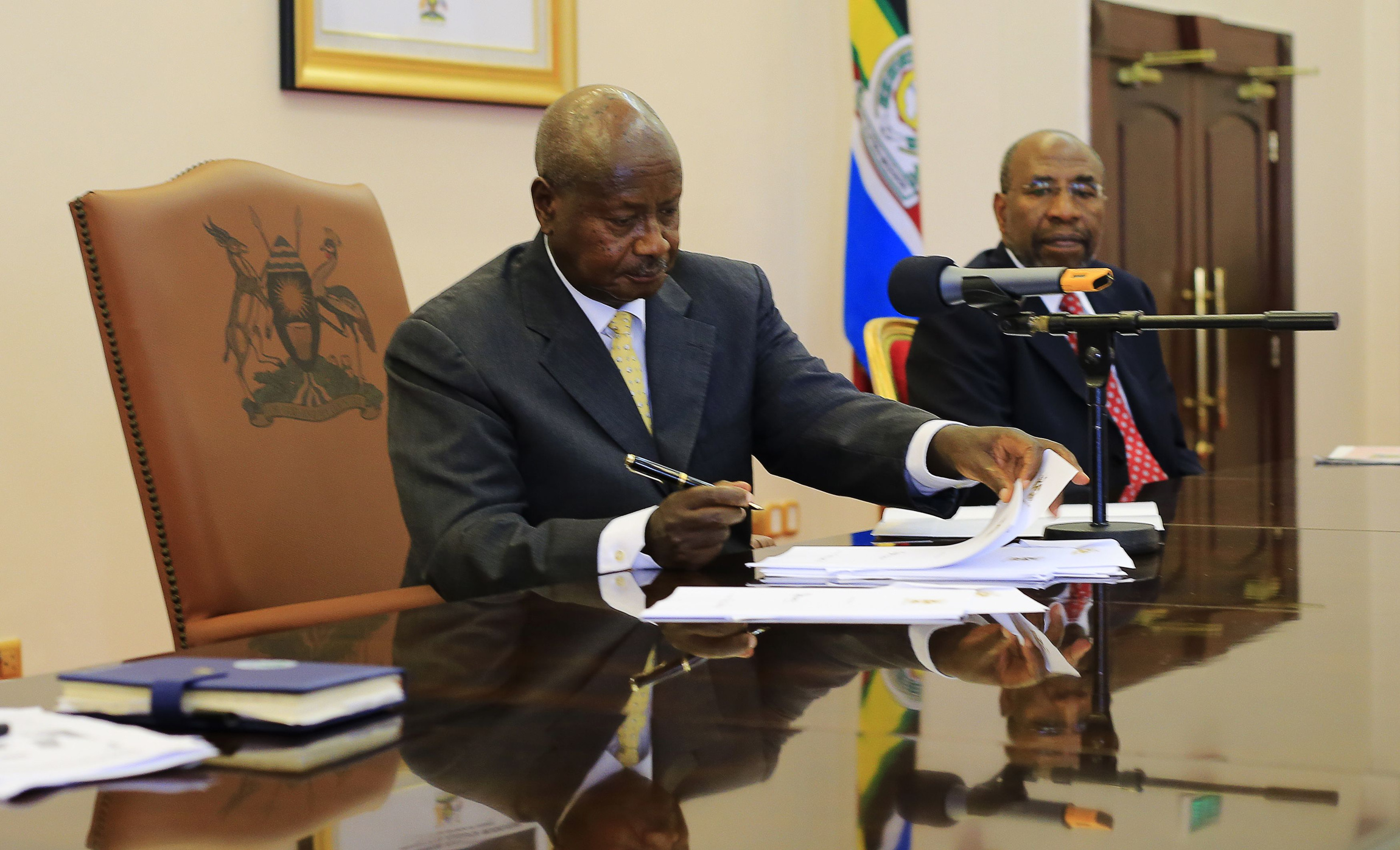 He said that when the anti-gay bill was first discussed, the country's bishops had been against the harsh penalties it involved for homosexual acts, including the death penalty.

"The bishops were not in favor of that," he said. "We were for compassion, and we believe (homosexuals) can change."

He said Uganda's bishops were in a retreat and would not be available to comment on the new law until early March.

"We normally don't want to overreact," he said.

Western donor countries and international rights groups have termed the new law an abuse of human rights and are asking for its repeal.

"The United States is deeply disappointed in the enactment of the Anti-Homosexuality Bill in Uganda," U.S. Secretary of State John Kerry said in a statement.

"This is a tragic day for Uganda and for all who care about the cause of human rights," he said.

In light of the new bill, the United States was reconsidering its relationship with Uganda, which receives millions of dollars in U.S. aid, said Kerry.

"Its passage into law signals a very grave episode in the nation's history," Kagari said in a statement.

There was no immediate reaction from the Vatican on the new law.

Earlier in February, however, the president of the Pontifical Council for the Family, Archbishop Vincenzo Paglia, said that the church's affirmation of the full dignity of all human beings led him to oppose laws that outlaw homosexuality.

Homosexuality is illegal in most African countries, and Western opposition to anti-gay measures is often criticized there as "imperialism."

Museveni maintained the law was necessary and accused the West of promoting homosexuality in Uganda and the rest of Africa.