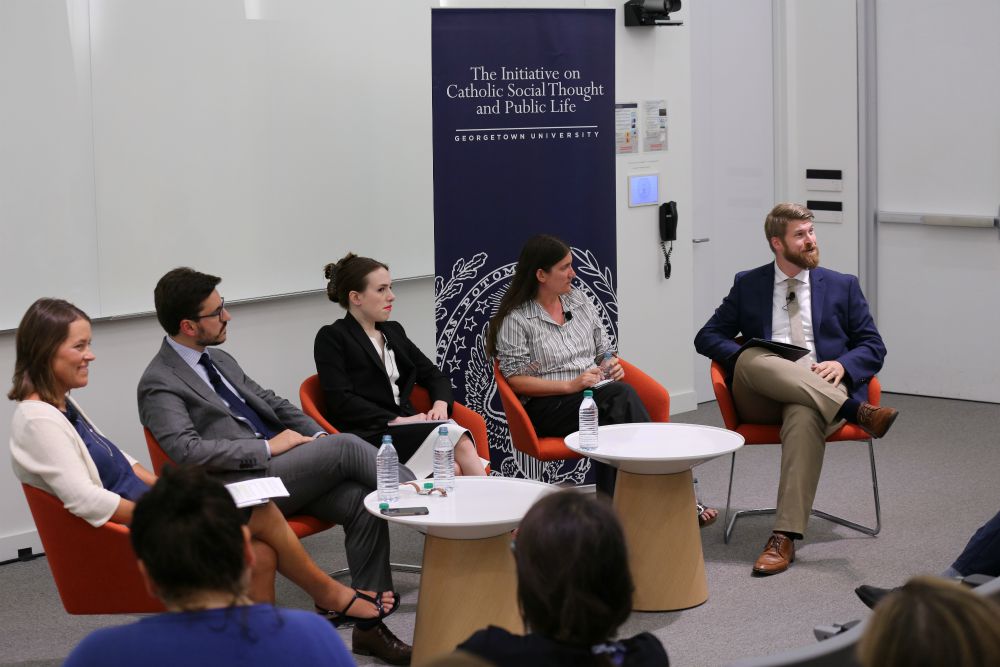 Moderator Kim Daniels, left, with panelists for "Crisis of Faith? Scandal, Pope Francis, the Synod, and Young People," left to right, at Georgetown University Sept, 17: Joshua J. McElwee of NCR, Elizabeth Bruenig of The Washington Post; Eve Tushnet; editor of "Christ's Body, Christ's Wounds"; and Jonathan Lewis, assistant secretary for pastoral ministry for the Washington Archdiocese and a papal appointee to the upcoming Synod of Bishops on the youth (Georgetown University)

The Gospel of Matthew refers to the salt of the earth and the light of the world. It's an apt name for a series of talks — the Salt and Light Gatherings — aimed at young Catholics and hosted by Georgetown University's Initiative on Catholic Social Thought and Public Life.

The first event of the new academic year was held Sept. 17, tackling head-on the aftermath of the latest revelations in the ongoing sex abuse crisis in the Catholic Church. Called "Crisis of Faith? Scandal, Pope Francis, the Synod, and Young People," the panel of four speakers drew a packed house of more than 150 at Georgetown's School of Continuing Studies.

Speaking on the panel were: Washington Post columnist Elizabeth Bruenig; Jonathan Lewis, assistant secretary for pastoral ministry for the Washington Archdiocese and a papal appointee to the upcoming Synod of Bishops on the youth; NCR Vatican correspondent Joshua J. McElwee; and Eve Tushnet, editor of the book Christ's Body, Christ's Wounds: Staying Catholic When You've Been Hurt in the Church.

Those in attendance were largely part of the target audience, and they broke into applause at several points during the 90-minute discussion, each time at references to holding bishops accountable for their misuse of authority and their role in perpetuating a scandal that, for many in the crowd, has been part and parcel of the church for nearly the entirety of their lives.

The mood of the four panelists swung from gallows humor to sincere attempts to answer the moderator's questions of where the church goes from here and what reform looks like. Newly appointed associate director of the initiative, Kim Daniels, led the discussion and repeatedly brought it back to those central issues.

Daniels acknowledged at the outset the anger and frustration caused by this latest blow to the Catholic church, and largely kept the conversation rooted in ways young Catholics can support each other and what the role of the laity might be going forward.

"We said never again a long time ago. And then we said it again. And again. And now we're trying to say it again," she said.

There was some disagreement among the panelists as to whether bishops and laity have "co-responsibility" or whether the bishops hold all the cards, as stated by McElwee*. 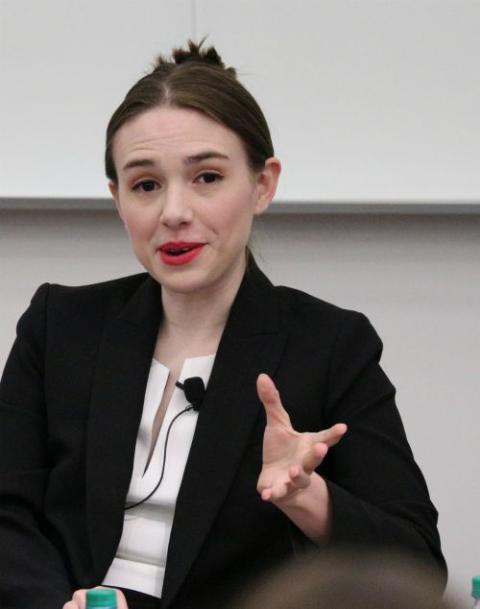 "We are not inconsequential in the life of the church, we are essential," said Lewis, who noted that, historically, reform in the church is almost always the result of the actions of lay people and women religious. "We have to commit to a church and recognize that our witness matters."

While there was no dispute on those points, it was his statement that the laity holds as much power as church leadership that drew some pushback from the other panelists.

"I don't agree with the notion of co-responsibility. It doesn't really exist," said McElwee, who traveled to Ireland last month with Pope Francis, where the pontiff faced accusations of not doing enough to respond to the global church crisis and protecting offenders in the hierarchy. "All power is located with the bishop."

Tushnet addressed more explicitly the question of how victims of sexual abuse and ordinary Catholics in the pews can tend to their spiritual lives. A key to both individual and community recovery, she said, is that victims must be heard and supported, both by their fellow Catholics and by priests. There was little role for the hierarchy in her vision.

"People should assume that the church and leaders of the church are not going to do the things you hope they're going to do. You're setting yourself up for devastating losses," to believe as much, Tushnet said. In short, "assume they'll do the worst." 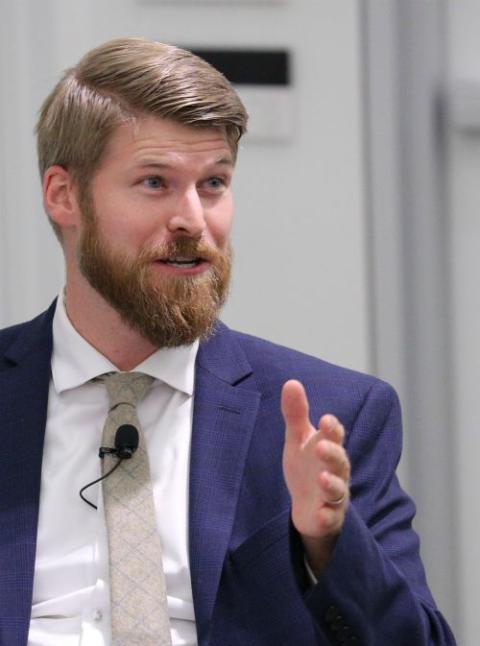 Daniels asked how young Catholics should respond to that disappointment, rather than simply disaffiliating from the church or even from religion generally.

After joking about crying in the chapel during adoration, which drew a big laugh from the audience, Tushnet said she and others must ask what is church, and what is the body of Christ, before recommending that they be with Jesus "in his most helpless form. Being with Jesus in the Eucharist can be uniquely powerful."

Bruenig called the crisis less a matter of authoritarianism and clericalism than a matter of "decadence and weakness in the hierarchy." Bruenig, who has written extensively on the topic, said the bishops should open their files and resign and be replaced "with people who are capable enough to follow Christ."

Bruenig alluded to worse news yet to come out of the Washington Archdiocese, other dioceses across the country and from seminaries, leavening her predictions with dark humor about being trapped in a church "where things are going seriously wrong," but vowing to remain Catholic and continue her reporting.

"I'm not holding a little silence party so we can all enjoy the martyrdom narrative," said Bruenig, who converted four years ago to Catholicism. "I'm staying and I'm going to continue to be furious and report."

Initiative director John Carr, who handed moderating responsibilities to Daniels after a brief introduction, began with a reference to former cardinal Theodore McCarrick, whom he has known for many years and long considered a friend.

"This crisis is personal, professional and institutional," said Carr, who noted that his church is imploding as his country devolves into chaos and his baseball team is out of the running for the World Series. Carr lamented this latest round of news of a church gone awry and expressed sympathy for Catholics who have come of age since the church scandals of 2002 in Boston and elsewhere.

"Younger people have a special sense of what's gone wrong," he said, "because they haven't gotten used to these reports."

*Correction: Because of an editing error, an earlier version of this story misattributed this statement to Jonathan Lewis; it should be attributed to Joshua McElwee.