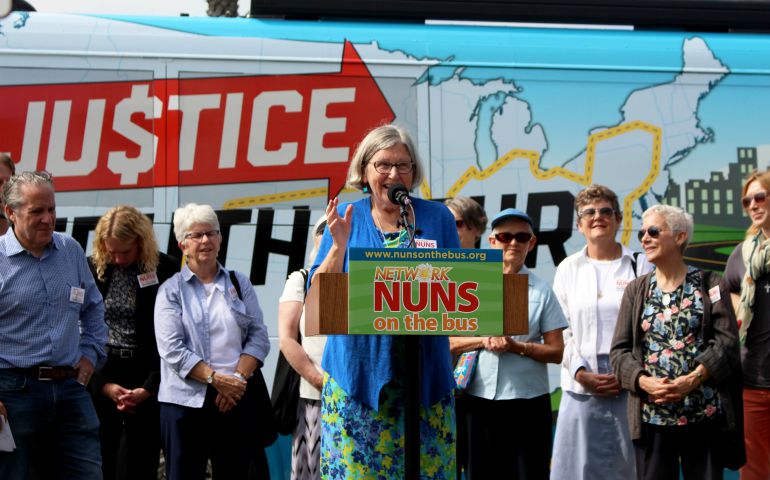 Overlooking the sandy beaches of Santa Monica, the 2018 Nuns on the Bus set off for Mar-a-Lago on Florida's southeast coast Oct. 8 — from "sea to shining sea," said Social Service Sr. Simone Campbell, executive director of Network, a Catholic social justice lobby, which sponsors the bus tour.

After five annual trips starting in 2012, Nuns on the Bus put their bus in park in 2017 to spend time lobbying in Washington, D.C., to stop the Trump administration's new tax policy. Now they're back and more motivated than ever, Campbell said.

"The fact that we lost on tax policy, I guess some people could say I'm a sore loser," Campbell said with a laugh.

The kickoff event for the Nuns on the Bus' 2018 tour, "On the Road to Mar-a-Lago: Telling the Truth about Tax Policy," was held in Los Angeles before a stop at Homeboy Industries and a town hall later in the day.

Network believes tax expenditures should be focused on "strengthening the social fabric of our society and creating strong communities," according to its website.