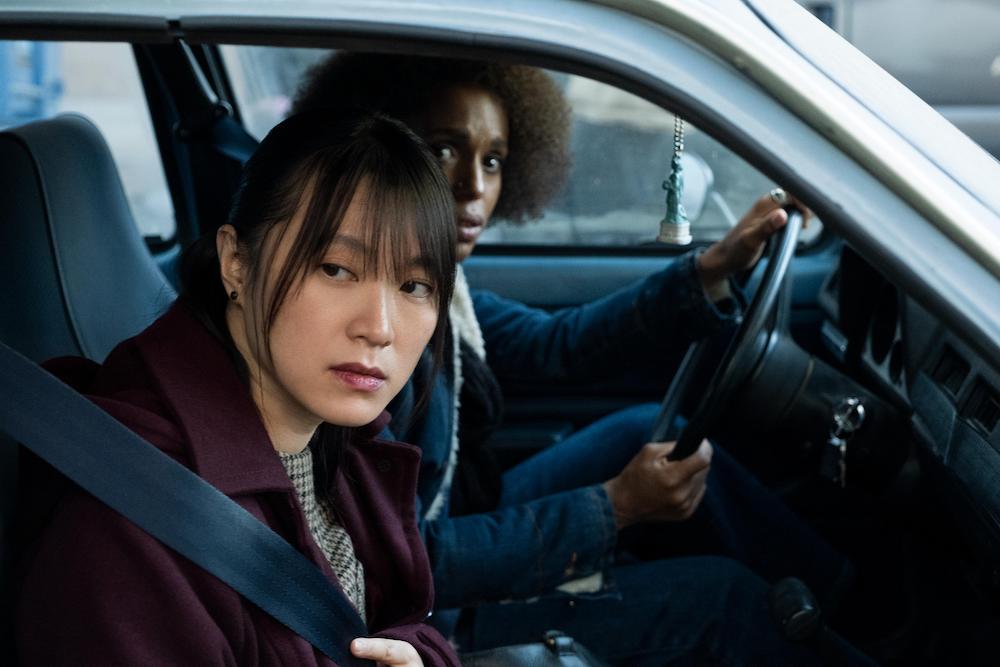 A year and change into the pandemic, we need more from our TV escapes.

In the beginning, I binge-rewatched "The Great British Baking Show" to escape into a world where the worst possible thing that could happen was your bread doesn't rise, or you lose your cool and throw away your ice cream before presenting it to the judges.

And then I binge-rewatched "Gilmore Girls" — a hermetically-sealed world in which "no one is ever truly at risk." The worst possible thing that can get in the way of the "Seinfeldian relative nothingness" of a Stars Hollow day is you break up with a significant other or get in a (temporary) fight with a parent. Even the 2016 "Gilmore Girls" reboot, "A Year in the Life," somehow remained untouched by the seismic cultural shifts of the Black Lives Matter movement.

But these social movements have poked holes in the Stars Hollows of contemporary television, most notably in 2020's "Little Fires Everywhere" and 2021's "Ginny & Georgia."

In "Little Fires Everywhere," Mia's experience as a single Black parent throws into sharp relief the ease and privilege of Lorelai's from "Gilmore Girls." And while critics enjoy comparing Georgia of "Ginny & Georgia" to Lorelai as a "cool TV mom," Georgia's flight from poverty and daily abuse stands in stark contrast to Lorelai's flight from rich yet controlling parents.

The horrific murders of eight women in Georgia (six who were of Asian descent) in March, and the string of COVID-19-fueled anti-Asian hate crimes in the aftermath of the Trump administration, left me meditating on three Asian characters in these shows. 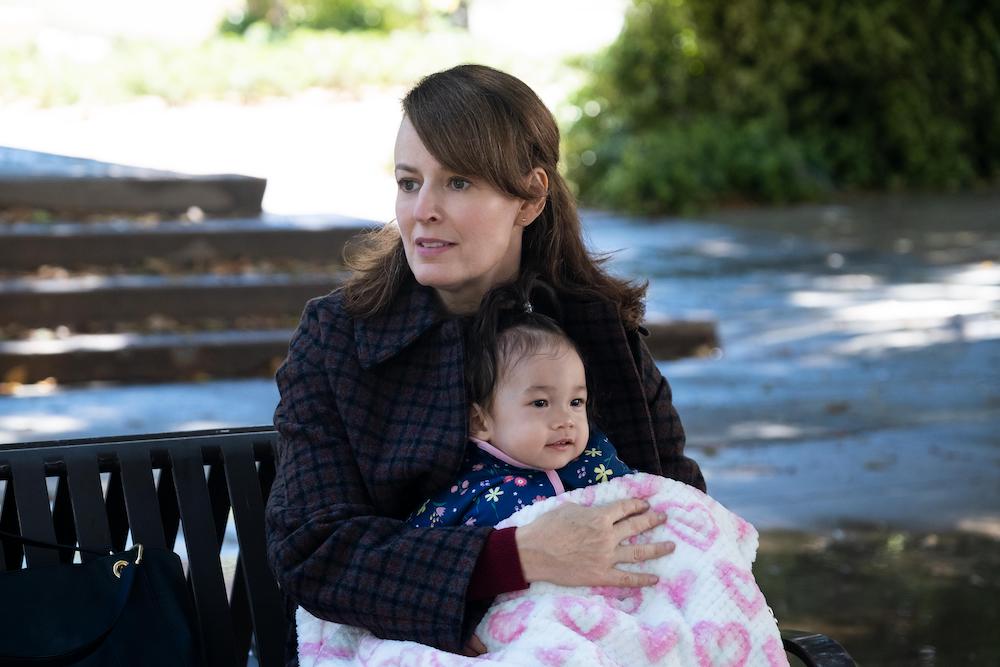 On "Gilmore Girls," we have Lane Kim, a rock-music-loving Korean American daughter of Seventh Day Adventists who hides out with Lorelai and her daughter Rory in her rejection of a mother depicted as severe and Old World. She ultimately marries Zack, the surly lead guitarist of her band Hep Alien, and gives birth to half-Korean children named Kwan and Steve. On "Little Fires Everywhere," we have Bebe Chow, an undocumented immigrant from China who works with Mia at a local Chinese restaurant and is fighting to reclaim her child from white adoptive parents. And on "Ginny & Georgia," we have Hunter Chen, the upper-middle-class, half-Taiwanese overachiever who actively delegitimizes Ginny's frustration at being targeted and punished by her racist English teacher.

If "Gilmore Girls" worked to assimilate Lane into the white, middle-class ethos of Stars Hollow, "Little Fires Everywhere" modeled grounds for solidarity between Black and Asian mothers. Mia and Bebe are both fighting for their children's well-being against the violent specter of the upper-middle-class white families who run Shaker Heights. Mia and Bebe's relationship asks audiences to reckon with the linked oppressions faced by working-class Black and Asian women.

And in "Ginny & Georgia," Hunter Chen (who might have been one of Lane and Zack's half-Asian children) excels in school, dazzles crowds at the Battle of the Bands and gaslights Ginny when she calls out how he benefits from the model minority trope — a trope that actively marginalizes her as a young Black woman advocating for her education. The other presumably Asian characters — Norah, Joe and Padma — are never identified as such, having assimilated into the upper-middle-class white town.

These shows also outline the trajectory of white feminism since 2000 when "Gilmore Girls" first aired.

Beyond passing references to the Bush administration and Palestine/Israel, contemporary politics never pierced Lorelai or Rory's lives outside of pithy one-liners or abstract Yale seminar debates. Other than Lane, no characters of color are featured in the plot line beyond strategic placement at town meetings or sidewalk scenes to evoke a peacefully multiracial small town or school.

In "Little Fires Everywhere," we see Elena's children become painstakingly conscientized around the horrific repercussions of their mother's actions towards Mia and Bebe. Elena goes to drastic ends to support her friends, the white couple waging a legal battle to adopt Bebe's baby. White feminist condescension and failure to understand the struggles of poor and working-class women of color crystallize in a standoff between Elena and Mia. Elena shouts, "A good mother makes good choices!" Mia responds, "You didn't make good choices. You had good choices."

And in "Ginny & Georgia," we see the child of a white mother and Black father struggle to navigate her identity after falling into a white/Asian friend group. Her friends not only fail to understand her oppression but pile on microaggressions, fetishize her and put her in danger. Her friends — one white, one played by a Filipina actor — pressure her to shoplift and then throw her under the bus when all three get caught. And after an initial scene in which Georgia flirts with a white cop to protect Ginny, a few episodes later, she calls the cops on Ginny's 16th birthday party, landing Ginny in jail. 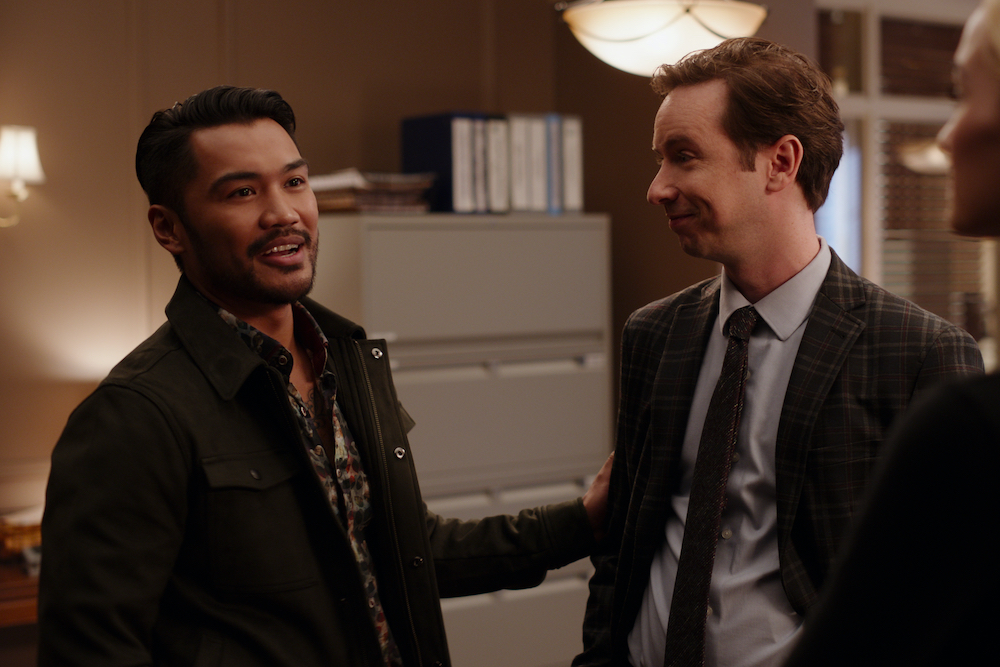 We are not in the early escapist days of COVID-19 any longer. I don't necessarily watch pop-culture shows expecting them to draw directly from the long, linked histories of Black and Asian liberation movements. But the longstanding racist violence targeting Black people, recent resurgence of anti-Asian racist attacks and a newly-conscientized generation ask us to pay renewed attention to the linked struggles of Black and Asian people.

In the aftermath of the sealed-off world of "Gilmore Girls" assimilationism, the Asian characters of "Ginny & Georgia" unmask the complicity of upper-middle-class Asians in anti-Black racism; and the relationship between Mia and Bebe in "Little Fires Everywhere" reminds us to reground our anti-racist politics to the longstanding solidarities among working-class Black and Asian women.