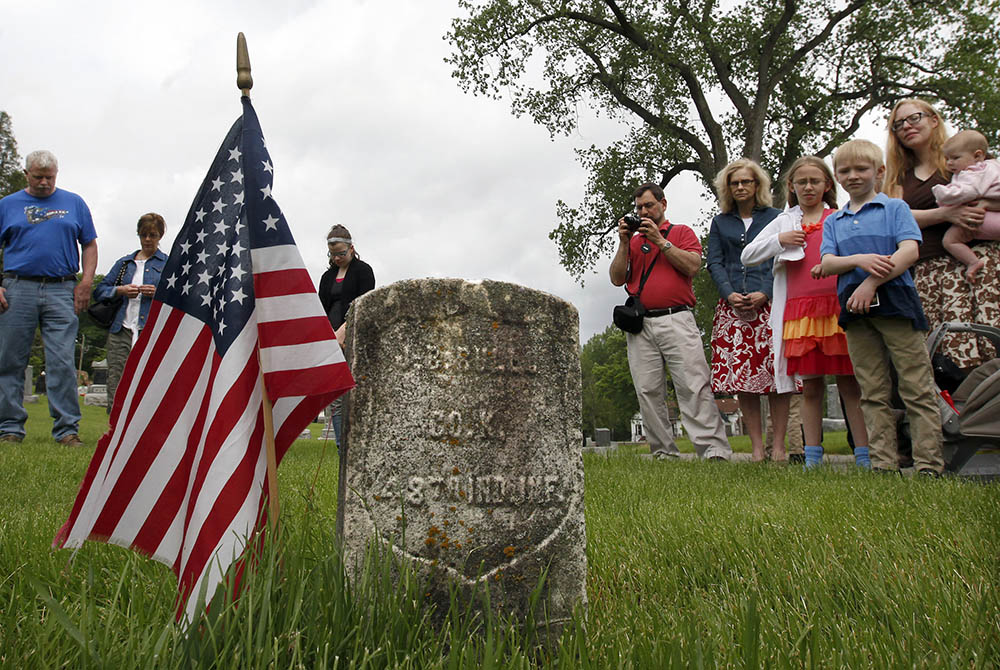 Parishioners pray the rosary near the grave of a Civil War soldier May 25, 2015, at St. James at Sag Bridge Parish in Lemont, Illinois, following a Mass in celebration of Memorial Day. (CNS/Karen Callaway, Catholic New World) 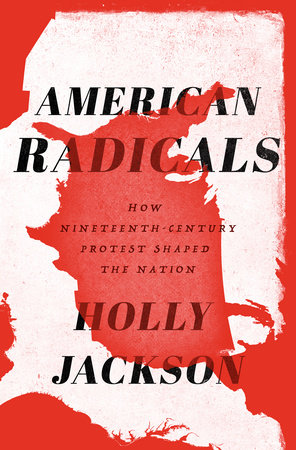 They descended on a rural corner of the northeast for three days of "spiritualism, pacifism, individualism," Holly Jackson writes in this wide-ranging, ambitious new book. But this was not Woodstock. This was the 1858 "Free Convention" in Rutland, Vermont.

"Dissenters of every stripe" came "to challenge the institutions that claim control over humanity," writes Jackson, an English professor at University of Massachusetts, Boston.

Some went "to strengthen ties between divergent social movements." However, illustrating one of Jackson's central themes, "the event ultimately revealed a profound disagreement about the value and limits of a multi-issue approach to injustice."

Needless to say, there are parallels to our own time here. How do social justice movements — like Occupy Wall Street or Boycott Divest and Sanctions — strengthen or weaken one another? Should these battles be fought inside the system, or outside? When are coalitions and compromises beneficial, or detrimental?

At a time when #MeToo and #BlackLivesMatter have lent new urgency to critical questions surrounding gender and race, it will strike astute readers as unsurprising — not to mention dispiriting — that these were even more urgent questions for radical reformers in the years Jackson analyzes (roughly 1817-1877).

"In contrast to radical strains of abolitionism that boldly prodded a range of hot-button social issues not directly related to emancipating the enslaved, the women's rights movement was frequently hemmed in by internal debate about which issues were up for discussion [and] how their priorities should be ranked," writes Jackson.

American Radicals: How Nineteenth-Century Protest Shaped the Nation is itself a kind of coalition-building project.

"The figures who come to the fore in this story worked across three entwined fields: slavery and race; sex and gender; property and labor," she writes.

Perhaps that's why a colorful chapter about "a generation of sex radicals," entitled "Wheat Bread and Seminal Losses," stands out.

Jackson deftly surveys the impact of lesser-known thinkers such as Charles Fourier and Sylvester Graham, whose divergent writings compelled a radical reexamination of everything from diet to marriage.

"Graham's nutritional theories went hand in glove with a program of sexual abstinence," writes Jackson. "His goal in insisting on bland, wholesome fare was to cool down bodies erotically overheated by modern life." (So much for those stuffy Victorians.)

Tempting as it may be to chuckle at all of this (a poor professor from Oberlin College "was fired for using black pepper"), Jackson convincingly illustrates how the breadth and intensity of nonconformity on the margins of 19th century America eventually influenced the mainstream.

All the more reason it is unfortunate she has little to say about Catholicism. Some of the very things Jackson's bohemian Protestants were examining — abstinence, cloistered living, monasticism, strict gender roles — were not only hallmarks of Catholicism, but led other WASPs to fear and loathe the religion. Though you would not know this reading Jackson's book, Catholicism had significantly changed the nature of American faith, urban life, and local and national politics by the end of the 19th century.

Unfortunately, since Jackson does not have enough to say about the era's immigration (Elizabeth Cady Stanton's ferocious nativism notwithstanding), she misses an opportunity to explore how newcomers might have made radicals more or less optimistic about democracy.

Abolitionists, for example, eventually gravitated to the newly formed Republican Party, which also had a strong nativist, anti-Catholic streak. This, in turn, funneled hundreds of thousands of new immigrant voters into the (pro-slavery) Democratic party, significantly altering the debate over slavery, and even the Civil War and its aftermath.

Jackson is on more firm ground writing about the era's competing Protestant visions, including those who believed Christianity was — and was not — compatible with social progress.

Similarly fascinating are intense debates about the virtues of participating in, or completely withdrawing from, America's deeply exclusionary democratic process.

Anxiety about mass democracy was also reflected in utopian and communitarian projects, the best known of which was Brook Farm in Massachusetts, later satirized in Nathaniel Hawthorne's 1852 novel The Blithedale Romance. Participants performed "all the domestic and agricultural work … rather than relying on the labor of others." They would also "institute gender equality," thus "channel[ing] the religious fervor of the age into social theory. … Their experiences testify to the crucial but ambivalent role of activist hope, the utopianism that is crucial to social justice work but that can also discredit and overshadow it."

This may well be the great strength of Jackson's book. Even when her sympathies are clear, she is forthright about wider, though often unintended, implications of radical thought and action.

Consider two of America's most radical challengers of conventional wisdom: Henry David Thoreau and Ralph Waldo Emerson. The former has been celebrated by generations of environmental and anti-war dissenters, while the latter elevated individualism to mystical heights. But such views can also veer into a misanthropy so intense it evinces disdain for the very people with whom reformers try to sympathize.

"[D]o not tell me … of my obligation to put all poor men in good situations. Are they my poor?" Emerson writes in "Self-Reliance."

In short, the energy and passion Jackson surveys do more than push or pull radicals of varying stripes. They can be co-opted by powerful reactionaries.

Therefore, the president opposed to slavery as well as the slaveowner can be deemed a "tyrant." The label "dangerous" can be affixed not only to domineering patriarchs but to women who dare demand equality. Impoverished refugees from Sicily or Guatemala are parasitic rather than desperate, and aid to such people is not charitable but downright dangerous.

And the decades of struggle, bloodshed and oppression Jackson writes of can be looked back upon nostalgically as "great."

[Tom Deignan has taught U.S. history at CUNY, and written about books for The New York Times, Washington Post and Philadelphia Inquirer.]

A version of this story appeared in the June 12-25, 2020 print issue under the headline: Struggles of mid-19th century activists revisited.