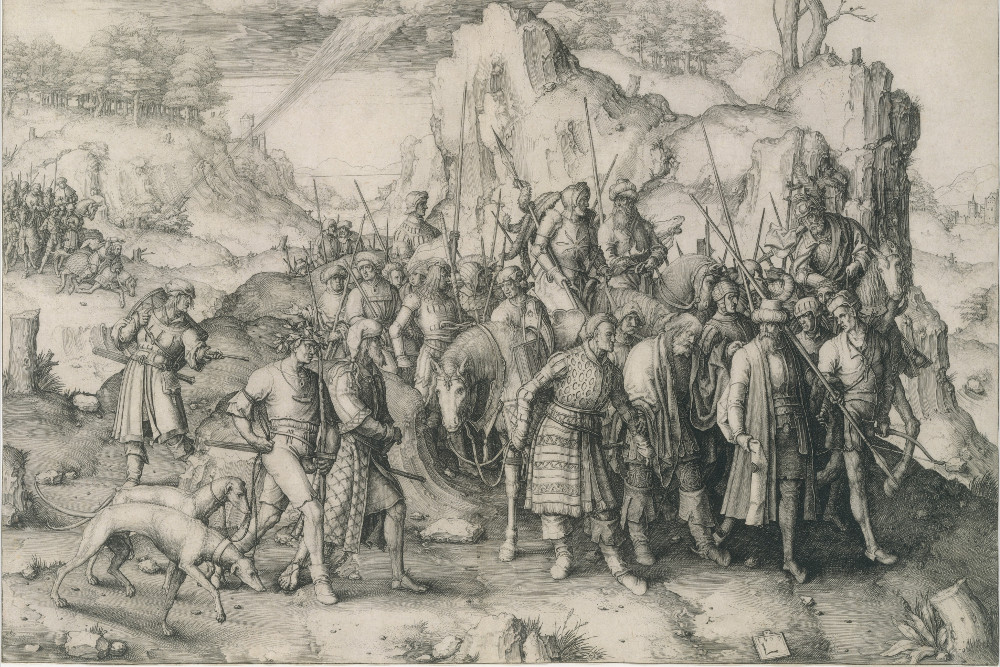 "The Conversion of St. Paul," engraving by Lucas van Leyden, 1509 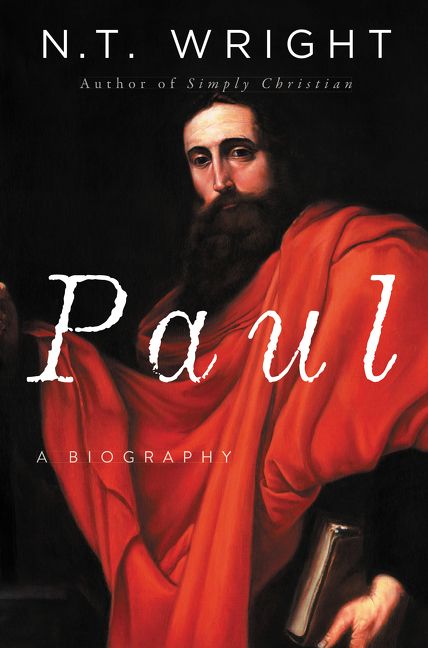 N.T. Wright's book Paul: A Biography is a great place for a non-scholar to begin his or her study of the Apostle Paul. Wright, a noted theologian, historian and retired Anglican bishop, gives us possibly the most accessible and comprehensive biography of Paul to date.

Wright offers a new understanding of Paul and his world while revisiting some of the parts of the Pauline corpus that have proven problematic in recent decades, namely, Paul's writings about the role of women within the church and his problems with some of his early Christian contemporaries. The book will be highly accessible to the novice and yet offer new perspectives to those familiar with, but not steeped in, the nuances of Pauline studies.

One of the most written-about figures in biblical history, Paul of Tarsus is at once a known quantity and an enigma. Most Catholics know Paul as a critical figure in the founding of the early church and by his dramatic conversion story on the road to Damascus. The biblical Pauline epistolary tradition, the attempt to understand Paul's writings in the context that they were written and the way they have been received over time, gives the modern reader glimpses of Paul and his followers who shared authorship in the Pauline corpus.

Through the letters, one can begin to sketch out a historical Paul. While many well-intentioned individuals have approached Paul's letters with similar gusto and intrigue as Wright, what often and ultimately happens is that the theological Paul emerges instead of the historical Paul. This dilemma is experienced by any who currently study Scripture, but is of particular concern for Pauline scholars and historians alike.

Wright approaches Paul of Tarsus as both historian and Scripture scholar. Wright utilizes the historical record alongside the narrative present within the Pauline epistles, which is certainly not novel, and Wright understands that. He takes what we know about Paul and digs more deeply — by approaching what we know about Paul with a series of novel questions. He gets to the heart of matters that have confused and mystified Paul's readers and hearers.

For example, Wright addresses the Ioudiasmos (the word translated from Greek as Judaism) up front and with immediacy. He carefully explains the confusion about this term and proceeds to add clarity and depth. So much so that I, as a historian and a monk, understood Wright's points regarding the Ioudaimos after one pass — something 20 years of trying to get a good read on the matter did not do.

Wright's explanation of the Ioudaismos is wedded with his explanation of religion in general. A key point that the author makes is that religion in the ancient world must be understood differently than it is today. For example, the word "religion" in Paul's time is better understood as a lifestyle. The adherents of the Judaism practiced by Paul as well as the early Christians was a lived religion focused upon the interaction of the adherent with the sacred. As Wright notes, Paul knew exactly what Ioudaismos meant, "not a religion in the modern western sense … but the active propagation of an ancestral way of life."

Wright carefully crafts each chapter around a significant theme: Zeal, Corinth, Antioch and Jerusalem, Into Europe, and Ephesus, to name a few. Within each of these chapters, the reader is drawn into Wright's narrative of the man Saul, his transformation into Paul, his travels and teachings. Wright brings to light Paul's struggles to convince those who have accepted Jesus and baptism that they are monotheists and conveys his efforts to aid and support them in their first steps in this nascent religion of Christianity. We see the frustration Paul experiences with individuals who seek to spoil his work and preaching, but in the end, the faith of Paul of Tarsus is the reality of his faith and belief in Jesus as the Messiah.

Wright lifts veils to showcase Paul's faith, which, he writes, is not interested in a far-away messiah, other so-called messiahs, or a kingly messiah. Paul believes in the one Messiah. Even the Hebrew word for messiah, mashiach, hints at the anointing of the messiah being a messy business of smeared oil. Wright acknowledges that Paul is enthralled with every aspect of Jesus as Messiah. He sees the messiness of the crucifixion and death of Jesus, and, within that contradiction, alerts people to the certainty of Jesus' mission and role in salvation.

As a strong point of clarification, Wright brings to light Paul's true feelings about women in the early church. Wright argues that Paul was not a misogynist, as he is often portrayed. Quite oppositely, Wright sees that Paul's preaching and early Christianity offered a better society at the time for women and minority populations such as slaves, the poor and the disabled. Wright reminds us that Paul saw women as colleagues and fellow workers in Jesus' vineyard. Wright's work therefore dispels some of the age-old complaints about Paul and highlights the real Paul and his beliefs.

Wright gives to those who are interested in the life of Paul of Tarsus an opportunity to get to know Paul and explore his life and his world without being chased away by research library versions of Paul's life. If you want to get to know this man whom we hear from almost every Sunday, then this is the book for you. Wright has produced a work that lends itself well to both the newcomer and those more familiar with Paul.

[Brian Boosel is a Benedictine monk-priest of St. Vincent Archabbey, in Latrobe, Pennsylvania. He serves as an assistant professor of history at St. Vincent College, where he teaches European and global history.]

A version of this story appeared in the March 22-April 4, 2019 print issue under the headline: New perspectives offered on nuances of St. Paul.