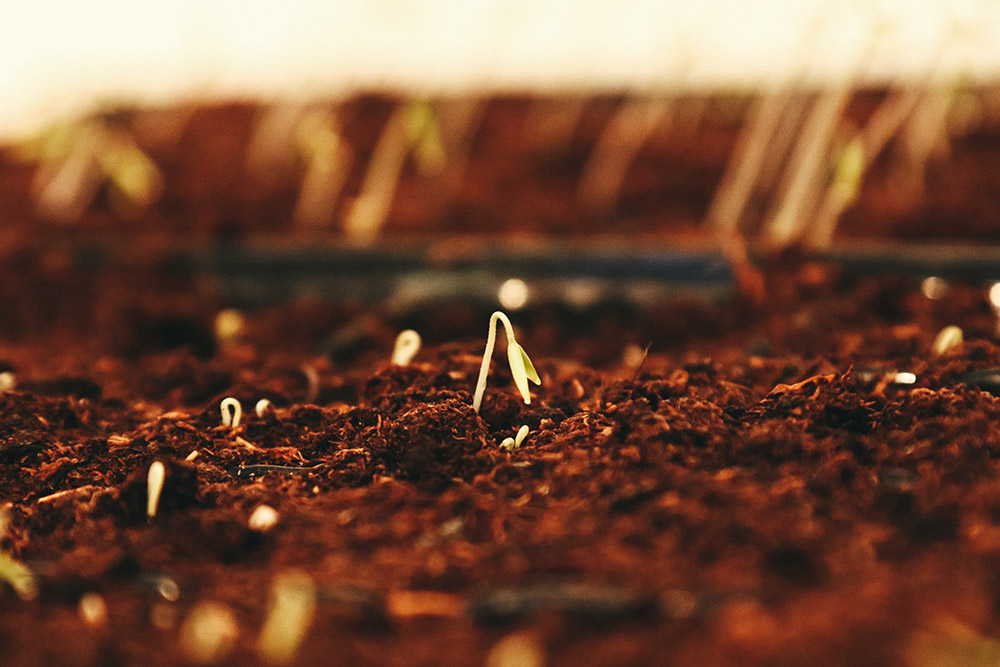 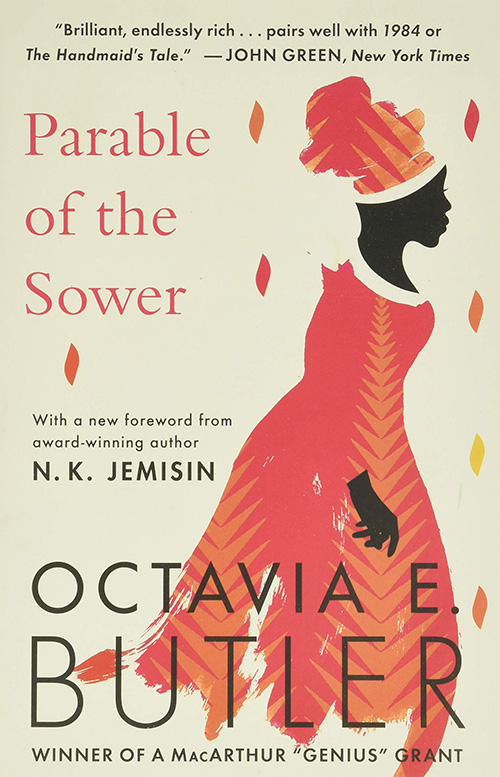 Octavia Butler has often been called the "grand dame of science fiction," and for good reason. Her extensive catalog of books, including the much-beloved Kindred, has changed the shape of speculative fiction and has inspired an entire generation of Black writers to follow in her footsteps.

But while many of her novels center on the distant past or the far-flung future, The Parable of the Sower concerns a quickly approaching tomorrow that makes for an eerie, unsettling read.

The Parable of the Sower follows Lauren Oya Olamina, a teenage girl in the mid-2020s who is the eldest daughter of a Baptist preacher inside a walled-in California community. Lauren suffers from hyper-empathy syndrome, a psychological condition that causes her to experience the pains and the pleasures of those around her, sometimes to debilitating effects. Her empathy is a tremendous liability, as any weakness can become a deadly vulnerability in what has become a dark, dystopian United States.

But for Lauren, the seeds of hope are being sown in a new faith: Earthseed, a religion of her own making that helps her make sense of her changing world.

Written in 1993 and hitting the bestseller list after almost 30 years in print, The Parable of the Sower is sweeping and prophetic in its scope. The 2020s that Butler depicts is similar to our own: wracked with an infectious disease that is crippling economies, families struggling for food and water, and a nation heading toward authoritarianism.

Lauren and her family are seeing all of this play out in terrible, destructive ways. Resources are scarce and the community is on edge, and Lauren finds herself dealing with various suicides, the death of children, and the constant threat of theft, murder and sexual assault. But where the world is hopeless, Lauren finds a faith that inspires her to survive, and with it, she saves her life and the lives of others.

This faith plays a central role in Lauren's story.

She was raised Baptist but left her father's religion for Earthseed, which pulls inspiration from the Christian faith while also being wholly distinct. In Earthseed, the central tenet is that God is Change, that change is inevitable and that we have the power to shape God. For Christians, God is unchanging, immovable and shapes us according to his will. In Earthseed, the ultimate Destiny is to take root among the stars and create heaven that one does not have to die to reach. And in Christianity, believers await the hope of Christ's coming, where he will set the universe right and usher in an eternity free from pain, suffering and all oppression.

The two religions are different, yet there is a common thread that binds them together: the spark of hope that we can survive amid great catastrophe and do this by caring for our communities.

In this light, Lauren's condition shows itself to be a strength, not a weakness. As she travels from her home of Los Angeles across the remains of California, she encounters fellow travelers. She converts them to her religion, and together, they build the first Earthseed community.

Her passion for those around her, despite the danger strangers might present, grows this faith community. With her limited resources, she feeds and comforts those who long for peace and freedom, and from there, she builds bridges that allow her to teach the tenets of Earthseed.

The Parable of the Sower is not a Catholic book, and some readings of the book may come off as anti-Christian to some readers. Lauren has plenty of critiques of her old faith before leaving it behind for another. But Butler pulled from her religious upbringing to create this story, even titling the novel after the famous parable in the New Testament. And the book is aptly named since Lauren's empathy is the "good soil" that allows Earthseed to grow, producing a bountiful harvest that keeps her going as she moves from one hardship to the next.

Yet, there is a lot that Catholics can learn from the lessons in The Parable and Butler's work more broadly.

Lauren's actions throughout the novel demonstrate how to live a life rooted in the tenets of Catholic social teaching. She cares for the poor and marginalized, cultivates and maintains God's creation, and always stands in solidarity with those around her who are suffering due to oppression and unjust systems.

As Catholics, our tradition demands that we do the same, which requires empathy. We believe that our Savior did this for us. So, as one body, we must learn to put ourselves in the shoes of others and share their pains and pleasures.

Perhaps, as Catholic Christians, we cannot accept the central tenets of Earthseed. We will always view God as unchanging, that he moves independently of us and that our hope rests in the glorious after. But, like Lauren's religion, we can channel empathy to care for the common good of all and cultivate a world that can withstand disaster, catastrophe and all the forces of evil.

A version of this story appeared in the May 14-27, 2021 print issue under the headline: What Octavia Butler’s 'Parable of the Sower' can teach Catholics.