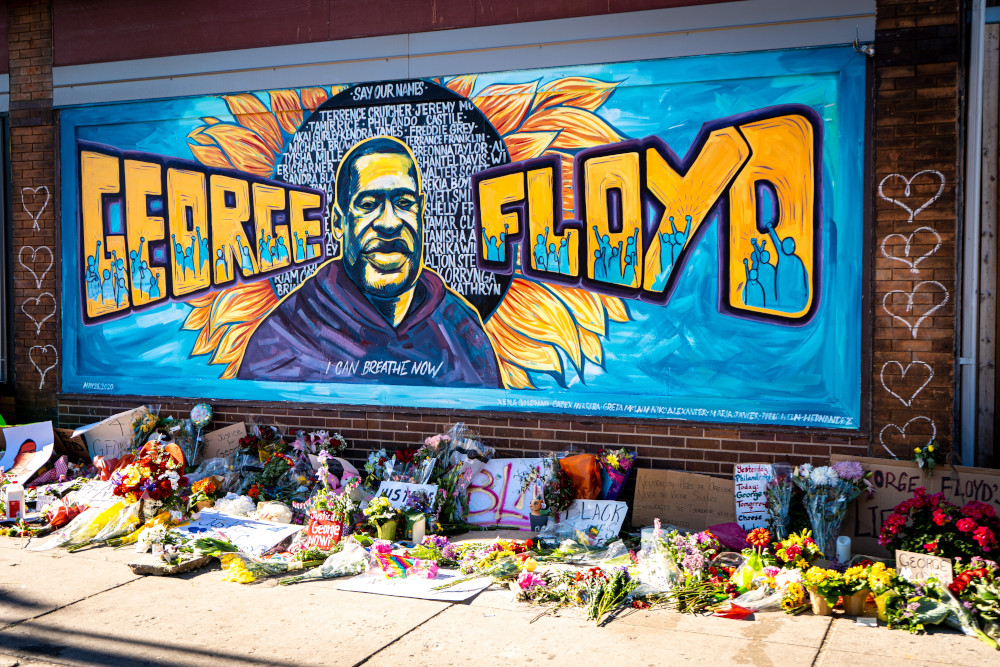 A mural depicting George Floyd is seen in Minneapolis (Unsplash/Munshots)

As a body is one though it has many parts, and all the parts of the body, though many, are one body, so also Christ.

For in one Spirit we were all baptized into one body, whether Jews or Greeks, slaves or free persons, and we were all given to drink of one Spirit. (1 Corinthians 12:12-13)

I once attended a racial justice workshop at New Life Fellowship, a nondenominational church in Queens, New York, led by Pastor Rich Villodas in 2015. Affirmed in the works of racial justice and on fire to seek racial justice in my own Catholic Church where I was working at the time, I went to work that Monday morning eager to engage in conversations.

Upon talking to one of our priests, he brushed off the idea that the Catholic Church would need to engage in racial justice work because "the Catholic Church is a global church." In essence, what the priest was telling me was that racism was not a problem in the church because the church has members of all races. Disheartened, I attempted to take the cause up at a staff meeting. The staff consensus was that given our mostly white congregation, racial injustice was not a concern of our community. However, my sentiment was that because of our lack of diversity and our abundance of privilege and wealth, racial justice was our problem.

As Catholics, we cannot fool ourselves into thinking we are "color-blind" or "post-racist." We cannot shy away from our part in colonization and the creation of a racially stratified hierarchy. We cannot wash over the establishment of the Doctrine of Discovery and its legacy of "dysfunctional theological imagination that shaped the European colonial settler worldview," as authors Mark Charles and Soong-Chan Rah wrote in Unsettling Truths: The Ongoing, Dehumanizing Legacy of the Doctrine of Discovery.

As Catholics, we are called to lament and condemn the murders of our black sisters and brothers. George Floyd, Breonna Taylor and Ahmaud Arbery are just the most recent lives added to a long litany of names that stretch back over 400 years, whose lives were murdered on the stolen soil we call the United States of America in the name of white supremacy.

Fundamental to our moral vision of society is the principle that each life is sacred and each life has its God-given dignity. The rose-colored glasses are coming off and what we are witnessing now is that for too long, this principle has not been equally distributed. What we are witnessing now is a society burning with the anguish of black dignity denied for too long and black life callously extinguished without repercussion. As it has been said, all lives cannot matter if black lives do not matter. As Catholics, we cannot look away.

As Catholics, any life taken at the hands of another or the hands of the state should pierce our hearts at it pierces our baptized body. We should be particularly scandalized by the murder of George Floyd. As the late theologian James Cone wrote in The Cross the Lynching Tree:

The cross and the lynching tree interpret each other. Both were public spectacles, shameful events, instruments of punishment reserved for the most despised people in society ... "Jesus did not die a gentle death like Socrates, with his cup of hemlock. ... Rather, he died like a [lynched black victim] or a common [black] criminal in torment, on the tree of shame." 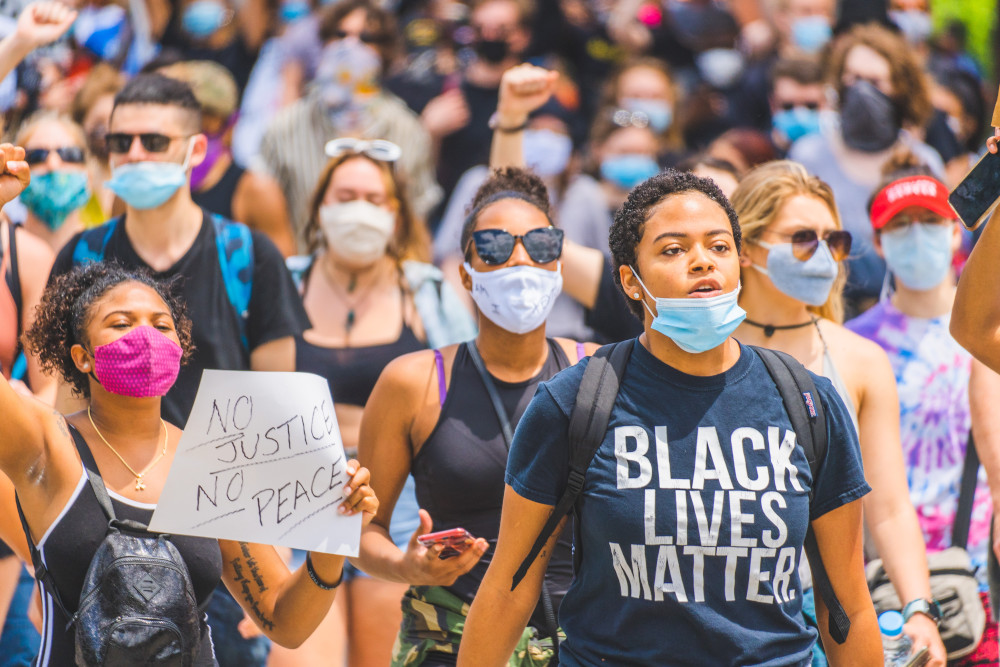 Is this not, rather, the fast that I choose:

untying the thongs of the yoke;

This is the fast we have chosen. In choosing to be Catholic, we are called to take up the cries that shout "black lives matter." The cries of our revolutionaries are the cries of the one calling out in the wilderness. To prepare the way for the Lord, we must tend to the wounds of our body, our black sisters and brothers who are broken, bleeding and being murdered. And just as Jesus exorcised impure spirits from a man by calling them by name, we must exorcise our country by calling out the plague of racism and white supremacy.

[Teresa Marie Cariño is director of faith formation at the Church of St. Ignatius Loyola in San Francisco. She also serves on NCR's board of directors.]