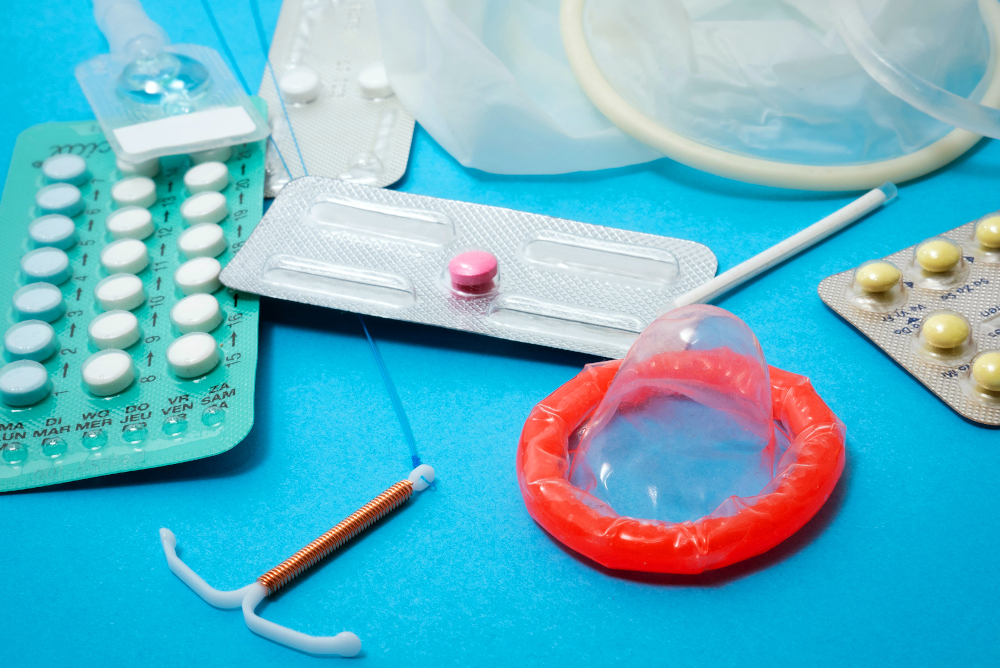 Catholics' adherence to the church's teaching seems to depend in part on how often the person attends Mass.

Every major religious tradition has one thing in common: They all highly encourage reproduction among their adherents. The Roman Catholic Church, however, stands out on this issue.

While other religious traditions permit their members to use various types of birth control to manage the number of kids they have, the 1997 Vatican's Pontifical Council for the Family pointed out that "The Church has always taught the intrinsic evil of contraception."

Some recent numbers from the National Survey of Family Growth give us an idea of just how many Catholics practice birth control.

The National Survey on Family Growth is administered by the U.S. Department of Health and Human Services with the goal of trying to understand factors that lead to marriage, divorce, adoption, pregnancy and other behaviors related to procreation. It includes a battery of questions asking respondents if they have used specific types of contraceptives during their lifetime.

The data indicates that few U.S. Catholics are following the dictates of the pontifical council.

For instance, 92% of Catholics indicated that they had used condoms as a form of birth control — nearly the same rate as the other Christian traditions, as well as the religiously unaffiliated, who reported condom usage at a rate of 95% and higher. Catholics were only slightly less likely to say that they used the birth control pill (68%) compared with evangelicals (74%) and mainline Protestants (81%). 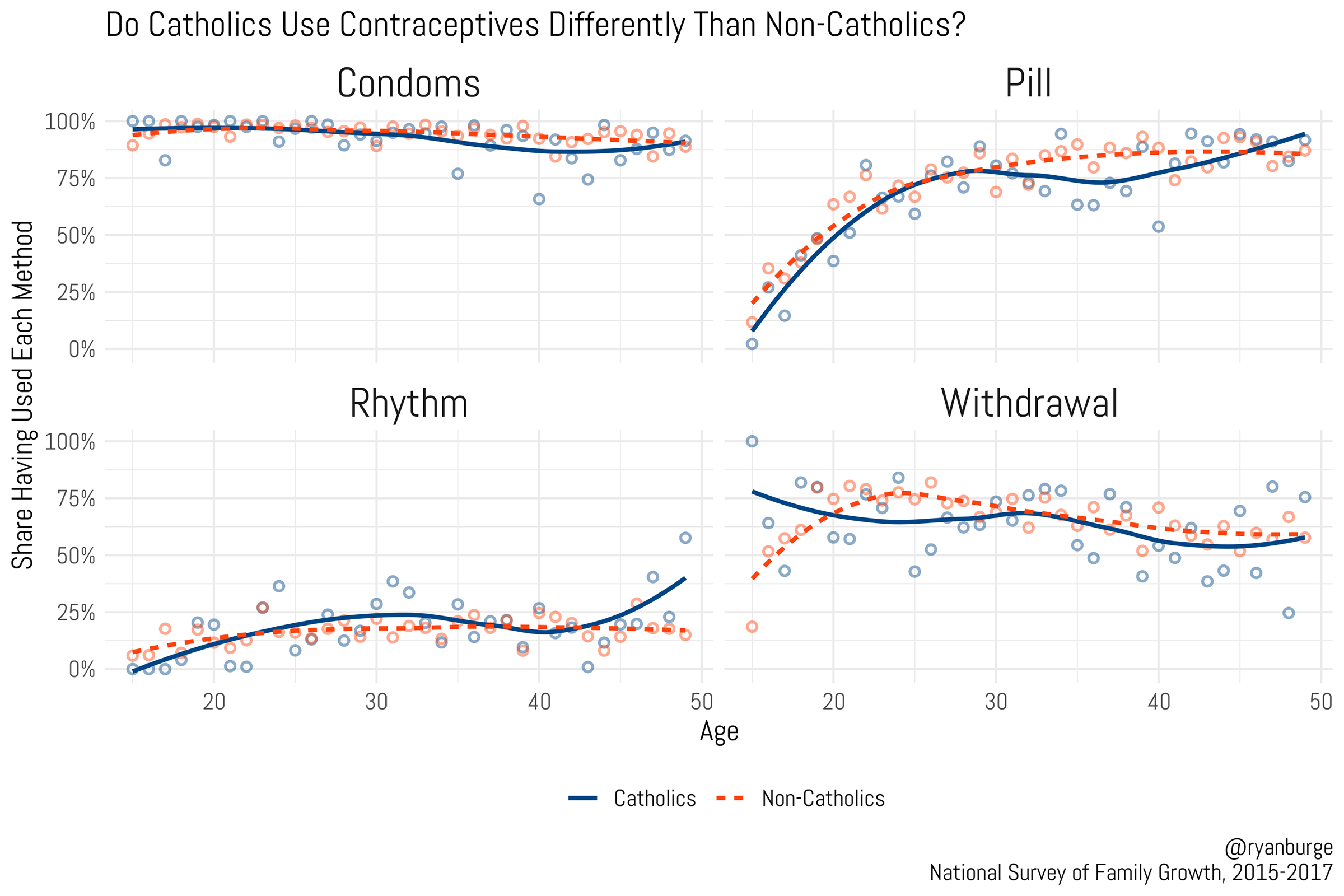 "Do Catholics Use Contraceptives Differently Than Non-Catholics?" (Graphic courtesy of Ryan Burge)

The only type of birth control allowed under Catholic doctrine is natural family planning. One popular implementation of this approach is known as the rhythm method, in which a couple intentionally avoids sexual contact when fertility is at its highest point during a woman's menstrual cycle. According to this data, just 20% of Catholics have ever used this method, a rate not substantively different from the rest of the sample.

It can't be said that Catholic teaching on birth control hasn't had any effect, but that effect seems to depend on the method, and on how often the person attends Mass. 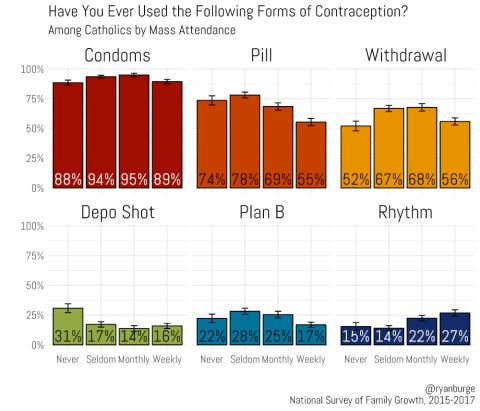 However, some daylight emerges when it comes to birth control pills. While about three-quarters of Catholics who attend less than monthly report using oral contraception, that number drops to a simple majority among weekly attenders, at 55%.

There was also a divide on birth control pills based on age. The youngest female Catholics are about 5 percentage points less likely to use this form of contraceptive than non-Catholics. But this gap disappears completely by the time they get to their mid-20s. There's also a noticeable dip in usage of birth control pills among Catholic women in their late 30s that doesn't appear in the non-Catholic sample.

Taken together, it's clear from this data that there is a tremendous disconnect between the Vatican's teaching on contraception and the behavior of the more than 60 million Catholics in the United States. One may indeed wonder if that tension is driving some Catholics away from the pews or the faith entirely: Scholarly work from the 1990s found that Catholics would leave their local parish if they disagreed with the priest's comments on abortion to seek out more moderate parishes. The data from the National Survey on Family Growth gives us little reason to think that this has changed. 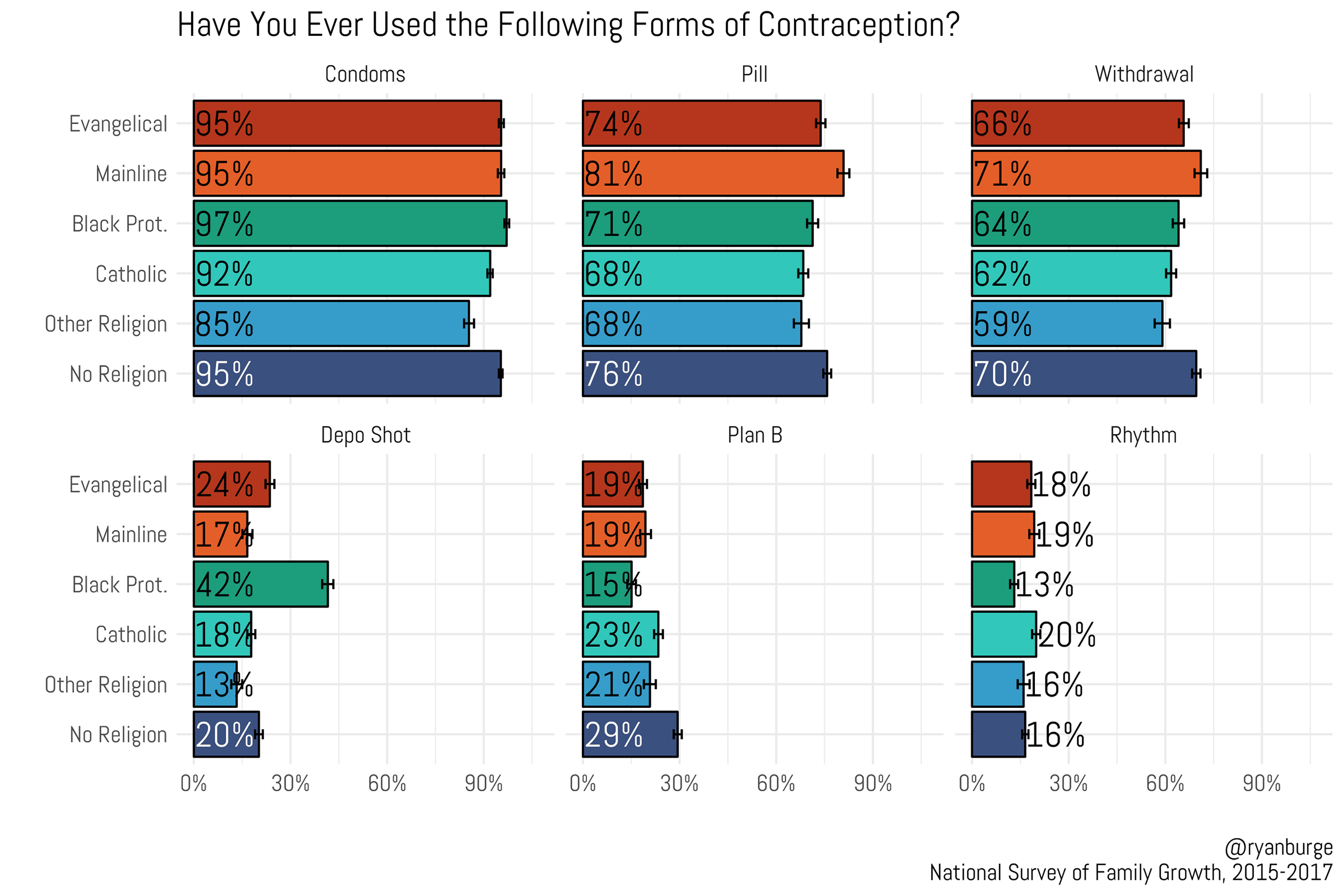 "Have You Ever Used the Following Forms of Contraception?, Grouped By Religious Tradition" (Graphic courtesy of Ryan Burge)