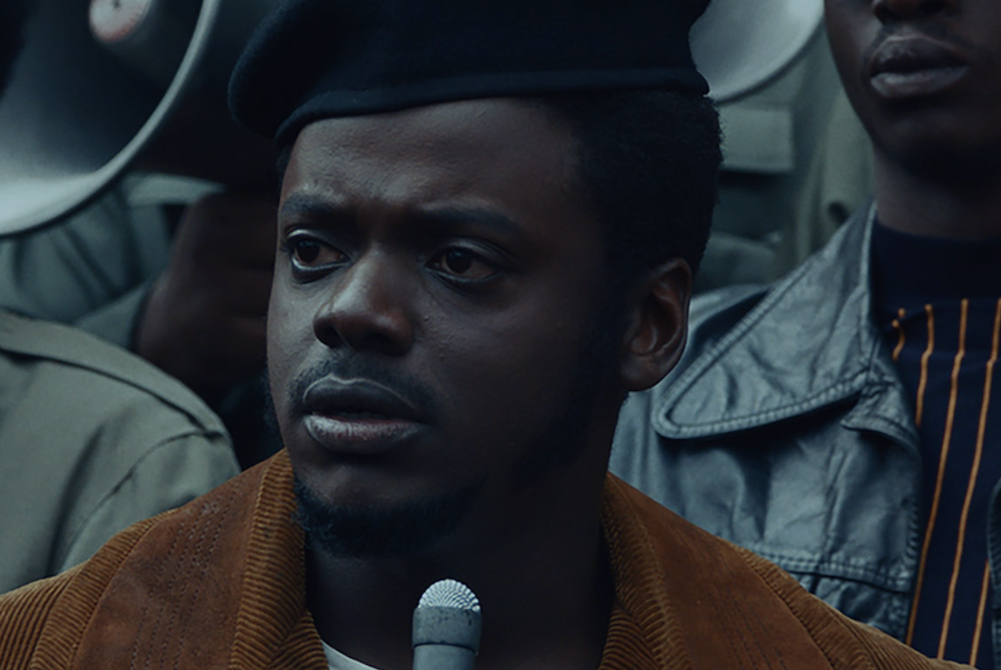 "Judas and the Black Messiah" has far too much in common with "The Departed." Obviously, director Shaka King's film centers on Black characters, while Martin Scorsese's Boston-set entry does not. But the general concept — a crime thriller about a man covertly working with law enforcement who infiltrates a group considered to be their threat, to eviscerate its strongest force — is the same.

It's an awkward comparison to make because, in actuality, these films shouldn't have many similarities. "Judas and the Black Messiah" details the story of William O'Neal's (LaKeith Stanfield) ascent through the Black Panther Party as an informant for a racist FBI that offers him an awful ultimatum: help them take down party chairman Fred Hampton (Daniel Kaluuya) or go to jail. It's 1966 Chicago, and William, a Black man and petty criminal, has just been busted for impersonating an FBI agent in an attempt to steal cars. Prison could mean death for him, but being a silent "Uncle Tom" for "the man" presents another kind of moral confinement.

There's a specificity to these real-life events and people. Fred isn't merely a powerful, somewhat imperious male figure who cops will stop at nothing to disable. He's a vocal leader of an organization built on the mission of equality for Black people in a country that routinely stalks and oppresses them. William, mostly referred to as Bill throughout the film, is a man that is a bit on the peripheral of that movement, having to depend on crime to survive a system where white and mostly male law officials target Black bodies for any and no reason at all. He makes ill-fated decisions in a lose-lose situation.

But these nuances are lost in King's efforts. It is already a peculiar choice to turn this story, which rarely gets the film treatment, into a caper movie. It's not an entirely preposterous idea, though, considering the opposing nature of the male protagonists, the impending presence of cops and the surreptitious events that culminate with Fred's assassination in 1969.

Still, Bill and Fred—and the landscape in which they live—are too wanly drawn even to produce the type of thrilling entertainment that could also be compelling in its politics.

That's odd, since there is quite a bit of information available on the two individuals and especially the Black Panther Party, barring any inevitably classified FBI case files. And Fred's son, Fred Hampton Jr., the president and chairman of the Prisoners of Conscience Committee and the Black Panther Party Cubs, is credited as a cultural expert on "Judas and the Black Messiah." But the film offers very little particularities when it comes to examining who Bill and Fred were and the world the former was especially fighting.

Bill certainly faced internal conflicts, effectively depicted through Stanfield's unspoken dialogue, like a subtle wince, a nervous smile or a tremulous power fist at a usually nondescript rally. Because his narrative had to be insular, it would have helped if King, who also co-wrote the screenplay with Will Berson, included some information on his family or interior life — even if it was only a contrived encounter with a familiar face. But we're left with a resounding question: Who was Bill O'Neal?

Trailer for "Judas and the Black Messiah," on Warner Bros. Pictures YouTube channel

Fred is even more of an enigma in "Judas and the Black Messiah," and he is arguably the more well-known figure between the two. His voice, one that also represents a generation, is reduced to soundbites like "I am … a revolutionary!" which roars in the movie trailer. Kaluuya has proven once again that he is a master of the manic yet quiet ferocity he showed us in both "Widows" and "Get Out," which he duplicates in King's film in a blur of frustratingly indistinct speeches at events and more frantic scenes opposite Stanfield. But we don't learn much about Fred's humanity. He put his body on the line every day for his people, even completing a prison sentence that is almost entirely glossed over in the film. Was he ever scared?

There's only one time that the film dares even to approach this question. It's through Dominique Fishback's heartfelt portrayal of Deborah Johnson (now known as Akua Njeri), Fred's girlfriend, who was nine months pregnant at the time of his murder. With a swollen belly, she asks him whether power to the people was worth the nights in jail or even potentially his death. His only response is: "When I dedicate my life to the people, I dedicate my life."

Though Fishback, like her male counterparts in the film, rises above her uninspired characterization, especially in the film's devastating final moments, the screenplay constrains her performance. As a result, Deborah comes dangerously close to being diminished as the trope of the concerned girlfriend in a male-driven crime thriller.

Despite impressive performances, "Judas and the Black Messiah" has very little to say. Like its character, Bill O'Neal, the film seems often to be at war with itself. Does it want to be a gripping Hollywood crime thriller that just so happens to center people either confronting or constricting the racial revolution of the 1960s? Or does it want to be a political drama that investigates the psychology of Judas and messiah figures within the Black community?

Regardless, it does neither very well.