Could not retrieve the oEmbed resource.
Opinion
News 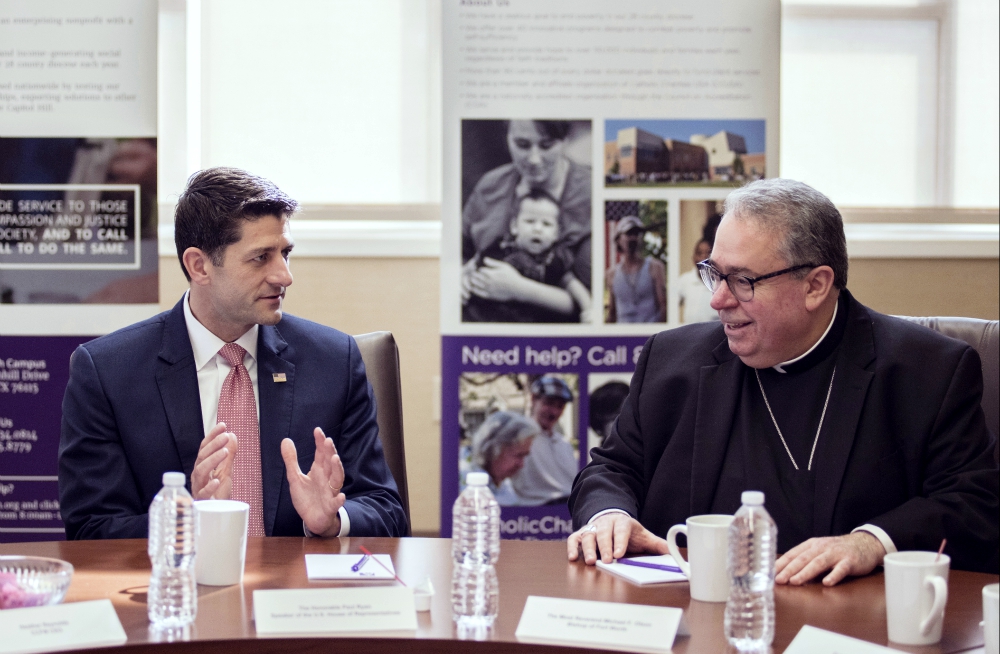 We may never know the real reason Speaker of the House Paul Ryan sacked House chaplain Jesuit Fr. Patrick Conroy. At The Washington Post, Sarah Pulliam Bailey sketched the full context of the story. And, at RNS, Mark Silk noted the silence on the Catholic right, and examined some of the theories for why Ryan fired the padre.

No one should be surprised that Ryan is something of a fraud. As Silk points out, no matter how you cut it, Ryan's decision to sack Conroy was built on the speaker's refusal to accept Catholic social doctrine. Of the two leading theories, I think the most compelling remains that Ryan was irked by this prayer Conroy offered during last year's debate over tax reform:

May all members be mindful that the institutions and structures of our great nation guarantee the opportunities that have allowed some to achieve great success, while others continue to struggle. May their efforts these days guarantee that there are not winners and losers under new tax laws, but benefits balanced and shared by all Americans. 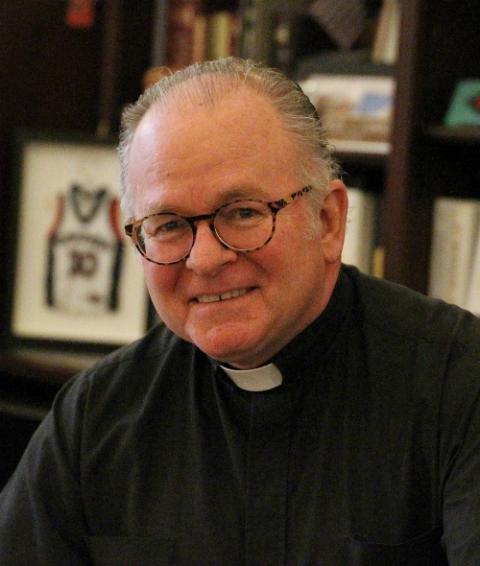 Ryan apparently told Conroy to "stay out of politics" after the prayer. If Ryan does not grasp that issues of taxation and budget priorities entail religious and moral questions, as well as political ones, and that his Catholic faith makes specific doctrinal claims about such matters, he grasps nothing.

The alternate theory is that members complained Conroy could not relate to them, specifically because he did not have kids.

That is to say, Ryan caved to the old anti-Catholic canard that a celibate cleric cannot really understand people because of his life situation. Ryan should ask one of his buddies in the hierarchy what they think of that rationale.

It is almost impossible to overestimate the myopia of politicians. I lived "inside the Beltway" for 37 years and there is a reason the phrase has become a metaphor for myopia. It is entirely possible that House Majority Leader Kevin McCarthy felt he could snare a vote or two in his contest to replace Ryan as speaker by removing Conroy and replacing him with an evangelical. We may never know.

What we do know is this. Back in 1994, Fr. Richard John Neuhaus and Charles Colson began the group Evangelicals and Catholics Together. John Paul II was pope and, just as importantly, Neuhaus and his fellow neocons had commandeered the interpretation of that pontificate for the English-speaking world, presenting the Polish pontiff as an American neocon. Conservative evangelicals looked at the Catholic Church as a long-term ally across the range of political concerns.

Today, people increasingly recognize that John Paul II was more complex than Neuhaus et al. allowed and, in any event, Francis is pope and he speaks with a directness that makes it impossible to spin his comments into a defense of neoliberal economics. In short, Catholics look like less valuable long-term partners for conservative politicians. That backdrop surely framed the decision to sack Conroy.

Ironically, just a couple of weeks before the firing of Conroy, Ryan went to Fort Worth, Texas, to visit Catholic Charities there, and to speak about ending poverty. Bishop Michael Olson of Fort Worth tweeted about the visit:

What's next? Will Olson be tweeting an invite to come hear Congresswoman Nancy Pelosi on the need to end abortion? I have never given the former speaker a pass for her position on abortion and I won't give the current speaker a pass, because everything he says about poverty is either delusional or a lie. And, in this instance, where the connection between poverty and abortion is so obvious, I flunk Ryan on the pro-life cause as well.

It is impossible to see into another person's heart. But Ryan has shown his true colors in sins of commission and omission too many times to take him at his word when he vows he cares about the poor. Remember his repeated comments about "the makers" and "the takers"?

He tried to walk them back, but as Greg Sargent pointed out in The Washington Post, his apology only compounded the sense that he did not really understand the plight of the poor.

This year, Republicans continue to float proposals to require drug testing of those who receive federal benefits such as food stamps. President Donald Trump signed an executive order demanding stricter work requirements for recipients of Medicaid and other social safety net programs.

It is true that aid programs do not want to unintentionally create a culture of dependence, but you only have to spend a little time around the poor to realize they are not the lazy cretins looking for handouts these proposals presume them to be.

Poor people have to be resourceful in all sorts of ways that middle-class Americans do not. Think of the time and planning it takes to do the laundry if you do not have a washing machine in your home. Getting to a laundromat on public transportation is not easy and poor folk can't afford an apartment that comes with a washer or dryer. Middle-class folk can afford flowerpots to beautify their homes, timesaving gadgets, maybe even a music lesson for their kids. Poor folk have to work twice as hard to make their homes look nice, accomplish basic housecleaning tasks, or afford a benefit for their kids. And you need a lawyer's mind and an accountant's precision to fill out some of the forms needed to qualify for government assistance.

I have heard middle-class people complain that poor people will use their benefits to buy a big-screen TV. Do we complain about what rich people do with their tax cuts? Do we insist on a drug test before they get their tax refund? And so what if a poor family wants to have a TV? It might help them escape the drudgery for a bit. When the show they like is over, the hole in the wall will still be there, or the leaking faucet, but those are among the many hurdles that will accompany them through life. I do not begrudge them their escape for a couple of hours to watch a ballgame.

Fox News makes a habit of stereotyping food stamp recipients. Check out this clip from the O’Reilly Factor that traffics in several ugly myths and isolates a couple of bad apples to condemn the entire program:

One of my favorite myths is that poor people eat more junk food, as Mollie Hemingway of the Federalist spouted on Fox News.

But the Centers for Disease Control and Prevention did a study that showed poor people eat no more fast food — they tested fast food, not junk food like candy, but the theme is the same — than the rest of us eat. And, for poor people, that trip to McDonald's may be the only meal Mom or Dad doesn't have to prepare. It may be their steakhouse.

This condescension to the poor is not limited to conservatives, to be sure. I remember attending a very swanky dinner party in Cambridge, Massachusetts, where the liberals at the table were fretting about the lottery. If only those poor people would save their money instead of buying a Lotto ticket, they could invest it, like these wealthy Harvard professors do, and make something of themselves.

They completely failed to understand why people play the Lotto: because it's fun. From the moment you buy the ticket, until you check the numbers, you get to fantasize about what you would do with the money. Poor people can afford a $2 fantasy. A movie ticket is around $12, and frankly, Hollywood's fantasies aren't always that good.

Not once in his career has Paul Ryan challenged the mischaracterization of poor folk that animates the Dickensian policies he champions. Not once has he evidenced any respect, let alone concern, for the poor and the daily accomplishments they achieve just to make it through the day. Not once has he wrestled sufficiently with his Catholic faith's teachings about the poor when his ideology or his politics demand he stick to his libertarian precepts.

Ryan may or may not have fired Conroy because of that prayer, but it would certainly fit with the patterns of his lifetime. When it comes to Catholic social doctrine, the man is a lightweight or a fraud, take your pick.