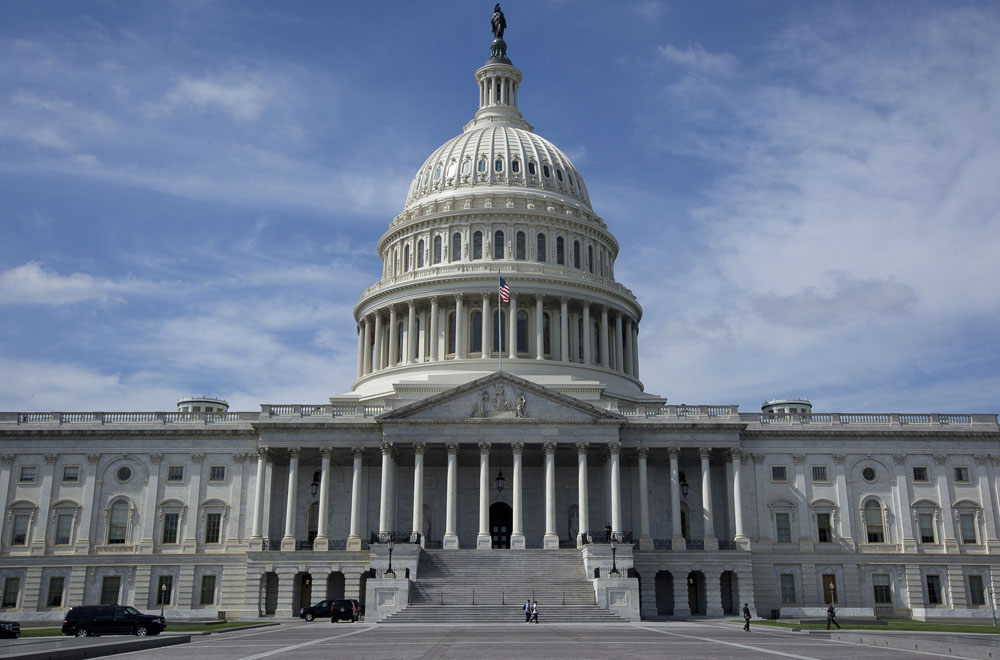 The U.S. Capitol is seen in Washington Sept. 26 (CNS/Tyler Orsburn)

This week, the Senate plans to debate its tax reform proposals. Last week, I addressed some of the moral issues involved with this debate. But, this is also a debate about economics, which is never a debate devoid of moral considerations, but which has a certain disciplinary integrity that should be respected.

It has been four years since Pope Francis issued his programmatic apostolic exhortation Evangelii Gaudium. There, in Paragraph #54, the Holy Father makes an explicit economic assertion:

In this context, some people continue to defend trickle-down theories which assume that economic growth, encouraged by a free market, will inevitably succeed in bringing about greater justice and inclusiveness in the world. This opinion, which has never been confirmed by the facts, expresses a crude and naïve trust in the goodness of those wielding economic power and in the sacralized workings of the prevailing economic system.

The Roman pontiff does not enjoy the charism of infallibility when making such statements, but does he really need that charism to sustain these claims? Are they not somewhat self-evident?

Not if you have been listening to the Republican leaders defending their plans. Last week, Speaker of the House Paul Ryan spoke just before that chamber voted to pass their tax reform bill. Speaking about the "anemic" economic recovery of the Obama years, he said, "And you know what that means for hardworking taxpayers — you know what that means for Americans? Nobody gets a wage increase, living standards are stagnant, economic anxiety is high. … Passing this bill is the single biggest thing we can do to grow the economy, to restore opportunity, and to help middle-income families that are struggling." At a press conference in his home state of Kentucky, Senate Majority Leader Mitch McConnell echoed Ryan's key talking points.

This is classic trickle-down economics. The whole purpose of this tax overhaul, and its key ingredient, is the lowering of the corporate tax rate from 35 percent to 20 percent. All the other proposed changes in the tax code revolve around that change as the planets circle the sun. It is this lowering of corporate taxes that will spur economic growth from an anemic 2 percent to 3 percent or more, the GOP predicts. And, with more money to spend, corporate America will increase wages so everyone will benefit.

The problem with this analysis is even more basic than the pope's critique. If you read the business pages, you know that American corporations have plenty of cash on hand, and easy access to credit. If you want to start up a new business, or expand an existing one, you won't have trouble finding the financing. According to a report from Moody's this summer, corporate America has $1.84 trillion cash on hand. And, while most of that stunningly large figure comes from a few large companies, that same report showed that small businesses are not having any trouble getting loans for their projects. So, why will yet more cash on hand help companies make investments they are not already undertaking? The Washington Post profiled a company in Lebanon, Pennsylvania, and the owner as much admitted that he wants to the tax cut but it won't affect his business plans, which are already accommodating new growth.

We have heard the promise of higher wages before by those urging us to adopt a trickle-down economic policy. Ronald Reagan's tax cuts in 1981and George W. Bush's tax cuts in 2001 both promised that all boats would rise with the economic tide. But, as this report from Pew shows, wages have been stagnant since the early 1970s. The Bureau of Labor Statistics demonstrates that while productivity has increased enormously since the end of World War II, and wages matched that growth through the early '70s, since then increases in productivity have led to increased profits and higher executive salaries, but not higher wages for average workers.

Of course, in their effort to craft a "clean" tax code, free from all the "special interests," the GOP has managed to keep some perks. Both the House and Senate bills maintain the carried interest loophole that allows managers at hedge funds to may a lower capital gains tax rate on their income. The Senate bill, in an effort to provide "certainty," gives a special tax loophole to you if you happen to manage private jets. I am sure that will stimulate the wages of the average worker. Craft breweries do well in the Senate bill, but most working grunts I know don't drink craft brews, they drink Bud. Those Bud drinkers elected Donald Trump. How will he face them when, as before, the trickle-down he promises will never quite reach them?

Pope Francis, in that same paragraph quoted above, goes on to address the effects of trickle-down economics and, more generally, our current economic situation. He writes:

Meanwhile, the excluded are still waiting. To sustain a lifestyle which excludes others, or to sustain enthusiasm for that selfish ideal, a globalization of indifference has developed. Almost without being aware of it, we end up being incapable of feeling compassion at the outcry of the poor, weeping for other people's pain, and feeling a need to help them, as though all this were someone else's responsibility and not our own. The culture of prosperity deadens us; we are thrilled if the market offers us something new to purchase. In the meantime all those lives stunted for lack of opportunity seem a mere spectacle; they fail to move us.

How prescient he was! The Republicans spent the first half of the year trying to kick millions of mostly poor folk off the health care insurance rolls. Now, Republicans are pushing a tax plan that harms the working poor and middle class. While the very poor may see their taxes go down, over the long haul the tax cuts will make more clamant the need to shrink government, which will inevitably cause them harm.

Speaker Ryan and Sen. McConnell like to speak about opportunity but as the Holy Father notes, the system they advocate does not provide real opportunities to the many, many people who are not already benefiting from the economy. Morally, it is repugnant, but if you read the business pages, you realize the GOP's tax reform is, in economic terms, exactly what the pope said it is: a theory that has never been born out by the facts.