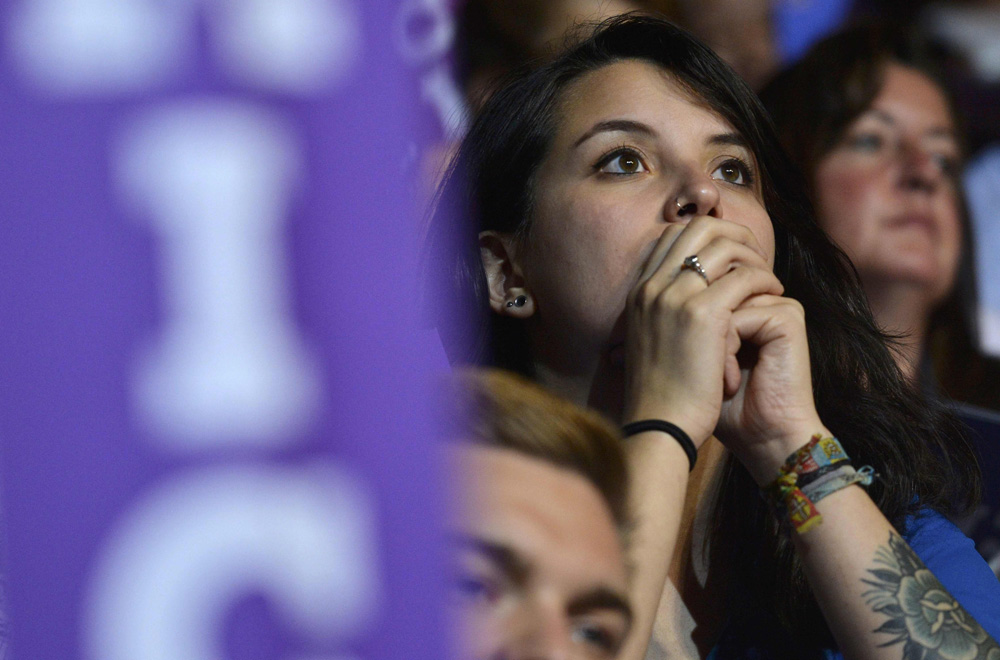 The Houston Chronicle examines sex abuse among the clergy in Southern Baptist churches. Does it sound familiar? Yes and no. But, it surely makes those who are using the sex abuse crisis as a vehicle to support ideas like married priests reconsider their choice of vehicle.

Slate's Will Saletan has long been one of the most thoughtful analysts about the politics, law, and morality of life issues. His latest essay is no exception. He concludes that Donald Trump is the least pro-life president in memory.

At the Guardian, Sabrina Siddiqui profiles Massachusetts Sen. Elizabeth Warren who formally announced her candidacy for the presidency this past weekend. The money quote in the piece comes from Charles Fried, her former colleague:

I am betting voters will recognize this difference between Warren and the other candidates. If they do, she wins. If not, her road is a lot harder.

Relatedly, the Republican National Committee, I mean Fox News, ran this story about Lawrence, Massachusetts, the city where Warren made her announcement. If Donald Trump had campaigned there, Lawrence would be a hard scrabble city fighting the ill effects of NAFTA, and where great work by the police achieved a major drug bust, which happens to be true. But, because it was Warren who was there, it is a sanctuary city that is a haven for drug lords.

Some critics object that I exaggerate when I complain that some on the left are not really liberal and are capable of staking out positions that are downright crazy. I believe with all my heart that part of any commentator's job in a democracy is to police his or her side of the aisle as aggressively as the other side. To those critics, I submit Rep. Tulsi Gabbard of Hawaii, who is also a candidate for president, and who refuses to name Syrian leader Bashar Assad, who has used chemical weapons on his own people, as an adversary of the United States. There are few tyrants whose deeds are more repugnant to America's ideals than Assad. So, I say again: Gabbard is no liberal and this unwillingness to call out a mass murderer is crazy.

And, then worse. Rep. Ilhan Omar of Minnesota issued a tweet about Republicans receiving campaign donations from AIPAC, the pro-Israel lobbying group, in which she seemed to suggest they had been bought by campaign donations. I am all for reforming our campaign finance laws, but there is an insinuation of dual loyalty in the charge, and of Jews using their money to control the society. Those insinuations have about as ugly a history as any I can think of. Speaker Pelosi took swift action to disassociate the Democratic Party from Omar's remarks and Omar has now apologized. The incident remains troubling because it is not an isolated event. As I have noted many times, there is a rising tide of anti-Semitism on the left in American politics, and it must not be tolerated.

Bishop Robert Barron published what he calls "a friendly critique" of the Society of Jesus, wondering if they had "embraced the social justice agenda a bit too one-sidedly." He stated his concern that "an exaggerated stress on the fostering of justice in the political and economic arena can compromise the properly evangelizing mission of Christ's Church." I guess the Lord Jesus did not really mean it when He said that whatever we do for one of these, the least of our brethren, we do for Him. Caring for the poor is the Gospel in action, but Barron now runs with the Napa Institute crowd for whom noblesse oblige is the appropriate, and certainly never necessary, stance of a Christian in the face of the poor, not justice. Let me be more generous: For Barron, evangelization is more an affair of the mind more than of the hands, although ultimately it is — and I suspect he would agree — an affair of the heart. I am also inclined to approach things intellectually first. But, I recognize that, by comparison with those for whom evangelization is first an action of the hands, my way is impoverished. I invite the bishop to see that too.

Speaking of Napa Institute, at Commonweal, historian Julia Young considers and criticizes the "authentic Catholic" mantra that has been taken up by some at the Catholic University of America to describe their vision of the university. She looks to her own research in the history of Catholicism in Mexico to argue against such sectarian understandings of Catholicism. Young's criticisms should be thoughtfully considered by those who own the university, the nation's bishops.

On "Meet the Press," Rep. Alexandria Ocasio-Cortez explains what she means by democratic socialism, but what she is describing might more accurately be called "democratic capitalism" in which there is worker involvement in the management of markets. In any event, kudos to the congresswoman for a very clear explanation of the kinds of things she is advocating.

This Politico story argues that Ohio Sen. Sherrod Brown and former Vice President Joe Biden are really swimming in the same lane, should both men decide to seek the presidency. The argument is flawed but it is common among many in the media — and many campaign consultants. They focus on demographics to the exclusion of ideology when an actual campaign is a combination of the two, along with considerations of a candidate's personality. When you isolate one or the other, you end up with an abstraction, not with an accurate, textured description of the campaign.