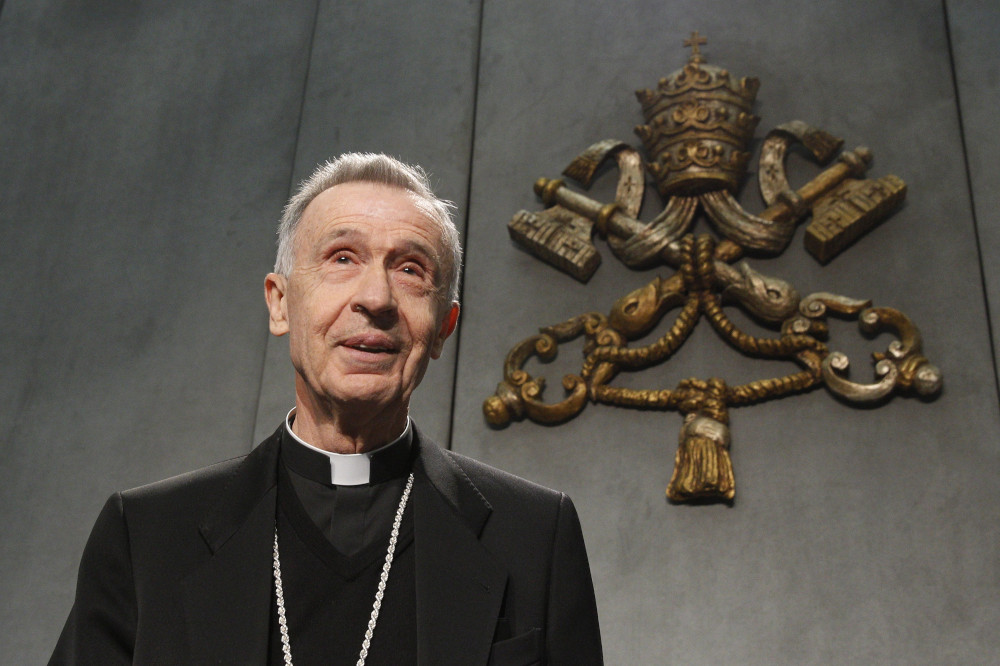 Cardinal Luis Ladaria, the prefect of the Congregation for the Doctrine of the Faith, wrote a letter to the president of the U.S. bishops' conference, Los Angeles Archbishop José Gomez, regarding the conference's plans to draft a policy on the worthiness of pro-choice politicians to receive Communion. In it, the Vatican doctrinal chief gave a tutorial in what it means to be a bishop, a lesson that is sadly as necessary as it is embarrassing for the U.S. bishops.

Not only did Ladaria effectively derail those plans, he diplomatically asked, "What the hell are you thinking?" He is at pains to remind them how bishops should conduct themselves. The letter systematically pulls apart the rhetorical building blocks that had been assembled by the advocates of denying Communion to President Joe Biden.

Kansas City, Kansas Archbishop Joseph Naumann, chair of the bishops' Pro-Life Committee, in various interviews; San Francisco Archbishop Salvatore Cordileone in his pastoral letter; and former Philadelphia Archbishop Charles Chaput in his article at First Things have so thoroughly conflated their identity as Catholics with the pro-life political movement, that they had confusedly thought it was fine to assemble political talking points and strategies, and then wiggle them into some kind of magisterial teaching.

Ladaria begins by refusing Gomez's request to publish the private 2004 letter then-Cardinal Joseph Ratzinger sent to then-Cardinal Theodore McCarrick. I have noted previously that the letter was private, a compilation of notes from the CDF staff for Ratzinger when he met U.S. bishops in their ad limina meetings that year. It did not go through the standard vetting process for an official document of the magisterium.

Ladaria points Gomez to the authoritative 2002 doctrinal statement that did go through that vetting process, to which I called attention last week, specifically its statement that, "The Christian faith is an integral unity, and thus it is incoherent to isolate some particular element to the detriment of the whole of Catholic doctrine."

The prefect proceeds to give a lesson in ecclesiology to the U.S. bishops. He notes that when the matter was discussed during the 2019-2020 ad limina visits, "this Congregation advised that dialogue among the bishops be undertaken to preserve the unity of the episcopal conference in the face of disagreements over this controversial topic."

Compare those words with these of George Weigel, defending Gomez's churlish Inauguration Day statement attacking Biden: "Over the past several months, a consensus has emerged among the American bishops, including virtually the entire episcopal leadership of the USCCB: Maintaining a false façade of episcopal unity is not worth the sacrifice of the truths which the Church must speak."

No one is calling for false facades to be maintained. Rome is asking — not for the first time — that the U.S. bishops learn how to build effective collegiality with one another.

Ladaria insisted that the conference initiate a real dialogue among themselves, then with the politicians in their dioceses, and only then decide if a national policy is in order. If the conference still believes such a national policy is needed, Ladaria said it must reflect a "true consensus," not merely a majority vote of U.S. bishops' conference committee chairs, all of whom won their seats by relatively narrow margins. He insisted that any such policy respect the rights of local ordinaries and of the Holy See, and that it expand the focus beyond those Catholics who happen to serve in political life. 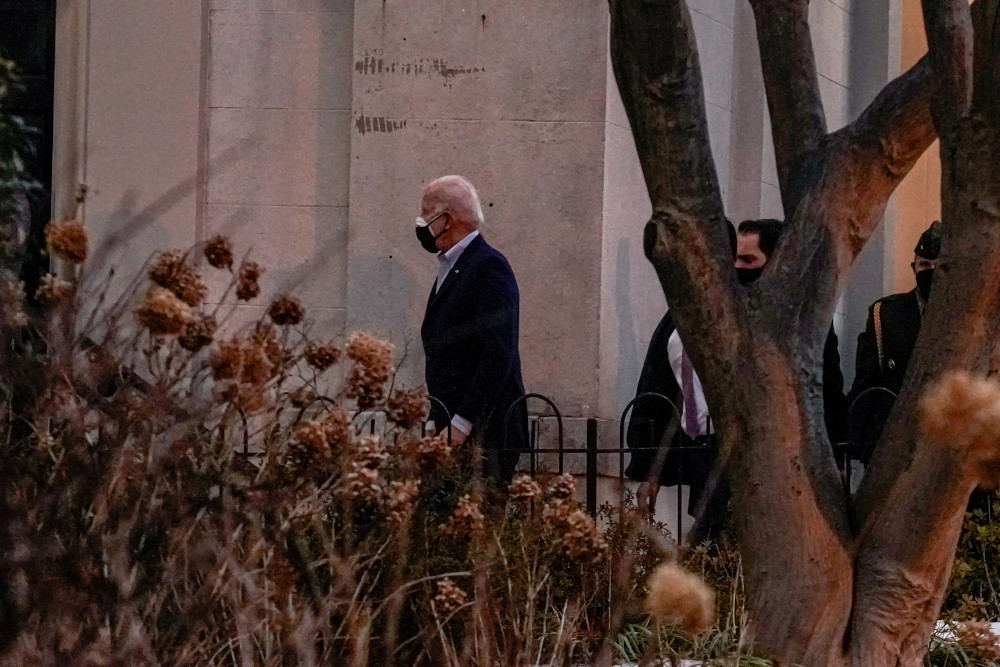 The letter then cuts out the very touchstone that set the whole campaign in motion: "It would be misleading if such a statement were to give the impression that abortion and euthanasia alone constitute the only grave matters of Catholic moral and social teaching that demand the fullest level of accountability on the part of Catholics."

Put differently, the calculation that abortion is the "preeminent concern" for Catholics when voting is a political calculation, not a doctrinal one, and so properly belongs with the individual Catholic voter discerning how to cast her ballot, not with the U.S. bishops' drafting committees.

Ladaria also stated that the U.S. bishops' conference consult with other national episcopal conferences so as "both to learn from one another and to preserve unity in the Universal Church." Translation: You are the only episcopal conference undertaking this insane effort to weaponize the Eucharist, and if you won't listen to the saner voices in your own conference, try listening to bishops in other countries.

Ever since the election results became clear, a certain wing of the U.S. church, which might well constitute a majority of those who attend Mass weekly, have been in a tizzy because Biden won.

"We are at a critical moment in America and in the church," Raymond Arroyo began his show last week. "Now some might quibble, but I think that it is pretty clear that the most well-known and the most powerful Catholic in the world is President Joe Biden, at least for the time being. He is through his actions and constant reference to his Catholic faith teaching the world and Catholics how to behave, how to live out their faith or how to ignore it."

Ever since the election results became clear, a certain wing of the U.S. church, which might well constitute a majority of those who attend Mass weekly, have been in a tizzy because Biden won.

Really? After four years of being told to ignore the moral depredations of Donald Trump because he was a modern-day King Cyrus, a pagan, yes, but an instrument in the hands of Yahweh for the salvation of his people, this is a bit rich. As I have noted many, many times, there is not a Catholic in the country who does not know what the church teaches regarding abortion, and that Biden dissents, not from the teaching itself but from the prospect of civil protections for the life of the unborn. So, the suggestion that the church faces an especially urgent challenge from the Biden presidency is not only rich, it is wrong.

The Catholic Church in the United States faces an especially urgent challenge in the fact that its bishops' conference has been taken over by a group of zealots who conflate politics with religion in the most puerile of ways.

Last week, for example, after Cordileone's pastoral letter was issued, Maggie Gallagher, the executive director of the Benedict XVI Institute established by Cordileone, sent out an email touting the recent media coverage the archbishop's pastoral letter had garnered and ended with a fundraising appeal. We see these kinds of pitches all the time from politicians, but from a liturgical institute? Commented one clerical wag, "Tell Cordileone to go fund himself."

Or recall that Naumann told the Catholic News Agency after his ad limina visit that Pope Francis had endorsed the bishops' decision to label abortion "a preeminent priority," which is undoubtedly true, but the bishops' document on voting declared abortion "the preeminent concern." The reporter did not ask Naumann if perhaps he should be cautious in quoting the pope when the key difference lay between the use of a definite and an indefinite article, and that the pope was speaking in a different language. It is a challenge for the church when an archbishop puts words in the pope's mouth that do not reflect the pope's thinking.

Ladaria's letter could not have been more of a wet blanket on the plans of the zealots, a polite, thoughtful, but nonetheless soaking blanket. He has called the bishops to be bishops, to act the way bishops are supposed to act and teach what the church teaches, not what some political action committee urges. Will it be enough?