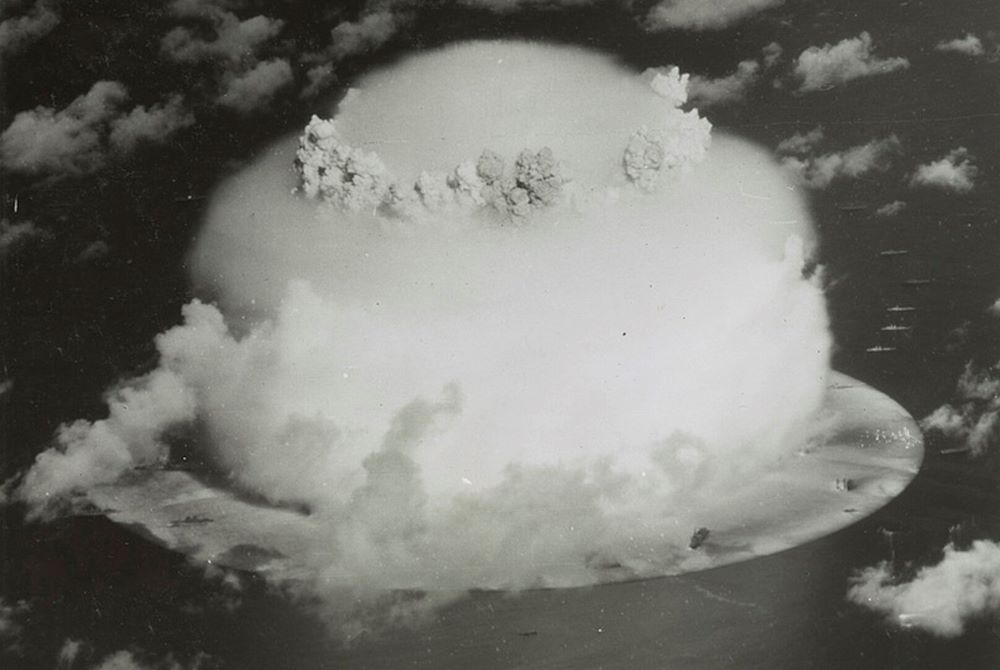 That is we hope we have killed them. … The effect is hoped for, not known. It is to be hoped they are vaporized, our Japanese brothers, scattered men, women, and babies over the seven seas. Perhaps, we will breathe their dust into our nostrils, feel them in the fog of New York on our faces, feel them in the rain on the hills of Easton. Jubilate Deo. … We have created destruction.

Day's 1945 editorial is among the earliest and most compelling examples of Catholic condemnation of nuclear weapons of which there are many — firsthand accounts of the bomb's effect on the Japanese, papal appeals, bishops' pastorals, disarmament actions from Catholic activists, and statements, statements, statements. 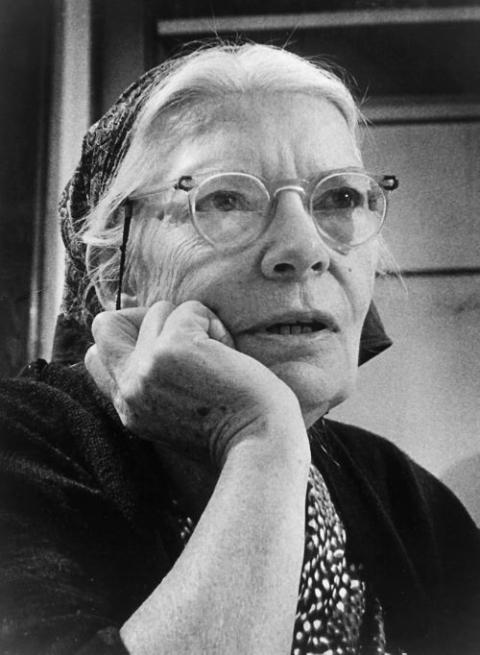 Last year Archbishop of Santa Fe, New Mexico John Wester, released Living in the Light of Christ's Peace: A Conversation Toward Nuclear Disarmament. Faith-filled, practical and notably unambiguous, it is a remarkable document especially when one considers the author's locale.

New Mexico harbors an estimated 2,500 nuclear warheads and is home to two national nuclear weapons laboratories, Sandia and Los Alamos, birthplace of the atomic bomb. Were the state a country, it would rank third among global nuclear powers. Living in proximity to all that death-making might numb or terrify many of us.

Yet Wester writes with confidence in the God Who Wants Life, not nuclear annihilation, for humanity. He calls for abolishing nuclear weapons and redirecting American brain power to the complex tasks of verifiable nuclear disarmament and the development of renewable energy. Now is the time to discuss the why and how of this urgent work, he writes: "We can do this, and with the God of peace with us, we can do this soon."

Seven weeks after the pastoral's publication, Russian President Vladimir Putin invaded Ukraine, initiating a war of potentially planetary consequences, one that pits the world's two biggest nuclear powers in a perilous standoff. The U.S. and Russia together possess 90% of the global nuclear arsenal. While the two countries recently renewed their one remaining bilateral treaty concerning nuclear weapons, the war has badly frayed the lines of communication between them. Defense analysts fear an accidental detonation, launched amid the fog of war, could trigger a catastrophic nuclear exchange. According to the Bulletin of the Atomic Scientists, the potential for a nuclear doomsday looms closer than at any point during the darkest days of the Cold War.

Americans, typically indifferent to the hazards of our nuclear arsenal, are worried. The National Defense Survey of the Ronald Reagan Presidential Institute and Foundation, released Dec. 1, found that of the 2,538 adults surveyed in November, 69% said they were extremely or somewhat concerned about the likelihood of nuclear war in the next five years.

In a recent presentation to peace activists, European peace advocate Rainer Braun said he observed a similar anxiety among Russians during his November trip to Moscow, noting that everyone is walking around in a state of fear and dread.

Given the peril and collective despair, one hoped Living in the Light of Christ would merit prominent billing in every U.S. diocese and public discussion at the November meeting of the U.S. bishops' conference. Neither response occurred. The pastoral by Wester, who was named runner-up (after Energoatom staff at Ukraine's Zaporizhzhia nuclear power plant) in the 2022 Arms Control Association's Person/Persons of the Year Award, is better known among secular disarmament organizations than Catholics. 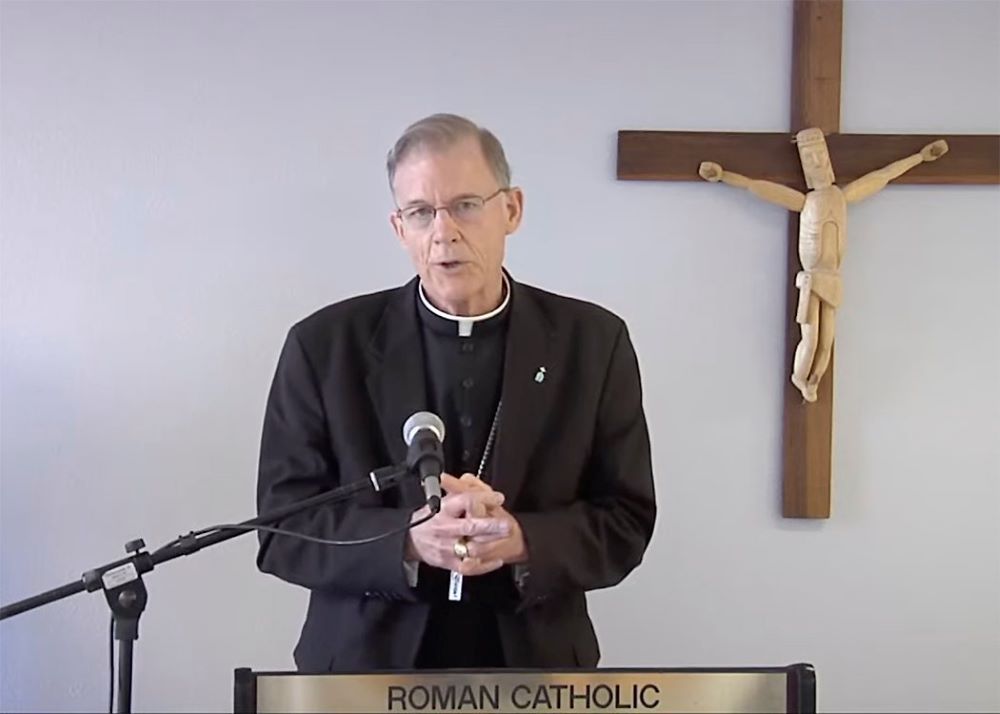 During this month, marking the first anniversary of the letter's publication, dioceses across the country can rectify this oversight. Here's how:

1. Circulate Living in the Light of Christ's Peace in your parishes and establish study groups to discuss its proposals.

2. Endorse the Back from the Brink Resolution. The dioceses of Springfield, Massachusetts, and Little Rock, Arkansas, have already done so. Initiated by the Union of Concerned Scientists and International Physicians for the Prevention of Nuclear War, the resolution calls on the U.S. to lead a global effort to prevent nuclear war by: pursuing a verifiable agreement among nuclear states to eliminate their nuclear arsenals; renouncing the option of using nuclear weapons first; ending the sole unchecked authority of any president to launch a nuclear attack; canceling plans to modernize the U.S. nuclear arsenal; and taking U.S. weapons off hair-trigger alert, a policy U.S. presidents and generals have supported.

3. Promote U.S. ratification of the United Nations Treaty on the Prohibition of Nuclear Weapons (TPNW). The Vatican was the first of the 68 countries to have ratified the convention, which outlaws the production, transport as well as use of nuclear weapons. Twenty-seven more states are in the process of doing so.

Seth Shelden, U.N. liaison for the International Campaign to Abolish Nuclear Weapons, said in a January virtual gathering of the Nuclear Ban Treaty Collaborative that he estimates that by years end nearly half the world’s nation states, most in the Global South, will legally commit to the treaty, sending a strong message that they have had enough of living under the terror of nuclear-armed states.

Jan. 22, known to many Catholics as a day for pro-life marches, also marks the second anniversary the TPNW went into legal effect. Celebrating that accomplishment in our churches would communicate that Catholic reverence for the sanctity of life includes working to preserve the world we want the unborn to inhabit.

"[O]ur attempts to speak out against the arms race will never be enough," Pope Francis said during his 2019 visit to Nagasaki, the second Japanese city to suffer an American atom bomb in 1945. Ever since its first flash, we have, to quote Dorothy Day, invested in "created destruction." And done so at great cost to the environment, the poor and the future.

Wester's pastoral reminds us of another light out there, that of Christ's peace. This Light destroys no one. To work urgently and concretely for worldwide nuclear disarmament gives witness to its illumination.

We can do this.