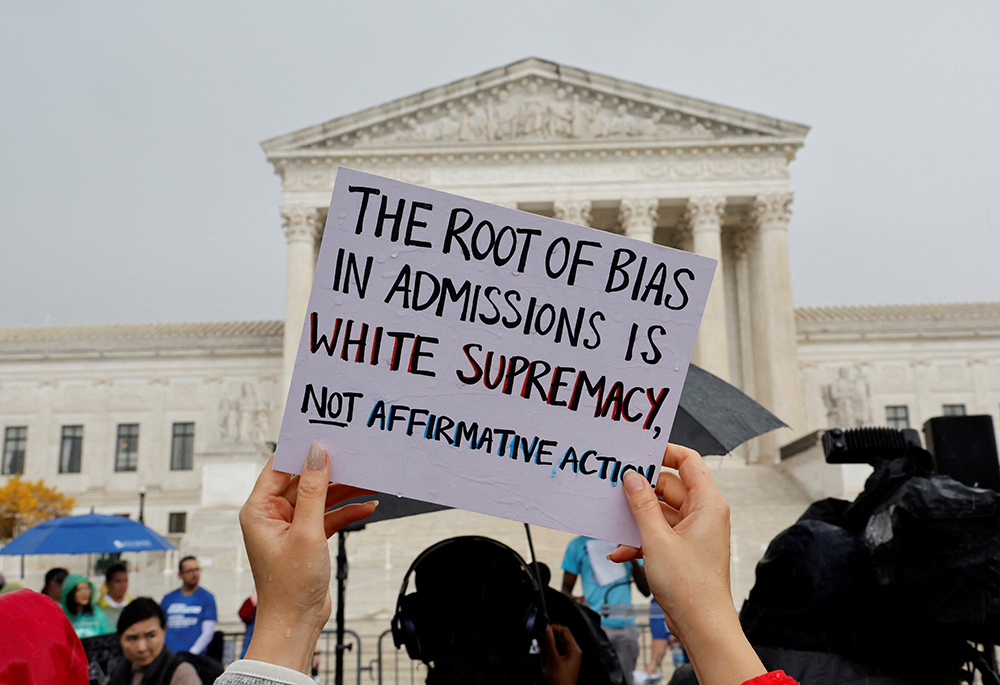 This is a popular refrain throughout the pro-life movement: abortion is a form of systemic racism that disproportionately targets nonwhite populations, especially Black people. Indeed, surprising voices, like activist Abby Johnson, who has said it would be smart for police to racially profile her minority child, has even stated that the abortion industry is racist.

So it is not a surprise that Thomas, a celebrated member of the conservative Catholic community made the connection in his concurring opinion about the Indiana abortion law. He noted the origins of eugenics as a scientific and academic discipline, explaining that "leaders in the eugenics movement held prominent positions at Harvard, Stanford, and Yale, among other schools, and eugenics was taught at 376 universities and colleges."

Whatever the truth to the claims that abortion policy and jurisprudence are rooted in eugenic ideas, it is clear that eugenics itself is contrary to Catholic morals and social teaching. And it could be easily grasped why a Catholic justice would be concerned about the mischief that eugenic thinking in policy and medicine could do in a system that is not properly inoculated against it.

Which is why it was surprising to hear him take the opposite position to modest anti-racism policies in recent oral arguments for cases challenging affirmative action.

During oral arguments in the North Carolina case, Thomas questioned the educational benefit of racially diverse schools: "And I'd like you to tell me expressly, when a parent sends a kid to college, that they don't necessarily send them there to have fun or feel good or anything like that; they send them there to learn physics or chemistry or whatever they're studying. So tell me what the educational benefits [of diversity] are."

How could someone so well versed in the history of racism at U.S. universities and colleges in the context of abortion now find policies to improve diversity and reduce bigotry in those same institutions as having no educational benefit? 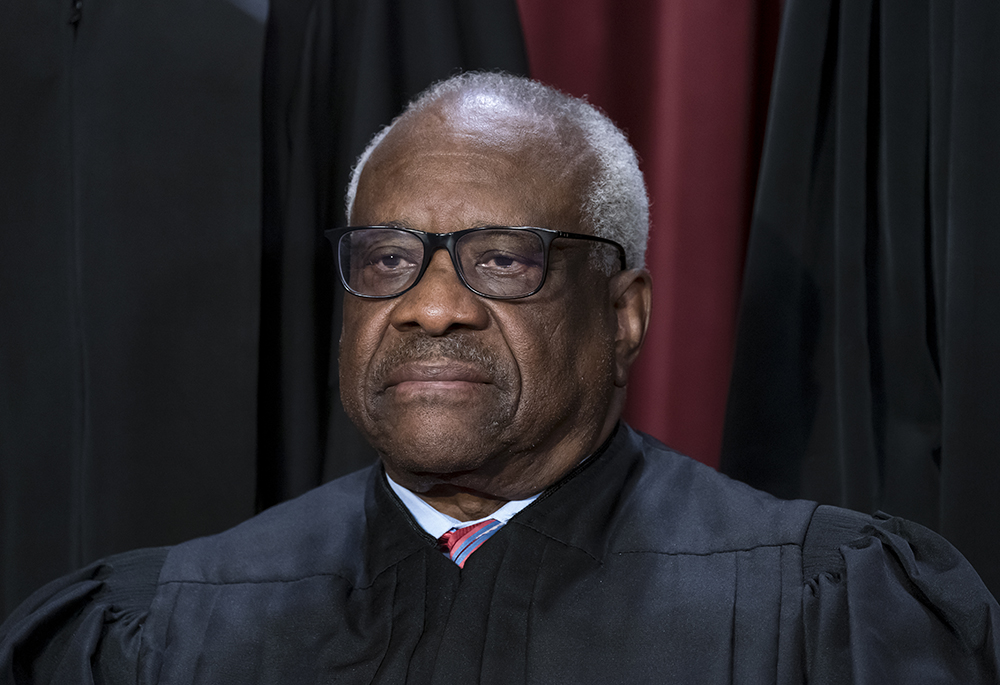 Given the clear role the absence of Black voices in these institutions played in them promoting racist eugenics, and Justice Thomas' obvious familiarity with that history, it beggars belief that he would not understand the educational benefit of ensuring diverse voices on campus. After all, it is precisely the diverse student bodies of today that do much of the work to challenge modern eugenic voices on campus, such as political scientist and author Charles Murray.

In other words, you would think that the pro-life movement and judges would be at the forefront of promoting affirmative action efforts. But instead we get a Venn diagram overlap that is almost a full circle between pro-life advocates decrying the racist and eugenic roots of abortion policy and opponents of affirmative action to ensure inclusion of Black people in academic and economic life.

If your argument is that we live in a society that disproportionately targets Black people for destruction before we are even born, it's just common sense that you need to be more proactive in helping us navigate the path to higher education. How is it reasonable to believe that a society that wants to kill us, because it thinks we are inferior, has a completely fair and equal path to college for us?

If your argument is that racist eugenics was cooked up by white elites at universities that excluded Black people, and that is why you oppose abortion, then how can you oppose the idea that new generations of leaders need to be part of a diverse community to prevent a return to racist ignorance and ideologies? How can you not see that more important than technical learning is the moral formation of students, faculty and staff, to prevent education from becoming a tool of racial oppression, including eugenics?

Not only is this approach to race and affirmative action inconsistent with the stated understanding of racism and abortion, but it's contrary to Supreme Court precedent and Catholic social teaching.

In Grutter v. Bollinger, in 2003, the Supreme Court held that "student body diversity is a compelling state interest that can justify the use of race in university admissions." Thomas wrote an opinion in that case disagreeing with the holding that diversity was a compelling state interest. He reduced the issue of diversity to an "aesthetic" solution that had little to do with education.

But the church does not agree. At the heart of education is not just technical knowledge, as Thomas hypothesized about parents paying for a chemistry major. As the church has explained in a Vatican document on Catholic schools, "Cultural pluralism, therefore, leads the Church to reaffirm her mission of education to ensure strong character formation." In a diverse society, character formation becomes more important as an educational goal.

The U.S. bishops' conference also has described the purpose of education as contributing to the common good, which ultimately is about ensuring the freedom of each person and community to fully develop their moral life: "Our schools serve both the faith community and society by educating children, young people and adults to contribute to the common good by becoming active and caring members of the communities, cities, and nation in which they live."

And the Catechism of the Catholic Church teaches that it "is the role of the state to defend and promote the common good of civil society, its citizens, and intermediate bodies." Thus, the church recognizes the affirmative obligation to secure the moral formation of the community through education, which includes educating against racism, a key element of social progress as explained by Pope Francis in Fratelli Tutti: “In addition, a readiness to discard others finds expression in vicious attitudes that we thought long past, such as racism, which retreats underground only to keep reemerging. Instances of racism continue to shame us, for they show that our supposed social progress is not as real or definitive as we think.”

To their credit, several Catholic universities recognize the Catholic obligation to engage in affirmative action and filed an amicus brief with the court, arguing that it had a religious-freedom obligation to continue practicing it. But will this Catholic court? If oral argument is any indication, we will see a court opinion that says the Constitution forbids education that includes moral formation and that dismantles white supremacy. And when that happens, will the bishops remain silent in the face of judgment clearly contrary to Catholic teaching, or will they oppose it with the same strength that they attacked Roe v. Wade?

How they respond will say everything about whether they ever really cared about systemic racism and Catholic social teaching, or if Black people were just a disposable pro-life prop.

A version of this story appeared in the Dec 9-22, 2022 print issue under the headline: Affirmative action, but only in the womb?.