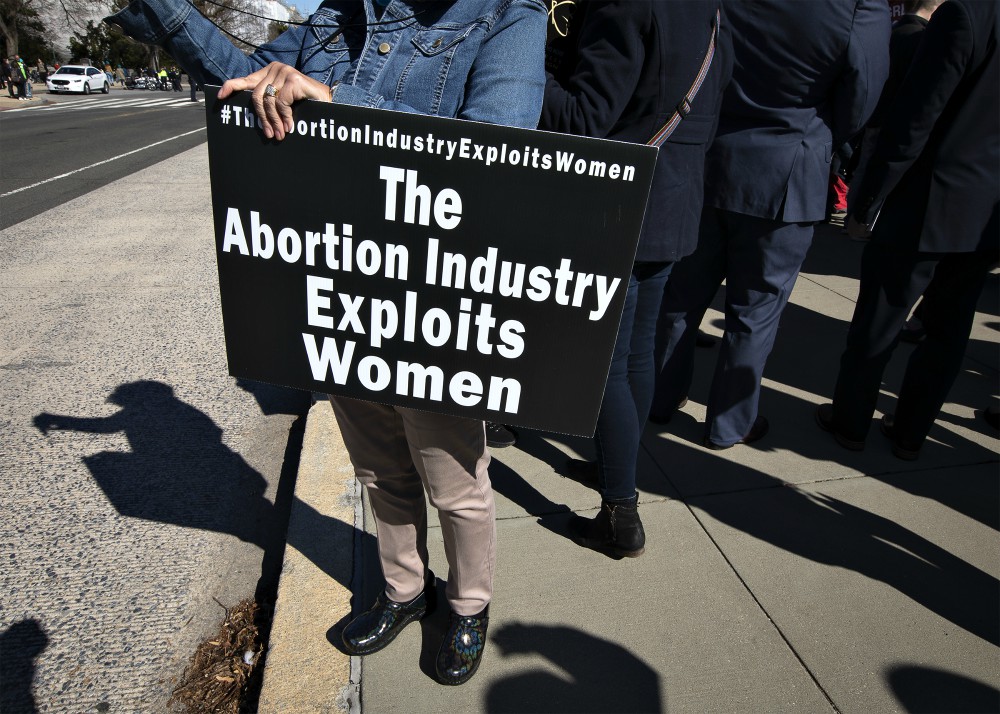 Editors' note: Last week, NCR executive editor Heidi Schlumpf opined that "AOC is the future of the Catholic Church." That column did not address U.S. Rep. Alexandria Ocasio-Cortez's position on abortion, so we invited EWTN's "Morning Glory" radio host Gloria Purvis to do so.

Two weeks ago, I watched as U.S. Rep. Alexandria Ocasio Cortez, a Catholic, took to the House floor to give an account of how fellow Congressman Ted Yoho, also Catholic, verbally abused her.

He failed to exercise self-mastery in the face of her ideas, which he called "dangerous." So he spoke to her and about her in a way that is contrary to their shared faith, our shared faith. He spewed hateful vulgarities and demeaned her person.

I related to Ocasio-Cortez's experience, as I have had otherwise good Catholic men verbally abuse me for my ideas while others, like Rep. Roger Williams in the case of the altercation with Yoho, stood by silently.

Although my ideas on race and the human person align with church teaching, they fell short of some Catholic men's approval, and so they shouted, howled and insulted me for my "extreme" ideas and for what they perceived as not being winsome in delivery. How could any good man, much less a serious Catholic man, behave this way?

I agree with Ocasio-Cortez that there is a "culture of impunity, of accepting violence and violent language against women ... an entire structure of power that supports [it]." I say this from not only personal experience and seeing how other women are likewise treated for their opinions, but also because of the way women's minds and bodies are treated in our culture — a culture that can infect even the best of our Catholic men in their weakest moments. 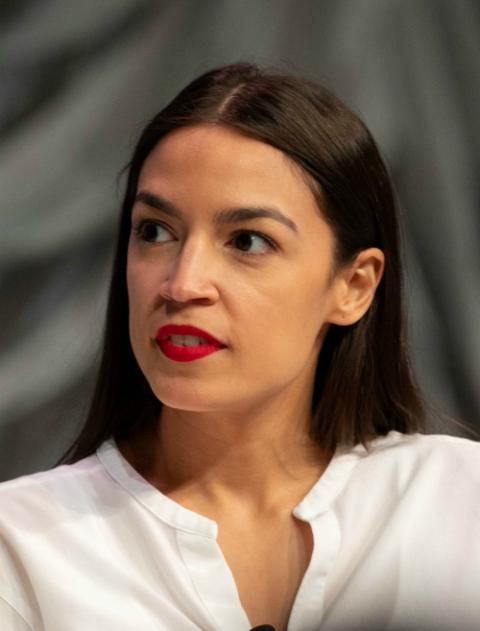 While Ocasio-Cortez is not responsible for Yoho's heinous words or Williams' cowardly silence, she, in my opinion, supports policies that underpin a culture of violence against women. In her piece on criminal justice reform, she reminds the reader to "not forget the guiding principle of 'the least among us' found in Matthew." With that guiding principle, I encourage her to rethink the praxis of reproductive rights.

In May 2019, Ocasio-Cortez tweeted, "When women are in control of their sexuality, it threatens a core element underpinning right-wing ideology: patriarchy. It's a brutal form of oppression to seize control of the 1 essential thing a person should command: their own body."

If Ocasio-Cortez is to be the future of the Catholic Church, as a previous NCR opinion piece asserts, she must broaden her vision of life issues. It must be a vision that encompasses true love and liberation for all members of the human family, especially the unborn.

In "Laudato Si', on Care for Our Common Home," Pope Francis additionally notes, "Since everything is interrelated, concern for the protection of nature is also incompatible with the justification of abortion. How can we genuinely teach the importance of concern for other vulnerable beings, however troublesome or inconvenient they may be, if we fail to protect a human embryo, even when its presence is uncomfortable and creates difficulties?"

Ocasio-Cortez needs to examine, in light of her faith, what it means to be in control of our sexuality and our bodies. Who benefits when we terminate the lives of our daughters in our wombs? How does choosing this control over the bodies of our unborn daughters undo patriarchy?

It is not sufficient that some say that women benefit, too, from abortion. Abortion simply passes on the domination of another to the weakest in the family relationship, the unborn daughter. Abortion does not liberate women from the patriarchy; it simply severs a man from his obligation to the mother and their unborn daughter.

This does not make men decent, nor does this free women's sexuality. A sexuality that is free embraces the mother, the pregnancy and the child. A society that cherishes this freedom offers support for women and girls whether pregnant, mothering, or not, and rightfully binds the father to support the mother and his child.

In effect, women bear the terrible cost of so-called reproductive rights. No woman nor unborn female child is liberated from male domination through abortion. Abortion desecrates the uniquely female experience of pregnancy by violating women and the God-given sanctuary of our unborn daughters.

This does not teach men to love and respect us nor their unborn daughters. It enables them to defile women and encourages them to abuse women, verbally and otherwise.

I invite Ocasio-Cortez to consider a new vision of reproductive rights from the lens of our shared Catholic faith. We as women have a right to become pregnant naturally, as is unique to us as females. We have a right to be pregnant, give birth, and mother our daughters without penalty from our schools, our employers, our government — our society. We have a right to fathers helping us rear our children, and the child has a right to both her mother and father together.

In fact, our society should make way for this uniquely female experience of pregnancy and motherhood and encourage healthy family bonds needed to change the culture for human flourishing. If Ocasio-Cortez can champion a complete overhaul of American society in search of economic, social and racial justice and the Green New Deal, she can certainly champion a new vision for reproductive rights.

[Gloria Purvis (@gloria_purvis on Twitter) is launching a spiritual reparations campaign in response to racism in the U.S. To join this effort, email her at blackcatholics4life@mac.com.]