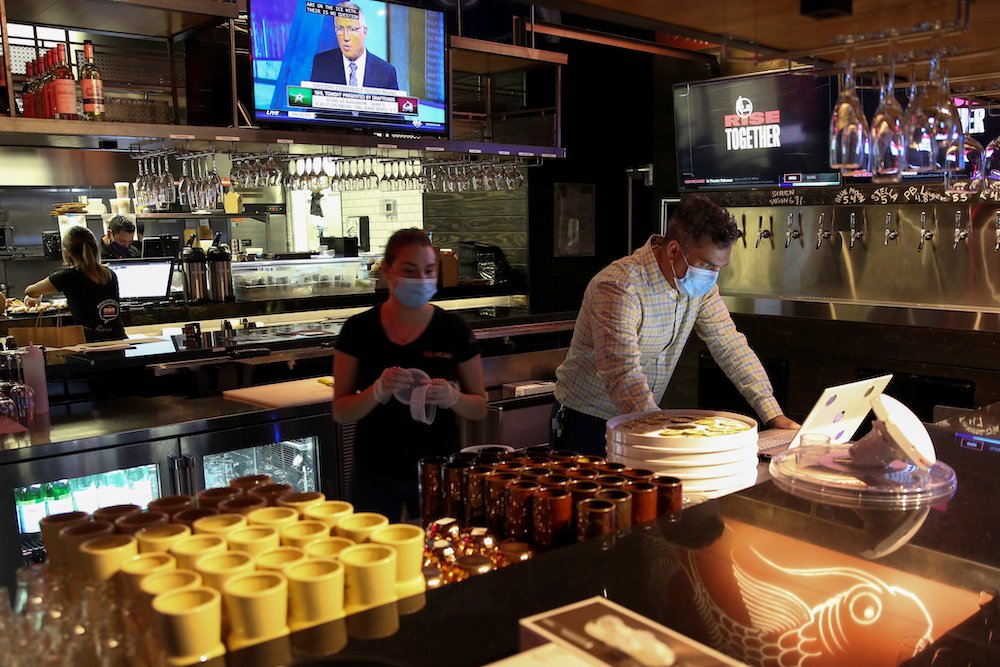 People in Miami work at a restaurant Aug. 31, 2020, during the coronavirus pandemic. (CNS/Reuters/Marco Bello)

I grew up 300 miles away from President-elect Joe Biden in a small town called Nemacolin, Pennsylvania. Nemacolin was a company town, meaning the mining company owned everything. Every house, every store and seemingly every square foot belonged to the mining company. There were two exceptions: the union hall and Our Lady of Consolation Church, which was at the heart of our town's Catholic community.

Back in the 1920s and 1930s, it seemed like nothing and no one could stand in the way of the coal companies' pursuit of profit. After all, they had a special police force — the Coal and Iron Police. The companies' private guards threatened and attacked — even murdered — miners who tried to stand together to form our union — the United Mine Workers of America.

My dad used to tell me about an incident after company guards broke up one union meeting. A mounted troop from the Coal and Iron Police tried to run down him and my granddad. They sprinted through the woods, over a hill and up the steps to Our Lady of Consolation Church. The parish priest, Fr. Paul Simko, heard the commotion and came out front with a crucifix raised high. He stepped right between my dad and granddad and the mounted police and said, "You can't ride up on these steps. This is a sanctuary!"

Our parish was a refuge against injustice, a sacred sanctuary that promoted compassion and the dignity of work.

And Fr. Simko was not some kind of rogue actor. He was living the church's teachings from the papal enyclical, Rerum Novarum. He was practicing the virtue of solidarity that Pope Francis so often speaks of today.

Of course, a lot has changed in America since Fr. Simko raised that crucifix.

A president gave working people a New Deal, lifting America out of depression by strengthening workers' rights, and union membership soared. It is not a coincidence that hourly wages rose by more than 90% between 1948 and 1973. Rather, it was the result of the expansion and enforcement of collective bargaining.

But over the next 40 years — from 1973 to 2013 — hourly wages rose by just 9% while productivity increased 74%. Policymakers either attacked collective bargaining or did little to stop those attacks as union membership dwindled.

So America today needs more than anything solidarity and human dignity — the church's core teachings. The teaching that we are our brothers' and sisters' keepers, that we are not commodities whose value is determined by a flawed and arbitrary market, but human beings, souls, created in the image of God, and each of our worth is beyond price.

And it is high time our nation's laws promoted solidarity and human dignity. That is why as Biden prepares to take office during a devastating pandemic and defining moment for our country, this is the moment to rewrite America's labor laws and pass the Protecting the Right to Organize (PRO) Act.

This piece of legislation would protect and empower workers to exercise our right to organize and bargain. It would make sure that workers can reach a first contract quickly after our union is recognized, end employers' practice of hiring permanent replacements to punish striking workers and hold corporations responsible. And it would ban so-called "right to work," a regime of state laws rooted in racism, that has left working people poorer and weaker.

Promoting solidarity and human dignity means making it possible for workers to come together to organize and to win a fair deal. That is what the PRO Act does. It is legislation that gives meaning in public policy to Francis' teaching that work is "both a gift and a duty." He reminds us that, "Labor is not a mere commodity, but has its own inherent dignity and worth." It's a message we heard often from Biden on the campaign trail.

We need the PRO Act because working people in America — and around the world — are being deprived of the respect we have earned through our blood, sweat and tears. America's pitifully weakened labor laws no longer serve as an effective means for us to have our voices heard.

It isn't supposed to be this way. The stated purpose of the National Labor Relations Act is to encourage collective bargaining. Yet in the more than 80 years since its passage, every amendment to the law, most egregiously the 1947 Taft-Hartley Act, has made it more difficult for workers to form unions — and the courts have tried to whittle away what was left of our rights.

The COVID-19 crisis has led to deadly consequences for this system of worker powerlessness. 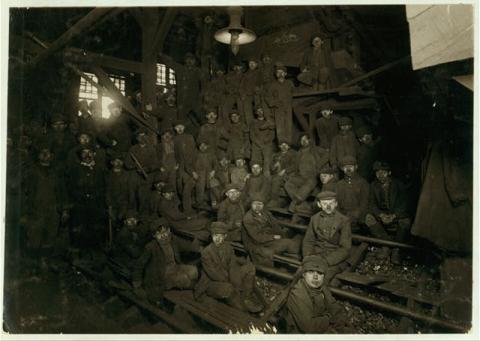 Unlike in other developed countries, most of America's workers have little say on the safety conditions of our workplaces. And tens of millions of America's workers lack paid sick days — leaving too many with the unthinkable choice of exposing others to COVID-19 or foregoing a paycheck and not being able to buy food or pay rent. Lack of worker voice in our society also meant that we had among the developed world's least effective system of support for workers when our economy shut down. As a result, millions lost our livelihoods and health care during the deadliest pandemic in a century. Evictions and foreclosures and food insecurity came next.

This mass suffering is not just unacceptable, it is entirely preventable.

Scripture reminds us: "For a person to eat, to drink and to find satisfaction in their toilsome labor under the sun during the few days of life God has given them — for this is their lot" (Ecclesiastes 5:18).

The PRO Act is how we achieve dignity in our workplaces and fulfill the teachings of our faith.

The incoming president — only the second Catholic who will occupy the Oval Office — understands this. Biden often says, "A job is about a lot more than a paycheck. It's about dignity. It's about respect. It's about being able to look your kid in the eye and say everything will be okay." But he also knows that is currently unachievable — maybe even unimaginable — for millions of Americans.

Runaway economic inequality and economic insecurity have led our country to the brink of disaster. In place of solidarity and dignity we have greed, racism and hate. The only path away from this abyss involves recognizing and respecting the collective power of workers demanding better pay and safer working conditions.

Workers are embracing collective action with a fervor I haven't seen since the president-elect and I were young boys growing up in Pennsylvania. Research from the Massachusetts Institute of Technology shows nearly half of non-union workers — more than 60 million people — would vote to join today if given the opportunity.

Francis said solidarity is a word that "strikes fear in the more developed world. … It's almost a dirty word for them. But it is our word!" We are connected to each other. We are bound together. Our faith instructs us that we are sisters and brothers, part of God's family, and that every person has dignity and worth as a child of God.

And that is why America needs the PRO Act. It is why Biden, who understands and believes in the church's social teachings, gives working people hope that we will see a new and better day in our country.