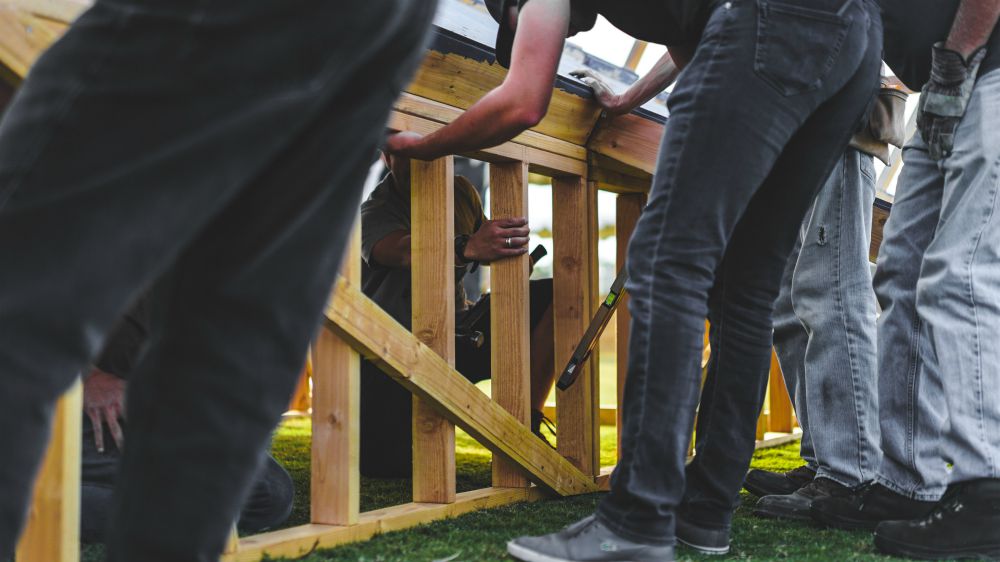 Growing up in the pews of Holy Name parish in the suburbs of Detroit, my community of faith centered on respect for work and working people. We were taught to stand beside the most vulnerable among us and to respect the dignity of work. Our church stood for social justice and common good.

But in an era when many Americans' real wages have stagnated and working moms and dads worry about their kids' economic prospects, many have felt that their church was standing on the sidelines when it came to matters of work. Far too often, working Catholics did not see their place of worship as someplace to turn for solidarity or support in trying times.

It has been inspiring to see Pope Francis lead a renewal of this question. He has called on the church to once again stand squarely alongside working families.

In a moving 2015 speech to organizers of popular movements, Francis reminded us that "the first task is to put the economy at the service of peoples." When it comes to how people work and live in our modern economy, Francis has boldly called for "us not be afraid to say it: we want change, real change, structural change."

These calls have reverberated throughout the church. Just this month, American bishops took a stand when they filed an amicus brief opposing an attack on working people that is now before our Supreme Court.

American Catholic institutions, as employers themselves, have an important role to play in joining the church's movement to make real change. Many are already acting responsibly by fully respecting the rights of the people they employ. Some are not, which dismays those of us who believe our church should lead the way when it comes to creating meaningful work for all.

The reality today is that many adjunct faculty at Catholic colleges and universities are facing a precarious and uncertain future because their compensation is so low. Many are forced to drive long distances from campus to campus just to piece together enough courses to make a living. They often face last-minute course cancellations that leave them wondering when their next paycheck will come. Despite high levels of education and credentials, they are forced to eke out livings at subsistence wages. In some cases, they are driven to extreme poverty and forced to rely on food stamps or even live out of their cars.

As a result, a growing number of faculty who teach at Catholic institutions have decided to join together in unions to advocate for secure and decent work.

The church has long supported working people's right to organize unions. Francis has reaffirmed that support. Last year, he met with me and a group of fellow labor union leaders from around the world, calling on us to build organizations that defend "human values in a profit-driven global economy."

It has been heartening to see many examples of Catholic and Jesuit colleges and universities honoring faculty members' rights as workers by not interfering when they decide to organize unions. Last fall, Fordham University leadership worked collaboratively with their employees as contingent faculty formed a union. To date, professors at more than a dozen other faith-based higher education institutions have successfully started unions.

But other institutions have declined to extend the same respect to their faculty. Administrators at Seattle University and St. Martin's University have attempted to block their faculty from forming unions with dubious claims that they are somehow not obligated to recognize their employees' rights because they are Catholic institutions. Our faith must not be distorted to serve as an instrument that holds back our brothers and sisters, but instead should serve to light their path forward to a better life.

I stand with adjunct and contingent faculty in Catholic higher education in calling for their institutions to work constructively with their employees' organizations to create sustainable, family-supporting work. That starts with acknowledging that contingent faculty, like all working people, have the right to organize unions.

As Francis has said, ordinary people want to be "artisans of their own destiny. They want to advance peacefully towards justice. They do not want forms of tutelage or interference by which those with greater power subordinate those with less."

Amen. It is time for leaders who hold power in Catholic institutions to stop interfering with the rights of their employees and to respect the dignity of their work.

[Mary Kay Henry is president of the Service Employees International Union, a 2-million member union of people in service and care jobs in North America.]