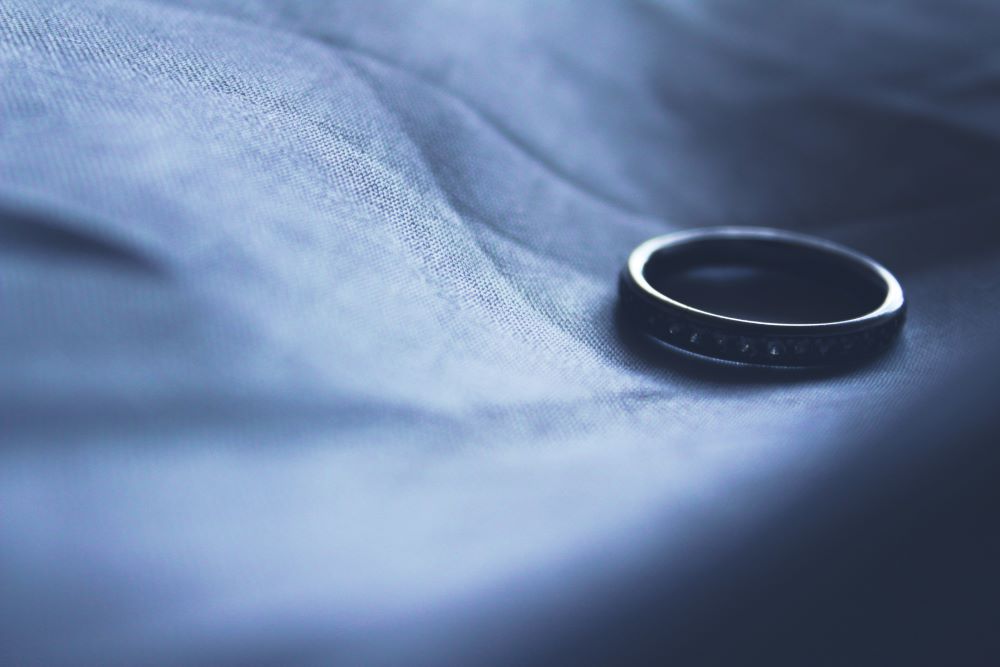 How are survivors of domestic violence treated by Catholic marriage tribunals, the diocesan courts that determine whether the sacramental bond of a marriage exists or not? Sadly, if domestic violence is involved, the process can be painful, not pastoral, and often ineffective.

As a pastor who has worked in domestic violence ministry for decades, allow me to share some stories.

An undocumented, immigrant woman met and married her husband in Chicago. From the very day of their marriage, he isolated her. She could not work, go to school, shop for food or even buy her own clothing without her husband accompanying her. Years later she sought my assistance.

Pastoral counseling as well as proper social work protocol dictate that the counselor believe the victim. When this woman applied for annulment, however, she had to provide testimonies to substantiate her claims of abuse. Because she had no family in the United States and no friends to back up her claims of abuse and did not know the location of her former husband, the judge felt she could not substantiate her claims and the annulment process dragged on.

Another female survivor came to me for advice. She had divorced her abusive husband and met a man she wanted to marry. When she tried to fill out the lengthy annulment questionnaire, she couldn't proceed. It was too painful to reflect on and recount the abuse she had experienced. She felt retraumatized. She abandoned the annulment process, remarried in civil court and stopped going to Communion for 17 years. No one at the marriage tribunal ever followed up to find out what happened to her.

Another woman called me recently about how her judge wrote in his denial of the annulment that her claims of domestic abuse at the hands of her husband were not justified because her behavior caused her husband's immoral acts. Anyone familiar with the dynamics of domestic violence recognizes this assessment as grossly mistaken. The abusing spouse is solely responsible for his abusive behavior, never the victim.

Despite statistics from the Centers for Disease Control and Prevention that show that 41% of women and 26% of men experience sexual or physical violence, and/or stalking by an intimate partner in their lifetimes, most Catholic clergy and diocesan tribunal judges and advocates (volunteer lay people who assist with the annulment process) receive no education or training about domestic violence. Yet some estimates from canon lawyers suggest that nearly half of annulment cases involve domestic violence.

This lack of education as well as the discretionary power of tribunal judges can lead to very harmful results. Clearly, church authorities need to evaluate the practices of diocesan marriage tribunals and make appropriate reforms to render the process more accessible, more compassionate and more effective. The recent growing appreciation for trauma and its long-term negative effects require a rethinking of tribunal services.

According to Catholic teaching, a sacramental marriage is legitimately established by the free expression of mutual consent of a man and woman before a Catholic priest or deacon. Once established, a permanent bond is formed that cannot be broken, even by the pope. This indissolubility stems from a theology of Catholic marriage based on New Testament texts. Most notable is Jesus' teaching: "For this reason a man shall leave his father and mother and is joined to his wife, and the two shall become one flesh. … What, therefore, God has joined together let no one separate" (Matthew 19:4-9).

St. Paul argues the marriage bond is indissoluble because it reflects the relationship between Christ and the church, a permanent and unbreakable relationship (Ephesians 5:21-33). Moreover, the Catholic Church asserts the sacramental bond was forged by God, reflecting God's love for humankind, which is permanent. Although some theologians challenge this interpretation, the official teaching of indissolubility has endured from the earliest times of Christianity.

But certain conditions are necessary to establish the marriage bond, and if marriage lacks one or more of these conditions at the time of the wedding, it is null. These justifiable "grounds" for an annulment include dishonest presentation of one's person and/or intentions or deliberate deceit; force or fear of force; a cognitive error or ignorance about the nature of a sacramental marriage; lack of sufficient use of reason; or physical or emotional incapacity to assume the essential obligations of marriage.

Canon lawyers are quick to point out that any of these grounds, including moral turpitude or abuse that occurs after the wedding, do not constitute grounds for a declaration of nullity if there is no indication of its existence before the marriage. But the reality of domestic violence is that abusers commonly groom their victims over time, including during courtship and the first years of marriage. Abusive men rarely reveal their plan for power and control before the wedding. The abusive spouse may not even be aware he or she is grooming their partner to be submissive to the abuse. Many women do not see the abuse until years after the wedding.

Improvement is necessary, partly to better serve petitioners, notably victims of domestic violence, and partly to demonstrate that the church is faithfully carrying out the compassionate ministry of Jesus Christ.

But what if these grounds were not revealed until two or more years after the wedding? Would they still be sufficient grounds or would they just be considered a moral flaw that developed after the wedding? Victims often do not recognize abusive behavior until years after their wedding. Of course, many judges do their best to search for signs that the abuse preexisted the wedding, but if they don't find them, they will deny the annulment. Yet a proper understanding of domestic violence postulates that even if the signs of abuse were not evident before the marriage, the roots of abuse were there, albeit unknown to the victim and even the perpetrator.

Additionally, although some tribunal judges claim that the annulment process of historical review and analysis is healing for petitioners, many who work with victims believe it often retraumatizes them. Both assertions are based on anecdotal reports. Unfortunately, research to determine the prevalence and conditions under which each occurs is lacking. And, more importantly, most judges are unprepared to recognize and respond to re-traumatization.

Of course, there have been other criticisms of annulment process, some quite cynical, claiming that if someone has enough money or influence, a marriage tribunal will grant the annulment no matter the grounds. Pope Francis has tried to reform only the application process, not its legal standards, urging tribunals to simplify procedures, expedite decisions and eliminate fees.

But the process is still burdensome, and a large percentage of applicants abandon the process. Some fill out the initial application but never return to their parish or respond to the tribunal to finish the process. Even if they do try to respond, they may be uncomfortable or confused by the subsequent lengthy questionnaire or find the questions too painful to answer. Also, failure to obtain the required three witnesses to provide supporting testimony can doom the petitioners' request.

Unfortunately, marriage tribunals generally keep no records about how many drop out of the process and why. There is little to no follow-up, even though it is commonly recognized that a large percentage of applicants abandon the process. Data would help us better understand how the annulment process is succeeding or failing and could improve it. We should also recognize many people never even apply for an annulment because they fear the process or believe it a sham. But, again, there is no data to guide improvement.

And improvement is necessary, partly to better serve petitioners, notably victims of domestic violence, and partly to demonstrate that the church is faithfully carrying out the compassionate ministry of Jesus Christ. The education of judges and advocates should include formation in the dynamics of domestic violence. Church authorities also need to standardize processes and supervise their implementation to avoid the discrepancy between those diocesan tribunals acting liberally and others ruling harshly. Also, data should be systematically collected and analyzed about the number and kinds of cases submitted, the number and reasons for dropping out of the process, and the number and reasons for granting and denying the annulment. And, finally, this data and its corresponding evaluations should be made public information to the faithful.

A version of this story appeared in the Nov 11-24, 2022 print issue under the headline: The church needs to improve annulment process.