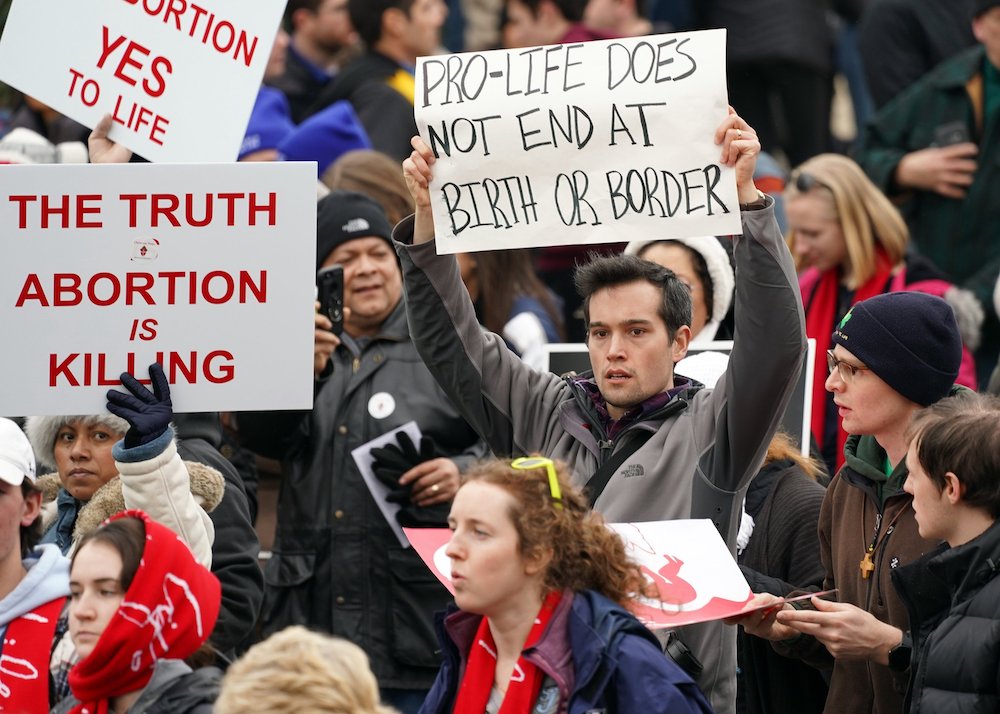 Pro-life advocates are pictured in during the annual March for Life in Washington, Jan. 24. (CNS/Long Island Catholic/Gregory A. Shemitz)

With a Roman Catholic nominated by a major party, the 2020 presidential election cannot help being another fraught moment in the long argument about how to be Catholic in American public life. The tumult has deep roots in American history, but the most recent chapter began with the 1973 Roe v. Wade decision and then-Archbishop Joseph Bernardin's misstep during the first presidential campaign after Roe in 1976.

Bernardin told reporters that bishops had been "disappointed" in a conversation about abortion with Democrat Jimmy Carter and "encouraged" by their conversation with Republican Gerald Ford, according to a Milwaukee Journal article. Ever since, the Catholic Church in the United States has been caught in a stalemated tug-of-war between two partisan camps over how to live Catholic faith in American public life.

Personally, I believe that Bernardin knew he had made the situation worse with those comments in 1976. Further, I believe he spent the balance of his public ministry trying to repair damage that the church's public witness suffered during the 1976 election. In weeks after the 1983 release of "The Challenge of Peace," a U.S. bishops' statement against the nuclear arms race, Cardinal Bernardin introduced a consistent ethic of life as a way to describe "a common moral challenge" posed by a whole range of threats to human life. The threats included nuclear arms, abortion, the death penalty, poverty and others.

We encounter another dimension of the problem when we notice that the consistent ethic defies our partisan divisions. If we are consistent in our defense of human life, we cannot be a comfortable Democrat or Republican. The whole architecture of our political imagination begins to collapse around us. I think that was purposeful: Bernardin was deeply troubled by our polarization as far back as the early 1970s, and he was devoted to disrupting our divisions. But he failed, and the consistent ethic became another hostage in our polarized battle instead of ending it. 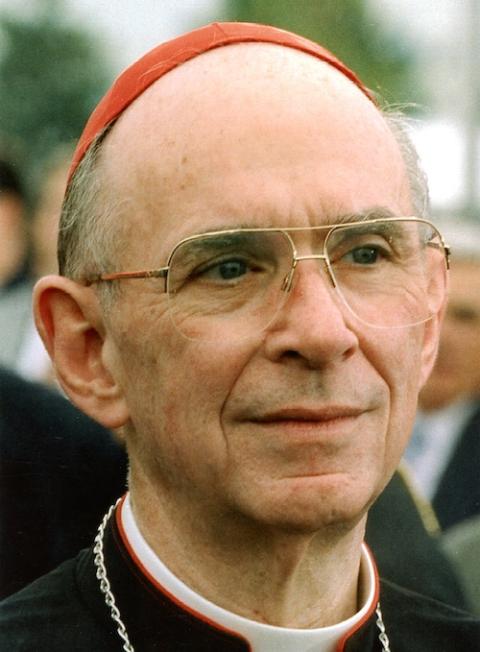 Cardinal Joseph L. Bernardin, pictured in a 1995 photo, argued, in those years following Roe v. Wade, that human life always is valuable and it must be respected consistently from conception to natural death. (CNS)

Still I think there is a deeper and more fundamental dimension of the problem. We need moral principles like a consistent ethic to guide us in politics. Yet moral theology is different from politics, and politics is not a philosophy classroom. Abstract principles only go so far in concrete situations. The consistent ethic embraces many complex issues in a slow-moving political system where Catholics do not have the last word. We cannot apply the consistent ethic without surveying the circumstances of the moment and asking, "How can I best defend human life today in the light of the possibilities that exist before me right now, reading the signs of the times we are in?" The prudent response to today's situation can be different from the prudent response to tomorrow's. The moral principle does not change. The moral possibilities of the moment do.

Simply saying there is no issue more important than abortion is not adequate. We have to probe more deeply, think more concretely. It does not diminish abortion's importance to say 11 presidential elections since Roe have not resolved it, a 12th is unlikely to do better, and there are other issues that also claim our moral attention where we may have greater success in 2020. On the other hand, a voter might believe that this election somehow will end abortions and that also is a judgment in line with a consistent ethic. But in both cases, a consistent ethic of life always comes down to how a believer applies it. It depends on prudential judgments made by an informed conscience that values human life highest of all.

Bernardin spoke of a consistent ethic as more of "an attitude" that recognizes "the sanctity of life … from womb to tomb." He never developed a language for applying the consistent ethic in politics. But I think describing it as an attitude comes close. It tells us how a "good Catholic" can vote for Joe Biden, or Donald Trump, or anyone. But it also assures us that our Creator and Judge one day will ask us to explain why we thought our decision really would effectively defend human life in concrete ways. Did we inform ourselves? Did we really think about it? Did we value the sanctity of every life equally "from womb to tomb" in every situation? Or, did we act from a spirit of division to continue a destructive polarization? Did we just want to win an argument, to defeat someone else?

A consistent ethic of life is here to remind us that we are going to have to have good answers to those questions.

[Steven P. Millies is associate professor of public theology and director of The Bernardin Center at Catholic Theological Union in Chicago. His most recent book is Good Intentions: A History of Catholic Voters' Road from Roe to Trump (Liturgical Press, 2018). During the fall 2020 semester, he has been appointed as a visiting fellow at Loyola University Chicago.]