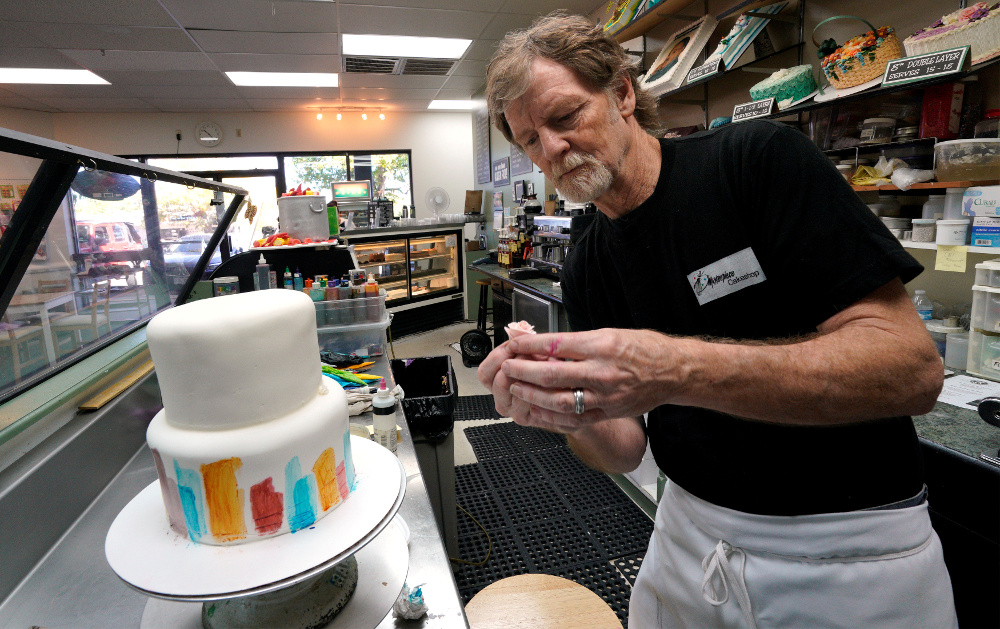 Earlier this week, the Supreme Court handed down a decision in favor of a Christian baker in Colorado who refused to make a wedding cake for a same-sex couple. The 7-2 ruling in Masterpiece Cakeshop v. Colorado Civil Rights Commission was narrowly tailored to this case. Still unresolved is the fundamental question of how to properly balance respect for religious conscience in the marketplace with basic dignity for LGBTQ people. This will be hashed out in future legal battles.

It's regrettable that religious liberty, a bedrock value of liberal democracy, has been weaponized by some on the right in recent years. Same-sex marriage is now the law of the land, and the majority of Americans — including most people of faith in nearly every denomination (including Catholics) — support marriage equality. After an ugly fight over contraception coverage in the Affordable Care Act and the 2015 Supreme Court ruling that legalized same-sex marriage, religious liberty became a catchall term used by those who see a secular wave sweeping away respect for the rights of religious believers and religious institutions in the public square.

There are sincere Christians, smart and principled people, who make an articulate case for grappling with the reality that people of faith and religious institutions do face a climate where they feel strong-armed by the courts to take actions that violate deeply held religious beliefs. They don't shout at or demonize people.

Some of these Christians have publicly challenged President Donald Trump and view his administration as setting back the pro-life and religious liberty cause. Here is Peter Wehner, an evangelical Christian who worked in the George W. Bush administration, writing in the New York Times in December: "I consider Mr. Trump's Republican Party to be a threat to conservatism, and I have concluded that the term evangelical — despite its rich history of proclaiming the 'good news' of Christ to a broken world — has been so distorted that it is now undermining the Christian witness."

In too many cases, however, the battle cry for religious liberty can feel like the last gasps from besieged American culture warriors who portray themselves as oppressed victims, a particularly audacious claim given the real threats to religious freedom in many parts of the world.

At the same time, those of us who are religious progressives also have to acknowledge and challenge a strain of liberal intolerance on the left. While this attitude can sometimes be a natural reaction to how religious institutions have excluded and at times demeaned human dignity, sweeping generalizations about religious convictions are wrong.

It was precisely this attitude that seems to have persuaded the Supreme Court to rule in favor of the Christian baker. Justice Anthony Kennedy, writing the majority opinion, cited comments from members of Colorado's Civil Rights Commission as evidence that the commission had failed to consider the case impartially.

One commissioner compared claims made by the baker to those who once justified slavery and the Holocaust in the name of religion. We can't know the heart of someone or judge the intentions behind these characterizations, but there should have been more careful thought and sensitivity on the commission's part about how they would be received. "The commission's hostility was inconsistent with the First Amendment's guarantee that our laws be applied in a manner that is neutral toward religion," Kennedy wrote.

How we characterize our ideological opposites matters. "There is no doubt that, in America today, religious liberty is being advanced as part of a cultural — indeed, a partisan political — agenda," Mark Silk wrote this week in Religion News Service. "Nevertheless, sincerely held religious beliefs cannot be denigrated and dismissed by government officials. Social liberals will do well to bear in mind that the basic constitutional right of free exercise does in fact extend to beliefs they may find unconscionable."

If some of my fellow progressives don't buy that argument on its merits, perhaps a more persuasive line is the pragmatic one. "A do-over without the religious liberty hostility and with a better explanation of its rationale could well result in a constitutionally sound victory for the same-sex couple denied their cake by Mr. Phillips," Kate Shaw, an associate professor at the Benjamin N. Cardozo School of Law, wrote in the New York Times.

Those of us who identify as progressive people of faith, and value both religious liberty and equality for LGBTQ people, have a particularly important role to play in reminding those on the left who are tempted to smugly dismiss sincere religious convictions that their disdain does not help the cause of equality. One does not have to agree with the religious convictions of someone else — and can indeed strongly oppose efforts to enshrine those beliefs above other rights — to still refrain from portraying that person and her views in ways that are cartoonish and offensive.

In his majority opinion, Kennedy wrote that future court hearings on this issue should unfold "in the context of recognizing that these disputes must be resolved with tolerance, without undue disrespect to sincere religious beliefs, and without subjecting gay persons to indignities when they seek goods and services in an open market." Amen.

"These disputes must be resolved with tolerance, without undue disrespect to sincere religious beliefs, and without subjecting gay persons to indignities when they seek goods and services in an open market."
— Justice Anthony Kennedy

I spent the past few days at a Georgetown University conference that brought together Catholics from across the political spectrum for dialogue sessions about overcoming polarization. John Carr, the director of the Initiative on Catholic Social Thought and Public Life at the university, reminded us that "and" is the most important word in Catholic social teaching. Instead of settling for the zero-sum game of false choices, our Catholic intellectual tradition is a bridge. We believe in rights and responsibilities, markets and a government that serves the common good, subsidiarity and solidarity. This synthesis recognizes complexity and rejects either/or thinking.

You don't have to be a Catholic or agree with the church's opposition to civil same-sex marriage to appreciate how this framework might help us through the culture wars. Surveys find that most Americans value religious freedom and dignity for our LGBTQ neighbors, friends and family members. Let's make that case with passion and without compromising core convictions. As we do this, let's also never fail to show respect, and treat with civility, those who argue with principle and equal passion against us.