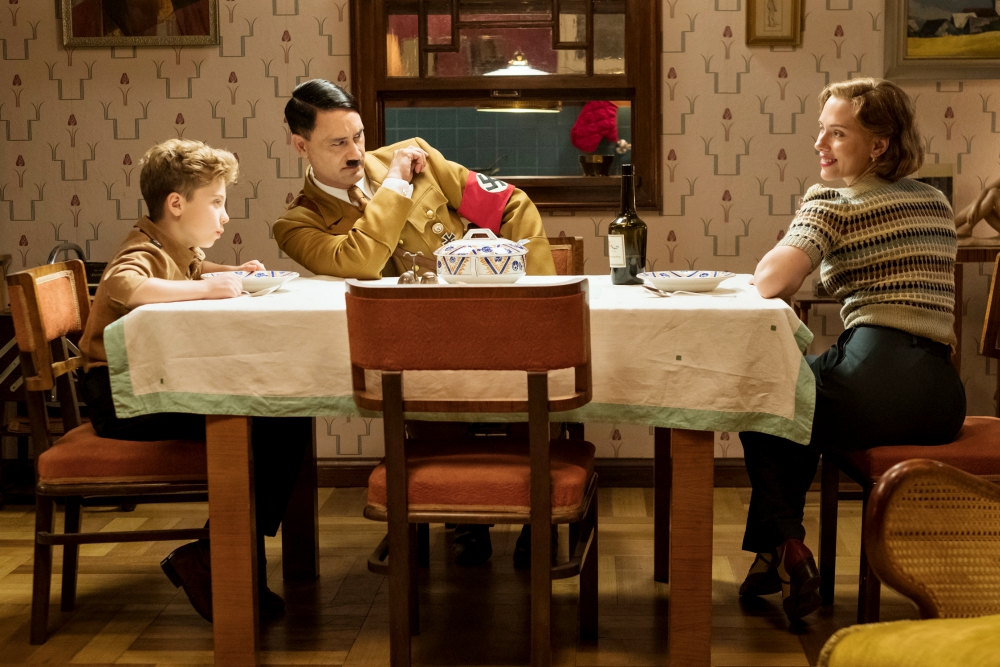 Do film awards matter? I think they do, especially if they are bestowed from one's peers. It is incredibly challenging and complex to get a film made and distributed. Film awards acknowledge the effort, skills, talent, anxiety, fatigue and overall efforts that go into the process. Watch the credits for any film and you will see how many people it took to make it.

The problem of award relevancy comes up — especially the Oscars, given by the Academy of Motion Picture Arts and Sciences since 1929 — when year after year, women and people of color are passed over in the Best Picture and Best Director categories in particular.

As one friend whose husband is an actor and a member of the academy told me, "Think if it: Directors, almost all men, vote in the directing category. The only woman to ever win, Kathryn Bigelow, won for a war movie, 'The Hurt Locker.' Men vote for movies that appeal to them. Can you think of these directors even watching 'Little Women' [directed by Greta Gerwig] or 'The Farewell' [directed by Lulu Wang]? So, if '1917' wins in the directing category, this is why."

My friend has a point. (At least "Little Women" was nominated for Best Picture, but don't hold your breath when there's a testosterone movie to be had.)

That the academy slighted Terrence Malick's "A Hidden Life" seems so wrong to me. It is deserving in several categories.

The most irritating film of the year for me is "1917." It's winning awards right and left, but I found it unbearable. Some may make the argument that a war film is supposed to make you feel the evil of war. I agree, but this is a videogame-like relentless assault on the audience. I hope this is not the future of socially relevant filmmaking.

In general, 2019 was a good enough year for film, though not as good as the last two or three years when some films, like "Three Billboards Outside Ebbing, Missouri" stood out for writing, acting, story, focus on humanity, and meaningful social — and sometimes theological — commentary.

I only saw about 80 films this year, about 25 down from my normal. I participated on an ecumenical jury at the Cannes Film Festival and on the interfaith jury at the Jerusalem Jewish Film Festival. I saw many films I might not have otherwise seen and am greatly enriched for these experiences. Of the 50 or so Oscar-nominated films in all the categories, I have seen 29.

Here are my top 13 favorite films of the year and my Oscar hopefuls. My test: Is the story good enough and told in such a compelling way that I would watch this film again?

"Jojo Rabbit" is my favorite film of the year. Making a comedy about Hitler doesn't seem like a good idea, but this film is about how a 10-year-old boy, Jojo (Roman Griffin Davis) takes in the world around him and tries to internalize what it means to be a Hitler Youth. His father is away; his mother (Scarlett Johansson) seems to be a Nazi but gives shelter to a teenaged Jewish girl named Elsa (Thomasin McKenzie), utterly confusing Jojo, who is being taught that Jews have caused all of Germany's troubles. Captain Klenzendorf (Sam Rockwell) trains the youth with reluctance and his great heart shows in the end. This is a film, based on the novel by Christine Leunens' book Caging Skies, about how hate is taught and how human kindness can overcome it. I loved the performances by Griffin Davis and by Archie Yates, playing Jojo's friend Yorki.

"The Two Popes" is right up there with my favorite films; as of today, I have seen it eight times.

"A Hidden Life," completely ignored by the Academy, received the SIGNIS Award at the Cannes Film Festival, and I love it.

"Harriet" is nominated in two categories, Actress in a Leading Role and Original Song "Stand Up."

"A Beautiful Day in the Neighborhood" deserved a Best Picture nomination, but at least Tom Hanks was nominated in the Actor in a Supporting Role category. I loved the film; it is perfect for a retreat. 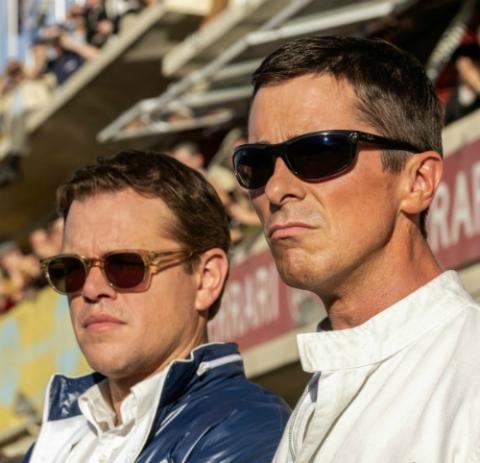 "Ford v Ferrari," a based-on-a-true-story film, has all the ingredients for a successful Hollywood movie. It is enjoyable from start to finish. I think the filmmakers must have watched William Wyler's 1959 film "Ben-Hur." The relationship between Carroll Shelby (Matt Damon) and Ken Miles (Christian Bale) reminded me of the relationship between Ben-Hur (Charlton Heston) and Messala (Stephen Boyd), plus those elements of racing. This guy film was fun to watch and had one very generous moment that transcended every race car driver's disappointment with management.

Director Gerwig's new incarnation of "Little Women," the famed coming-of-age 1868 novel by Louisa May Alcott, is warm and engaging. She takes a nonlinear route for the story but not to worry, it's all there. I heard complaints about Laurie (Timothée Chalamet) being too young and Florence Pugh as Amy being too old for her part. I didn't mind. I enjoyed all the characters and how Gerwig developed Alcott's feminist seeds found in the original novel. Meryl Streep as Aunt March is right on and Saoirse Ronan as Jo is perfect. If anything, the film tilts in Amy's direction — and this is something we can politely debate should we meet!

I reviewed "Parasite," the much-lauded South Korean film, after seeing it at the Cannes Film Festival. It is a very deserving film. 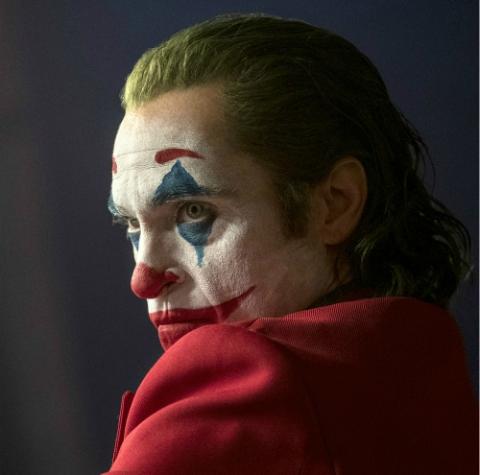 "The Cave" is an Oscar-worthy documentary about the ongoing war on the Syrian leader by its own president and Russia, and about the women doctors and nurses.

"Joker" is not a pleasant film, but Joaquin Phoenix deserves an Oscar for his role as the broken Arthur Fleck. I admire the film very much.

"Les Misérables" made it to the short list of films considered by the ecumenical jury at Cannes. It is based on true events of clashes between police and immigrants in Paris in recent years. The ending is compelling and I found it disturbing and moving.

I regret that another favorite film, "Just Mercy," the Bryan Stevenson story, was completely ignored along with Jamie Foxx's stirring performance as a man wrongfully convicted who spent five years on death row. 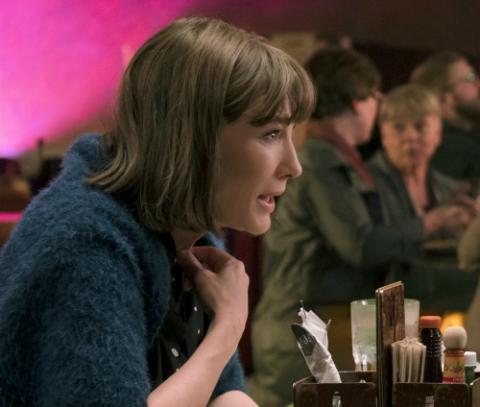 "Where'd You Go, Bernadette" is a film that few people saw outside their personal screen on an overseas flight or on Amazon (which is where my sister and I watched it). It has not been nominated, but it's a small, surprising film with a warm Catholic ethos about a fragile woman who finds healing in her family. My social media friends tell me that Maria Semple's 2012 novel, on which the film is based, is even better.

You can find my reviews of Oscar-nominated films "The Irishman" and "Marriage Story" here. I also reviewed "Once Upon a Time ... in Hollywood" and "Portrait of a Lady on Fire" here.

The theme song "I'm Standing With You" from the film "Breakthrough" is nominated in the Original Song category.