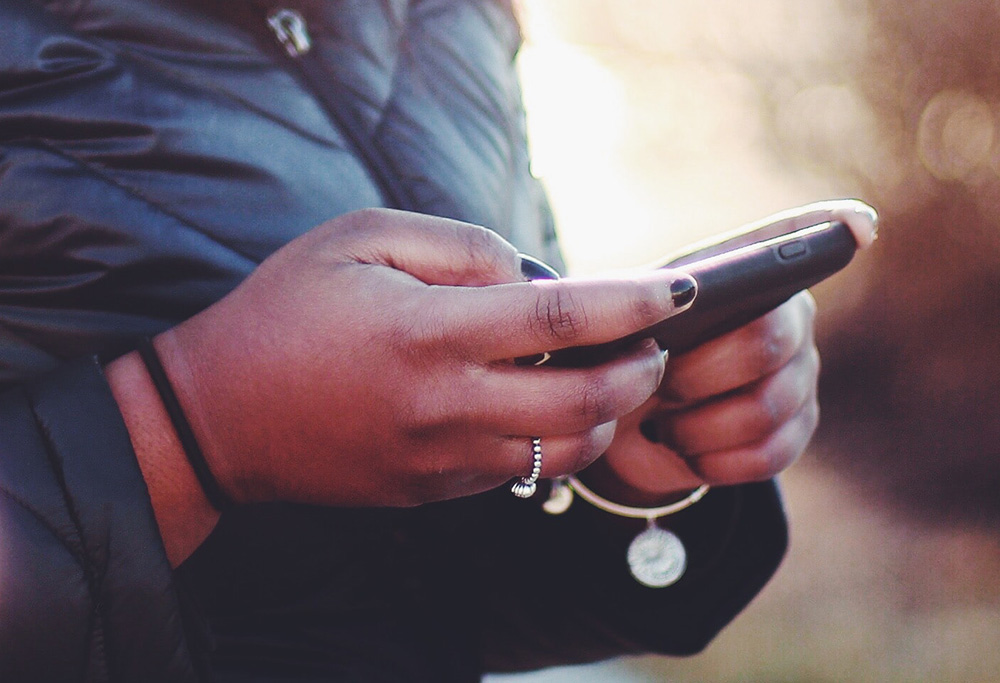 Ten years ago, when Pope Benedict XVI encouraged Christians in his World Communications Day address to engage social media "confidently" and with "creativity," he surely could not have imagined the sea of posts and tweets, likes and shares many of us now swim in daily. Facebook had only been around for five years at that point; Twitter for three. Instagram and TikTok did not yet exist.

A decade later — having witnessed the polarizing effects of the 2016 U.S. election, the rising tide of teen anxiety and depression, widespread misinformation campaigns, increasing evidence of addiction-like behavior — would he still be as positive?

I don't know. But I do know that social media is here to stay. It is no longer a question of whether we will engage it as Christians, but simply how. I would suggest "creativity" is still key, but that "confidently" should be replaced with "carefully."

I first began to explore social media around the same time Benedict wrote his 2011 address. I would like to say it was because I was inspired by the pope's words. Honestly, it was mostly to keep tabs on my teenage son. But I was also lured by the promise of reconnection with people from my past and far-flung relatives. A good friend at the time described Facebook as getting a mailbox full of Christmas cards every day. And, in so many ways, it has been exactly that: short, mostly positive updates that give me a sense of the headlines of peoples' lives. I know who I should be praying for and get timely reminders about birthdays I would otherwise forget.

But, of course, there is now a good deal more in my feed than personal headlines. There are ecclesial headlines, consumer headlines, national headlines, global headlines. I'm sure there would be local headlines as well, but I've traveled and moved so much that Facebook can't quite figure out where I live. It currently seems to believe Anchorage, which is fine by me.

I became increasingly interested in these other headlines: Was everyone reading the same ones? How were the algorithms that determine our newsfeed constructed? What sorts of unanticipated consequences were these algorithms having on our IRL relationships, our political discourse, our capacity to know and pursue truth?

I care about these questions — not because I have a particular fascination around coding, but because, as a theologian, I recognize Trinity and Truth as names for God. Anything that impacts the quality of our relationship with others or with reality itself also impacts our capacity to be in right relationship with God.

Given the potential dangers involved, do I think Christians should "jump ship" where social media is concerned? No. I don't think that would help matters. Facebook has more than 2.8 billion monthly users. Committed Christians constitute only a small percentage of that population; I suspect our mass exodus, even if we could coordinate such a feat, would hardly be noted.

The better course of action, I would argue, is to function as that teaspoon of yeast Jesus talks about in Matthew 13:33 — leavening social media platforms with the kinds of behavior we would like to see others exhibit as well.

Here are eight simple commitments every Christian on social media can make to do their part in leavening this new digital world:

Reflect on why you are on social media in the first place. If it is to nurture connections with others and better understand the world, great. Stay on. If it is for any other reason, step away.

In your pursuit of better understanding the world, make sure that what you are reading is accurate and grounded in fact. Do not share anything that you have not verified is a trusted news source, using a site like mediabiasfactcheck.com.

The world is a big place. In order to really understand it better, read from persons and sources that hold different perspectives than you do. Avoid "alternative facts" but remain always open to receiving additional facts and interpretations of those facts.

When replying to someone on social media, even though you may only see their head, remember they are a whole person and are worthy of being treated with human dignity, whether you agree with them or not.

If you are going to engage in conversation with someone about an area of disagreement, don't waste your time trying to persuade them to think otherwise online. Rather, use the opportunity to ask genuine questions to understand why they hold what they hold. You don't need to buy into their argument to find out more about their perspective.

6. Talk about intent and impact.

Acknowledge that it is possible to have good intentions on social media and still impact others negatively by what you post. Listen to others' feedback. Likewise, know that when you are offended by someone's post, it doesn't mean that they posted it with the intention to offend. Ask about their intention.

Don't let Facebook friendships trump real life relationships. Let the people who are right in front of you have access to you first.

Decide how much time you want to give to social media in your week and stick to it. Don't let endless scrolling keep you from sleep and exercise, important work or meaningful hobbies.

Social media does not inspire much confidence in anyone nowadays: How do I know this headline isn't just playing with my emotions? Is my data being mined for nefarious purposes? With appropriate care and intentionality, however, I do think we can still use social media to creatively serve our core human needs for building up relationships and educating ourselves about the wider world. We start, as Christians, by taking up our role as leaven in this new digital society.