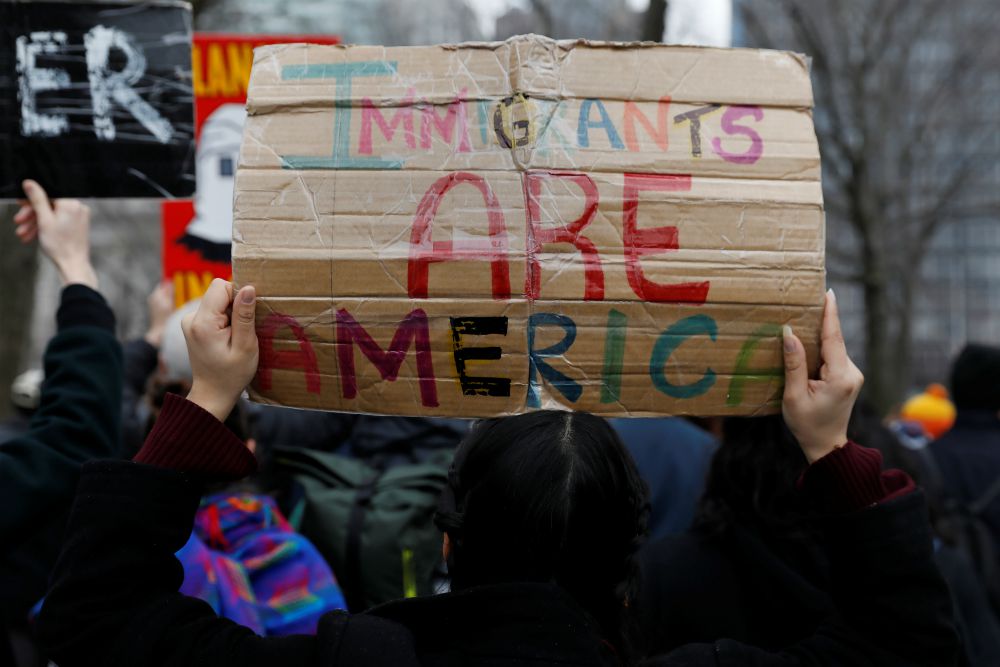 Activists and DACA recipients are seen in New York City Feb. 15. The group is walking 250 miles to Washington to demand Congress pass a "clean" bill with no conditions to save the Deferred Action for Childhood Arrivals program, such as the Development, Relief and Education for Alien Minors Act, or DREAM Act. (CNS/ Reuters/Shannon Stapleton)

Immigration hovers over the Trump administration like an ever-present cloud. President Donald Trump predicated much of his presidential campaign on fear, and its focus was often the immigration of people from poorer countries into the United States.

Last month, he allowed the government to be shut down over issues surrounding the Deferred Action for Childhood Arrivals (DACA) program and funding for his divisive border wall. Moreover, he described people from poorer countries who come to the United States to seek a better life for themselves and their families in terms that were vulgar and crass. His comments took place at a meeting to discuss immigration policy and ways in which individuals who are currently protected by DACA and temporary protected status could remain in the U.S.

As we prepare to enter into yet another public conversation about immigration, people of faith need to stand up in defense of our recently arrived brothers and sisters.

According to the Center for Migration Studies, 273,000 U.S. citizen children have been born to individuals from El Salvador, Haiti, and Honduras who have qualified for temporary protected status. In addition, it is estimated that almost 800,000 individuals have been shielded from deportation since President Barack Obama created the DACA program in 2012. The impact of an aggressive deportation policy will not only be devastating for the families affected, but it also has the potential to negatively affect the economy of the United States. 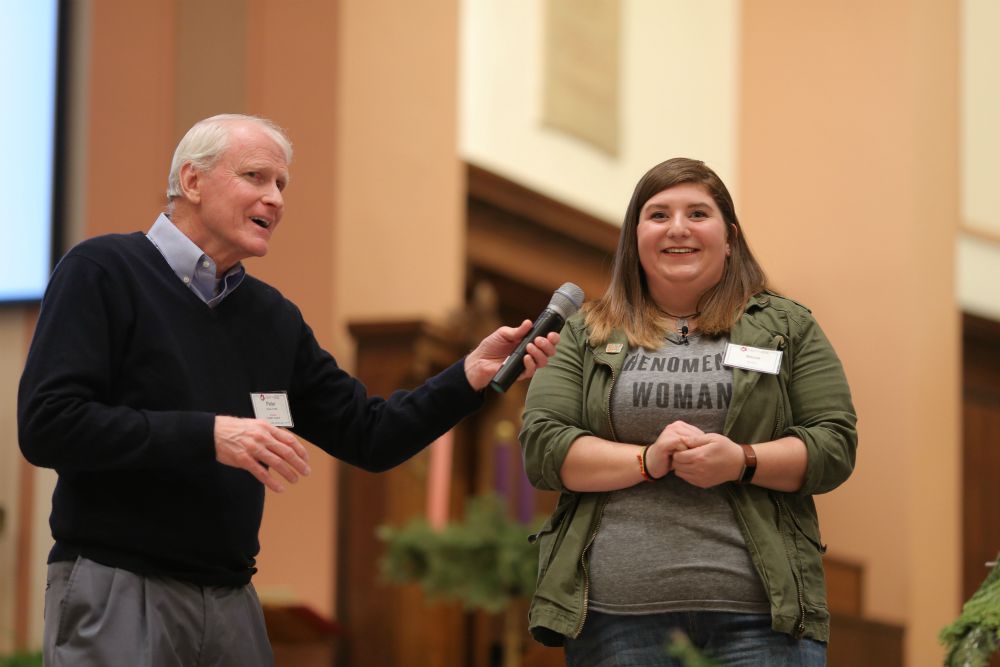 I provided medical services to the people of El Salvador during their civil war of the 1980s and early 1990s. The experience transformed my life. It helped me to realize that committed faith moves beyond the "temple" to incarnate God's love, compassion and justice in this world for all people, and especially those who have been left behind.

A Faith That Does Justice, the program I founded in the aftermath of this experience, is an ecumenical one that seeks to help people of good will live faith-filled values and raise consciousness about social issues that affect the most vulnerable among us. In truth, it is an attempt to return the gift I received from the Salvadoran people — a faith that walks in solidarity and humble service on behalf of the poor, oppressed and marginalized people of this world.

Ironically, these are the very people Trump seeks to deport from our country. His demeaning language needs to be named for what it is: racist, mean-spirited and a blatant denigration of the God-given human dignity of people who have experienced, generation after generation, unjust suffering due to unfair social, political and economic structures. Furthermore, his words lack any sense of Christian values, and they are diametrically opposed to the core values of Jews, Muslims and any other faith based in divine love. It is time to stand up and say to Trump, "Your values are not our values, and people are not commodities to be disposed of at your discretion."

Over the past year, A Faith That Does Justice has held workshops that encourage people to work for a more just world order. It has also held community meetings that have explored issues of social justice, including the migration of undocumented people to the United States, and strategies to end homelessness in our cities. We will soon host a meeting on racism and its negative impact on society. Finally, this spring, we will begin an English-as-a-second-language program to benefit adults who need better language skills in the workplace and to live with greater ease in society.

Promoting social justice is a core principal of A Faith That Does Justice. For this reason, we believe it is more important now than ever to resist Trump and his intolerance of people who do not look like or think as he does. In doing so, we offer witness to the many social justice traditions at work in this country, and our own Catholic social justice tradition, as we stand with the least among us, so they might experience their God given human dignity.

[Jesuit Fr. Peter Gyves is the founder of A Faith That Does Justice.]