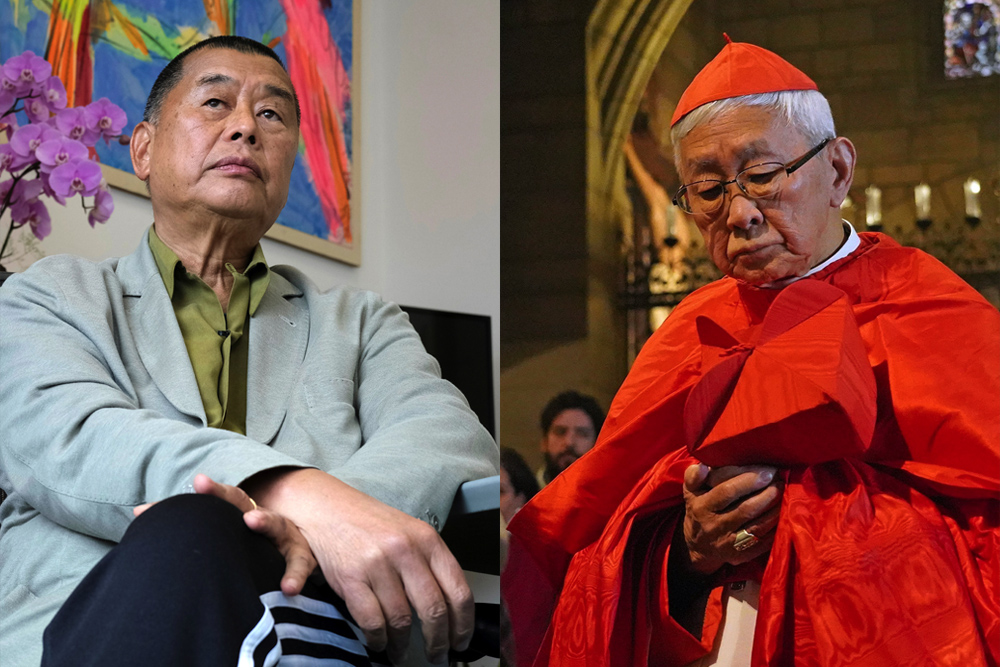 The targeting of two prominent Catholics in Hong Kong has raised questions about the future of religious freedom there — not just for Catholics, but for people of all faiths.

Lai's imprisonment and the specious charges lodged against the cardinal serve as powerful reminders that the freedoms once enjoyed by Hong Kongers are now in short supply.

Lai is well-known for his activism, his commitment to press freedom and truth in journalism, and his deep Christian faith. (He is a Catholic convert.)

Since December 2020, Lai has been subject to a litany of sham court cases that continue to extend his time behind bars. He was first jailed for his involvement in the 2019 pro-democracy protests and was later charged for participating in the annual gathering of Hong Kongers to remember the victims of the Tiananmen massacre at a prayer vigil.

His latest conviction on fraud charges stems from a long-standing manufactured issue related to a rental agreement for Apple Daily.

People around the world recognize Lai's targeting for what it is — a craven attempt by Hong Kong's puppet masters in Beijing to silence him and sideline others who stand for democratic values.

Unfortunately, Lai's latest trial won't be his last. In December, he will be tried under the National Security Law — a draconian law instituted by the Chinese Communist Party after the 2019 protests, intended to quell dissent by stripping citizens of many civil and political liberties. Lai is facing charges for foreign collusion and publishing so-called seditious materials. If convicted, his sentence could be life in prison. Many fear he may be extradited to mainland China.

Zen is currently on trial for his involvement in the 612 Humanitarian Fund, a group that funded legal fees for democracy advocates. If found guilty, he and others involved will have to pay a fine. He is also under investigation for so-called "collusion with foreign forces" under the National Security Law. If charged, Zen could also face life in prison.

While in solitary confinement, Lai has continued to deepen his faith, even creating beautiful religious art. He follows in the footsteps of many men and women revered in the Christian tradition. Lai could have easily escaped Hong Kong — he is, after all, a wealthy man with a British passport — but instead, he chose to stay in his home city of Hong Kong and stand for freedom.

From his prison cell, he serves as a symbol of truth for the faithful and for all who share his commitment to preserving freedom around the globe. Soon, Zen may suffer the same fate. 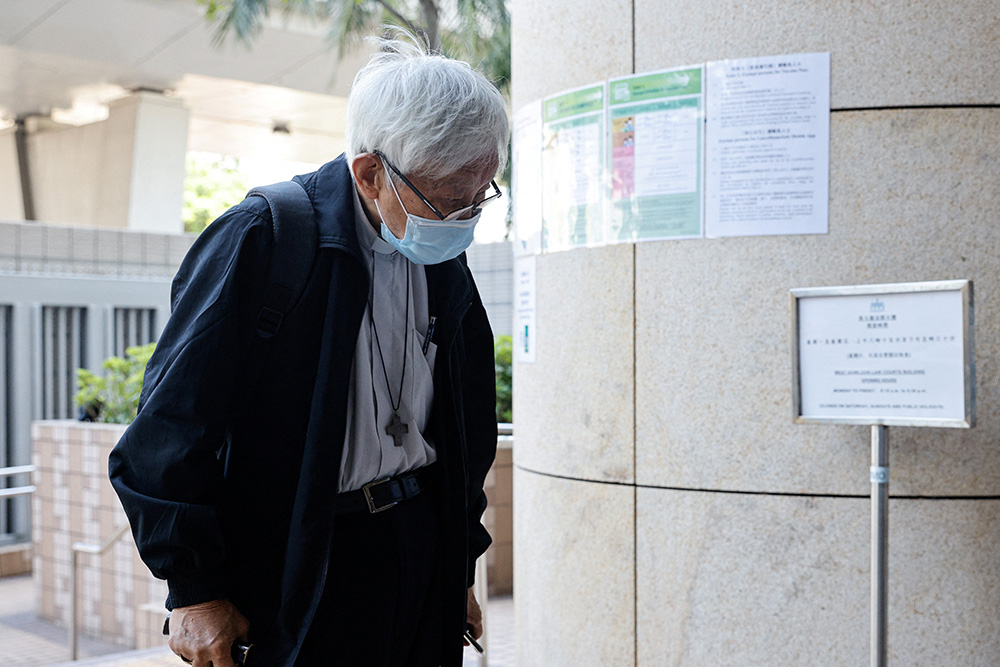 Deteriorations in liberty in Hong Kong serve as a visible reminder of how swiftly democratic freedoms can be lost. The targeting of peaceful citizens like Lai and Zen reminds us that the religious freedom enjoyed by millions of Hong Kongers is in peril.

The U.S. government must seriously consider next steps to hold the Chinese Communist Party and those complicit with its agenda in Hong Kong accountable. There should not be a single meeting between the U.S. and its Chinese counterparts where U.S. officials do not call for Lai's release. His adoption as a religious prisoner of conscience by the U.S. Commission on International Religious Freedom was a positive move that demonstrated America's commitment to seeing him set free.

Should Zen face National Security Law charges, similar measures may be necessary to aid his cause.

The United Kingdom should also step up its efforts on behalf of Lai, who is a British citizen.

Both the U.S. and the U.K. must redouble their efforts to condemn those in the Chinese Communist Party and in the Hong Kong government responsible for undermining liberty in Hong Kong by sanctioning prosecutors, judges and those in the upper echelons of the city-state's administration.