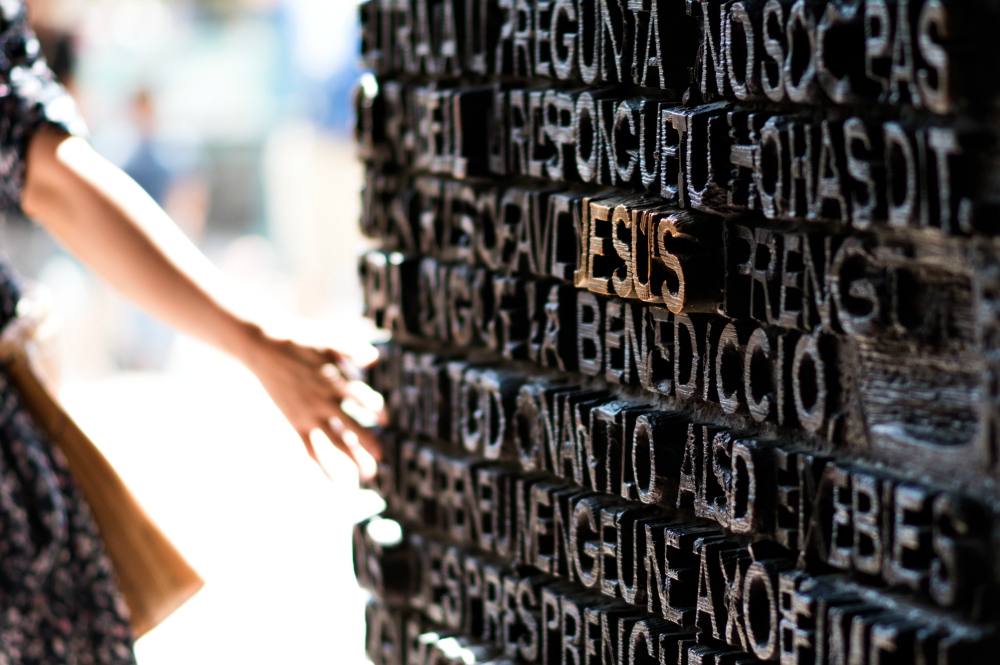 Leaving the church doesn't sound like a choice a Catholic journalist would consider. Yet I have considered it twice in my life: as a teenager and following the 2018 Pennsylvania grand jury report.

Growing up in metropolitan areas of the Southwest, I attended Catholic schools from kindergarten through eighth grade. Returning to the Catholic faith, my mother wanted to provide me with a Catholic education due to its religious foundation and quality. What I experienced led me, at age 13, to consider becoming a deist, ready to abandon all organized religion.

So much emphasis was placed on presumed sexual morality and ideal families at these parishes that anyone who didn't fit a rigid traditional mold was ostracized. Unwed, separated and divorced parents and their children were shunned. Families like mine — my parents were divorced — formed an outgroup that was systematically excluded.

I experienced bullying. Other kids tormented me by poking fun of my appearance and personality and making nasty remarks about why my dad was not around.

I was not the only one. It happened to other children. One individual with unwed parents was heckled. Kids called this person "illegitimate" and said the person was "going to hell" because of being "born in sin." Two boys with single mothers were bullied terribly and ostracized at one school. Students taunted another boy with a single dad by repeatedly asking where his mother was.

The bullies, most of whom came from devout Catholic families, experienced minimal consequences.

Mistreatment extended to outsider parents. At one school, some parents criticized my mother for being divorced. Once, she volunteered to be a classroom assistant, but other volunteers (all stay-at-home moms) turned her away. Other outcast parents discussed similar experiences. I witnessed such ostracism at every school and parish I attended.

I saw other parents just disappear. The exclusion tactics worked — people got the message that they were unwelcome and removed themselves.

My faith reached a breaking point at a certain nice-looking parish. The pastor bragged about vacations and casino trips and thanked fans for free dinners. He rubbed shoulders with people corresponding to ideal Catholic stereotypes. The in-group was generally smug, prosperous families with rich dads, stay-at-home moms and multiple kids.

At Mass, I heard about a compassionate God who saved an adulteress from being stoned and who willingly died with thieves. I learned about mercy in catechism.

I was a gifted student and benefited from my education. However, I became disillusioned. At age 13, I refused to attend church services. I disliked churches. I wanted to abandon organized religion. I searched for divinity where I freely experienced it. I considered worshiping God in nature.

What changed my mind was reflecting on Jesus and the Eucharist. I truly believed in an all-loving God who wanted to unite himself to humanity. I believed in the Jesus who defied his own people's traditions, who spoke up on behalf of widows, orphans, convicts, prostitutes, disabled people and outcasts to change the world. I believed Christ existed and that he was present in the Eucharist. That the Eucharist wasn't some symbolic chip of bread and Mass wasn't a country club party. I believed that Jesus is Love personified.

All institutions are corrupted by human nature — but there was nothing wrong with Catholic core teachings. I decided it was possible to be Catholic and not belong to a parish clique.

My solution was to be an independent Catholic. I attend Mass but I choose not to belong to a parish. I experience God in the world and in church without getting bogged down by petty parish hierarchies.

The second major conflict with my Catholic faith followed the Pennsylvania grand jury report in 2018. The sheer scale of abuses committed by clergy — and diocesan cover-ups — left me floored.

I was under no illusion that clergy were gurus or saints. However, I was shocked by how many clergy were malicious serial predators who abused people who trusted them. Survivors were maltreated by other Catholics. This brought me to question my Catholic beliefs again. If this is what the church is really like, why am I still here? 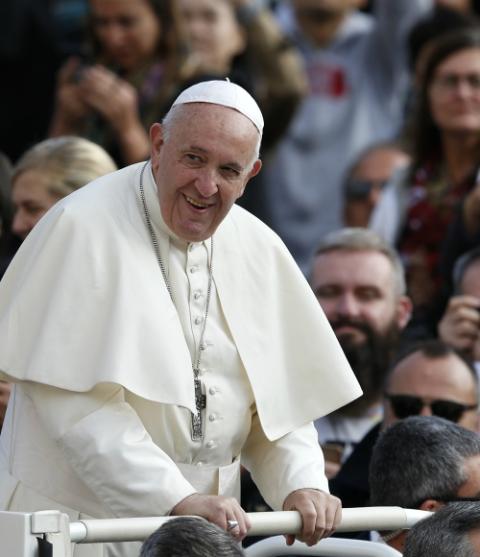 Pope Francis greets the crowd during his general audience in St. Peter's Square at the Vatican Nov. 6. (CNS/Paul Haring)

The reason I remain is twofold: the witness of Pope Francis, and Jesus' words in the Gospel.

I find clarity in Francis' leadership. He personally works to improve the lives of the poor and the marginalized. He is a living witness of what it means to be truly Catholic — that Catholicism is for everyone and the church has a duty to serve humanity as a force of pure healing.

He said the church suffers from unhealthy rigidity and needs "a profound conversion." I admire his dedication to changing the culture of hypocrisy.

The other reason I remain Catholic is because of Jesus' witness in the Gospel. In my crisis of faith, I returned to sacred Scripture to reconnect with Christ through his words and deeds.

Jesus was an active combater of hypocrisy. His sermons and his works focus on bringing people together, not excluding or castigating them. Jesus turns no one away. He does not sneer at, prejudge or attempt to morally diagnose suffering. He is a force of compassion, working actively to help all people in whatever condition they are in. He criticizes religious hypocrites, exemplified by the Pharisees.

Catholicism is not a parish or a building, nor a club for intolerant clergy and homogenous Catholics who worship outer appearances — even to the point of hiding abuse, prejudging others and hating people who differ. Catholicism is a way of life focused on love. The church is, as Francis said, "a field hospital after battle."

God is love. People on the margins of the Catholic Church are just as Catholic as those claiming to be devout and traditional. Homosexuals, single and divorced parents, convicts, people struggling with their faith, and all who find themselves rejected are closer to God than those who discriminate against them. For as St. John of the Cross expressed, "In the evening of life, we will be judged on love alone."