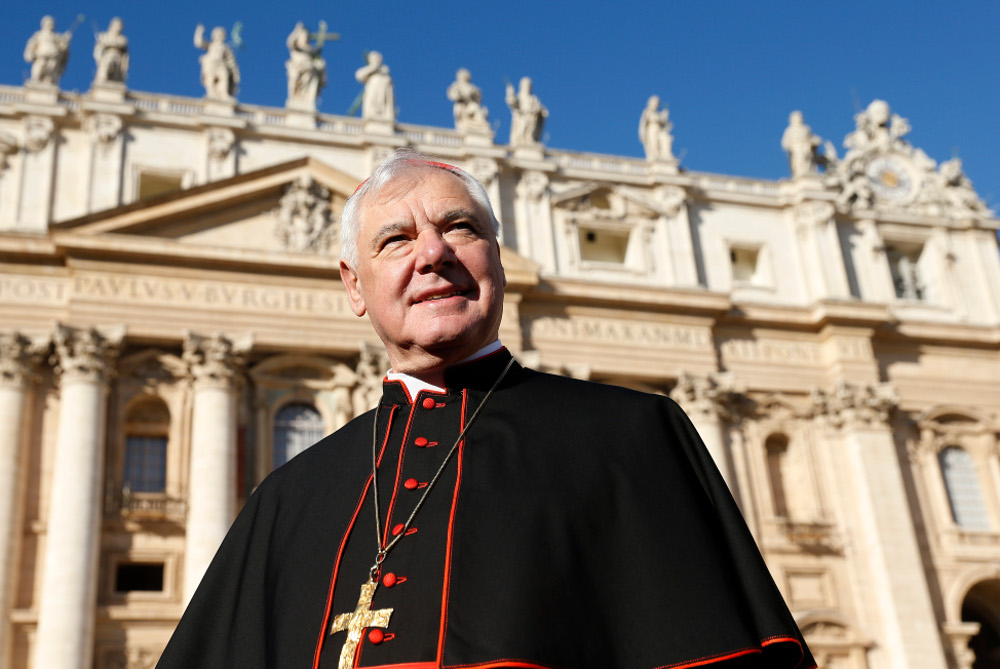 The German cardinal has been more than annoyed ever since Pope Francis did not renew his five-year term as head of the Congregation for the Doctrine of the Faith one and one-half years ago.*

Was anyone, perhaps aside from Müller, surprised? At one point, Müller opined that because the pope was not a theologian, it was up to him as CDF prefect to explain doctrine properly. One can understand that Francis might raise an eyebrow at the comment. In any event, after July 1, 2017,* Müller would no longer take the short walk from the Palace of the Holy Office to Casa Santa Marta for biweekly standing meetings with the pope.

Perhaps Francis' most telling telegraph of his dissatisfaction with Müller came in September 2015, when he spoke with assembled cardinals and bishops at St. Charles Borromeo Seminary in Philadelphia. Francis presented the duties of bishops: they were to live lives of prayer and preaching. But, he explained, in the early church there was charity that needed attending to, so the apostles "came up with deacons." That is, the diaconate is a creation of the church. The official transcript then reads: "Unless I am wrong, Cardinal Müller helps us because he defines what is the role of the bishop."

So now, it seems the cardinal is defining the role of the bishop of Rome. Müller complained recently to a German-language magazine that it was inappropriate for the church to be "managed by the rules of the Jesuit order." Which rules? St. Ignatius did write "Rules for Thinking with the Church." Then there is the special vow of obedience to the pope. Which among these does Müller object to?

Müller still resides in his palatial apartment in the Borgo Pio, it seems doing whatever he can to argue his personal interpretation of doctrine. He is especially troubled by questions about remarried Catholics and women deacons.

With his carefully worded "Manifesto," Müller denies the notion that pastors can work with divorced and civilly remarried couples, perhaps inviting them to Communion before the annulment paperwork comes through or when it is impossible to track down a party to the first marriage.

Then, with theological slight-of-hand, Müller combines the diaconate and the priesthood. He pronounces that women cannot be ordained, although he — and any good theologian — knows that the diaconate is clearly open to women. He collapses "the three stages of ministry," letting the reader intuit that women cannot represent Christ. His argument reduces incorrectly in two directions and can be answered thusly: 1) the diaconate is not the priesthood; 2) women and men are made in the image and likeness of God.

Simply: deacons act in persona christi servi (in the person of Christ the servant) and we are all made in the image and likeness of God.

Müller perhaps overlooks these points in the very Catechism of the Catholic Church he wields against Francis: 1) only the priesthood and episcopate participate in the priesthood of Christ (1554); and 2) the divine image is present in every person (1702).

There have always been collisions between the law and the prophets. The law reflects doctrine, but it is not meant to be twisted. It supports teaching but must be properly, gracefully taught. As the preface to the old Roman Catechism — the catechism of the Council of Trent — states:

The whole concern of doctrine and its teaching must be directed to the love that never ends. Whether something is proposed for belief, for hope or for action, the love of our Lord must always be made accessible, so that anyone can see that all the works of perfect Christian virtue spring from love and have no other objective than to arrive at love.

The Cardinal Müller FaceBook Fan Club has 647 members. The LifeSiteNews petition supporting his "Manifesto" has some 16,915 signatures.

There are 1.2 billion Catholics in the world.

* This article has been updated to correct a date.

[Phyllis Zagano is senior research associate-in-residence at Hofstra University in Hempstead, New York. She will speak March 22-23 at the Los Angeles Religious Education Congress. Her books include Women Deacons: Past, Present, Future (recently published in France and Canada as Des femmes diacres). A study guide is available for free download at https://people.hofstra.edu/Phyllis_Zagano/.]