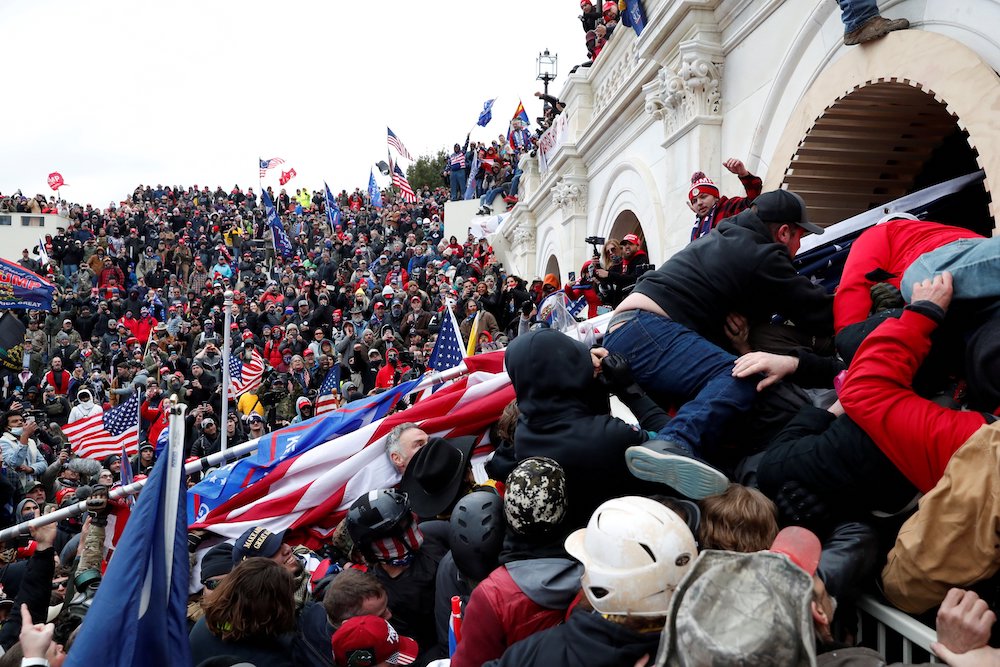 Supporters of President Donald Trump storm into the U.S. Capitol in Washington Jan. 6, 2021, during a rally to contest the certification of the 2020 presidential election. (CNS/Reuters/Shannon Stapleton)

I am neither a political scientist nor a politician, but I do believe the sooner President Donald Trump is out of the White House the better. But, whether he is in or out of office, legions of Catholics will remain in wide-eyed support of him, his policies and his actions. They think they are saving the world from Satan.

In fact, there was a sign rousted about the Capitol building the other day that read "Pelosi is Satan." Nancy Pelosi is the Speaker of the House of Representatives, a Catholic and a Democrat.

Where does the anger come from? No doubt, there are Catholics on both sides of the ever-widening "aisle" metaphorically separating political beliefs. But there are so-called Catholic blogs, internet sites, even broadcast networks still spreading falsehoods about the results of the recent presidential election. They did their best to foment the Capitol riot on Jan. 6.

Individual bloggers, clerics among them, assisted in fomenting the Capitol mob, supporting the "election fraud" ruse. Writing in the British journal, The Tablet, Christopher Lamb exposed one of the most damaging examples of Catholic clerical intervention in U.S. political discussion.

According to Lamb, since November, an American priest named John T. Zuhlsdorf has been abusing the rite of exorcism in an obvious effort to incite his followers, many of whom may have been in Washington, D.C., on Jan. 6.

Zuhlsdorf, known as "Father Z," claimed that Bishop Donald Hying of Madison, Wisconsin, authorized his performing exorcisms for political purposes, which the bishop has since denied. Zuhlsdorf posts his daily solo Tridentine Mass from his Madison residence, now railing against "BigTech," what he calls the "Wuhan Devil" and the Democratic Party.

But his call to sedition still rings on the internet: "I think it's amply clear, there's enough evidence to demonstrate that there was fraud in some places, and people had to commit that fraud, it didn't happen by itself. It seems to have been well-organized."

Zuhlsdorf, 61, has an interesting background. A Lutheran convert, he twice left an American seminary and eventually was ordained in Rome in 1991 for the Italian Diocese of Velletri-Segni. He has never had a permanent pastoral assignment there or anywhere else, and for some years he lived on a farm in the LaCrosse diocese, until the late Bishop Robert Morlino brought him to Madison as president of a new Tridentine Mass Society.

Since then, "Father Z's Blog," as it is called, has grown increasingly hostile to the non-Tridentine Church and, in particular, to Pope Francis. Four years ago, Zuhlsdorf advised his readers it was not sinful to pray for the death of the pope.

If truth be told, I have been in Zuhlsdorf's crosshairs more than once, along with Franciscan Fr. Daniel Horan, who teaches at Chicago's Catholic Theological Union; Villanova Professor Massimo Faggioli; Jesuit Fr. James Martin; NCR columnist Michael Sean Winters and economist Anthony Annett. On his blog, Zuhlsdorf has defamed each of us in one way or another. The use of the term "crosshairs" is precise; Zuhlsdorf brags about his open carry permit and affects a semi-military aura about himself. Several years ago, he advised his followers to disrupt an online seminar I ran on women deacons, suggesting his readers "help." 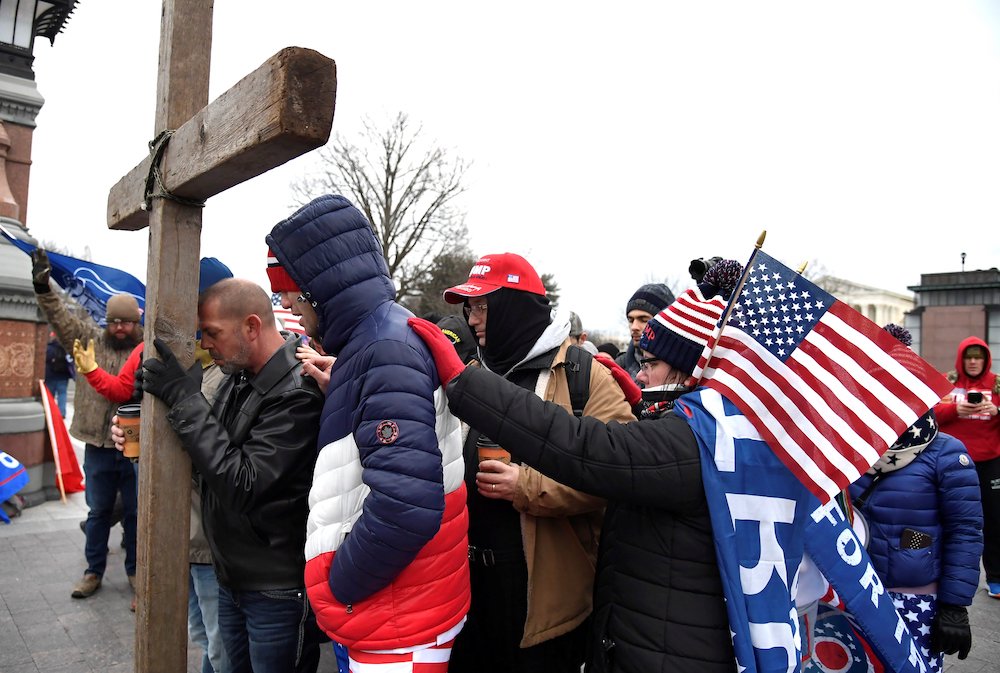 Supporters of President Donald Trump pray outside the U.S. Capitol in Washington Jan. 6, 2021, on the day U.S. Congress met in joint session to certify the Electoral College vote for President-elect Joe Biden before armed rioters stormed in. (CNS/Reuters/Mike Theiler)

Zuhlsdorf is the presenting problem, but the fact that he does what he does with the authority of the church is even more troubling. The Madison Diocese's spokesman refuses to state whether the bishop has restricted him in any way. So Zuhlsdorf, like many others, may continue his political rants with the support of his Tridentine friends in Wisconsin, online and elsewhere. He celebrates Mass at St. Mary's Church in Pine Bluff, Wisconsin, and has often been at Holy Family Church in New York City.

Then there is Church Militant, in the Detroit Archdiocese; and CatholicVote.org, in the Madison Diocese; LifeSiteNews, in the Toronto Archdiocese; and EWTN, in the Diocese of Birmingham, Alabama. Each contributed to the "election fraud" myth. There are others, many who spew their anger with the permission of their bishops.

Pope Francis said he was "astonished" at the Capitol riots, surely dismayed at their invocations of Christianity. I was not. I was not astonished to see so many individuals who professed Christianity storm the Capitol building steps, assault officers and endanger the lives of members of Congress and the vice president of the United States.

Neither should anyone else be astonished who has seen the ways individuals and corporations twist Catholicism to suit their political fantasies. These insurrectionists are too often supported by their bishops. And nobody wants to stop them.