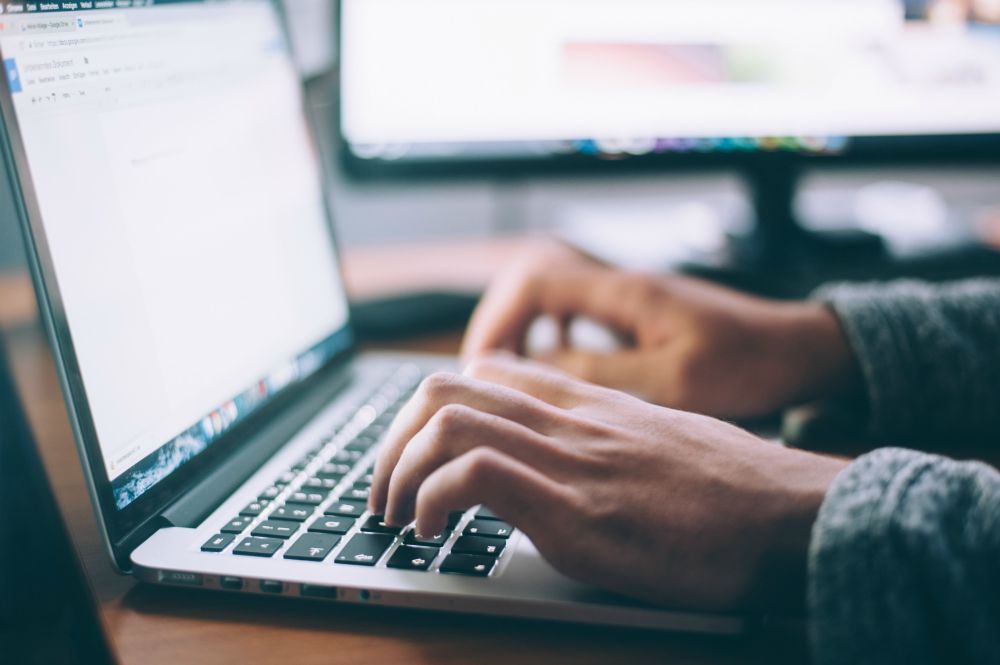 I am all for folks voicing their opinions, but when did free speech turn into a free-for-all?

I am not speaking about the so-called "fake news" phenomenon reflecting the political bent of an individual news outlet.

I am speaking about the nasty tenor of public discourse, especially the unedited blogs — especially the "Catholic" blogs — that spew all sorts of nonsense around the globe.

Let me explain. As CNN television commentator Chris Cuomo said not long ago: "The situation out there is so ugly. … People are out to get you whether whatever is being said is true or not."

I'm sure the same sentiment appears somewhere in the Bible.

The fact is, bloggers increasingly disrespect their targets, from Pope Francis to the town councilman to the girl next door. Everyone is fair game for self-appointed experts.

Further, understandings of libel and slander float in an amnesiac fog. No one remembers what they are anymore.

For the record, slander is a spoken lie; libel is a published lie.

Short of libel, there are too many negative commentators who dislike anything Pope Francis does.

Witness the wedding on the airplane in Peru. A civilly married couple, both airline stewards, asked for the pope's blessing. He asked if they were married. Yes, they answered. But on their wedding day in 2010, the church building collapsed and they ended up with a civil marriage. After asking a few questions and rounding up the requisite witnesses, the pope performed a marriage ceremony — technically a convalidation — right then and there. A cardinal hand-wrote a wedding certificate and all signed it. Everybody on the plane was very happy.

Of course, once word got out, the blogosphere exploded and the usual suspects began waiving their Code of Canon Law books, pointing to one or another jot or tittle.

The point well made by the Holy Father at 36,000 feet is that Catholics — especially Catholics in civil marriages — should be married in Catholic ceremonies. The negative bloggers, bent on finding something wrong in everything the pope does or says, objected strongly. These included self-appointed marriage experts, few (if any) of whom hold diocesan judicial appointments.

These naysaying electronic equivalents of the town gossip spread distrust and hatred over a perfectly simple fact: A priest met a couple who wanted their marriage (eight years, two children) blessed.

Why are these so-called "Catholic" bloggers so negative? More, why is anyone listening to them?

Is it because their nasty opinions are in print? Once was, words were hard to get published. In fact, it still is hard to be published by reputable outlets. Therein lies the rub. Reputable outlets are being pushed off both stage and screen by self-publishing (and often self-aggrandizing) individuals with more time than training.

Today, upwards of 30 million bloggers spew unedited musings without benefit of fact checkers or editors or publishers who actually attended journalism school. They create fact from their own opinion and gain followers through their negativity.

Nearly two years ago, Basilian Fr. Thomas Rosica, CEO of the Canadian Salt & Light Catholic Media Foundation, said "Catholic" bloggers had turned their corner of the internet into a "cesspool of hatred." There were about 2,500 "Catholic" blogs then — blogs by clergy and religious — no one knows for sure how many are out there now. Granted they are not all nasty or founded in fantasy. But some of them are. And they repeatedly attack the Holy Father.

One interesting fact that does not seem to be on the radars of the U.S. Conference of Catholic Bishops and other episcopal conferences: Clerics need permission to publish or speak in their own dioceses or in others. Bloggers cross diocesan territories. In theory at least, the cleric speaks for the bishop, and with the permission of the bishop in whose territory he speaks or publishes. With blogs, the territories are unlimited. So, one might argue that when a blogging cleric disrespects the Holy Father, he is doing so on behalf of his own bishop and with the permission of the rest of the bishops.

Something to think about.

[Phyllis Zagano is senior research associate-in-residence at Hofstra University in Hempstead, N.Y. Her books include Sacred Silence: Daily Meditations for Lent and In the Image of Christ: Essays on Being Catholic and Female.]