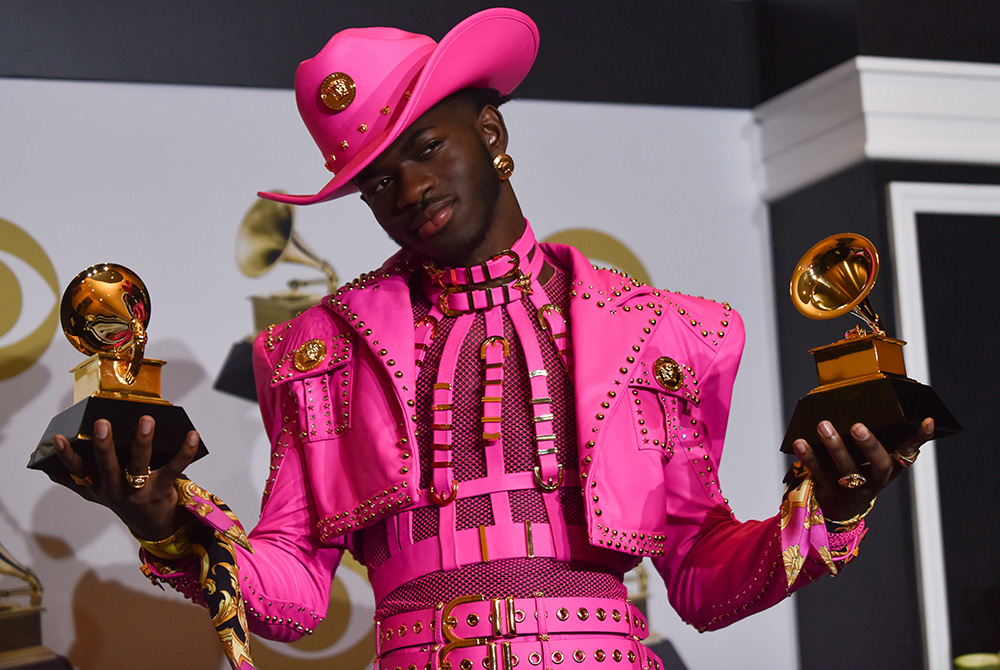 When I see Lil Nas X dancing into the depths of hell on a stripper pole, I see Jesus.

Lil Nas X's latest music video is set in "Montero" — the sacred place where queer people do not have to hide their sexuality. In Montero, to hide is to sin. Montero, in Lil Nas X's story of Black queer redemption, is paradise, the world as it ought to be. It is the paradise from which we sprang, and to which all humanity strives to be restored back to.

This paradise, however, is quickly disrupted by the Serpent. This figure represents sin in Montero — hiding one's queer self. The Serpent lies to Lil Nas X, telling him he must "live in the dark," because his queer desires are sinful. The Serpent represents those people who are heterosexual in public because they are forced to hide their queer desires for fear of rejection — as a result of living in a heteronormative society that condemns queer people to hell. Even though Lil Nas X tries to flee from this temptation, the Serpent ultimately seduces him.

I, too, was seduced by the lies of the Serpent. And so was Twitter.

The internet was flooded with memes of Lil Nas X showing up to dinner with Satan. Although these memes are funny, they normalize the Christian notion that queer people are condemned to Hell. And even though I would kiki with my other queer Christian friends about how we are all going to hell for being queer, I secretly was struggling with what that meant. And what it means to be a Black queer person in a homophobic, anti-Black society. It means that Black queer people are condemned to hell on Earth. And for the longest time, I accepted our fate as such.

That was until I heard the Gospel preached to me by an openly gay, Black pastor.

In his Gospel, my queer desires and my Black body were not condemned to Hell. He was able to relate my story of stigmatization to the story of Jesus' earthly betrayal. St. Mark records how Jesus warned his disciples of his coming death and resurrection, "The stone the builders rejected has become the cornerstone." It is through the bodies of the most vulnerable in our society — people like Marsha P. Johnson — that we are redeemed. It is through our bodies, the bodies rejected by a culture of heternormativity and patriarchal power, through Black trans and queer bodies that we have the hope of salvation, and the seeds of a new movement for freedom.

Black queer people hold the keys to the kingdom of collective liberation.

I now see the story of Jesus and the Bible as a story of Black queer redemption. And I see the same in Lil Nas X's "Montero (Call Me By Your Name)" video (video link here; contains explicit content). The same Jesus who descended into hell in order to conquer sin and death once and for all. Lil Nas X descends into hell out of his divine duty — not condemnation — to redeem all those closeted and under the power of homophobic policy and theology. When I see Lil Nas X strutting in high femme leather boots, with his red box braids, edges laid, I see the savior that Black queer youth need. When Lil Nas X snaps the devil's neck and crowns himself with his horns, I see Jesus stepping on the head of the Serpent, putting an end to all the violence of homophobia once and for all.

Homophobic theology, even as it pervades our secular culture via memes, causes physical and mental harm to the sacred bodies of Black queer people.

Watching Lil Nas X, an openly queer and unapologetically Black artist, gives me hope. His music video is a reminder of the promise of the Gospel. It promises victory for those who are still oppressed by a world stricken with the evil of homophobia. So when Lil Nas X sings, "Call me by your name, I'll be on the way," I see those words stained in red ink — as the very words of Jesus himself. That Jesus is, indeed, on his way to conquer the plague of homophobia in our culture and society. Promising victory for those still stricken with the plague of homophobia and championing those in positions of power to continue fighting the good fight of faith — towards collective liberation.

To live out the Lord's Prayer — to bring Montero to Earth as it is in heaven.