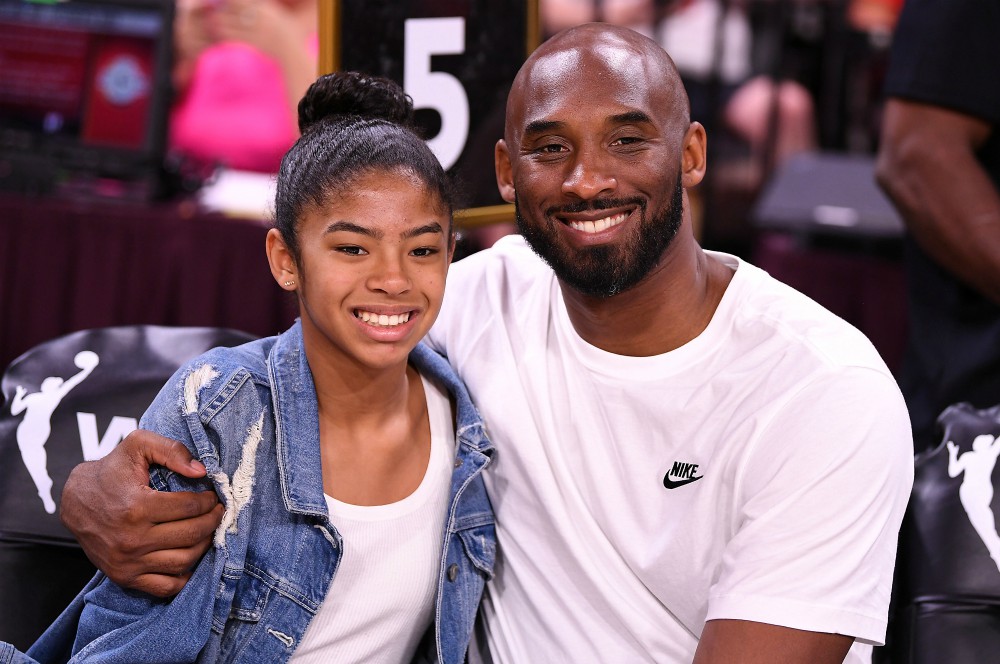 Retired NBA legend Kobe Bryant and his daughter Gianna, 13, were among nine people killed Jan. 26 in a helicopter crash in Calabasas, California. The two Catholics are pictured during a game in Las Vegas July 27, 2019. (CNS/USA TODAY Sports via Reuters/Stephen R. Sylvanie)

I wish I had been home that day in 2004 when the 6-foot-6-inch Los Angeles Lakers basketball star Kobe Bryant visited our Pauline Books and Media Center in Culver City, California. He was looking for a special rosary for his wife, Vanessa. As the sister who was there tells the story, the other shoppers stopped and looked in awe as he moved quietly around the shop.

This was just after his rape accusation case in Colorado was dismissed when the victim refused to testify. He and his accuser would later settle a civil case out of court that included a public apology. This, of course, had an impact on his marriage.

Kobe and his wife are Catholic and were married at St. Edward the Confessor Catholic Church in Dana Point, California, in 2001. They have four daughters, one of whom perished Sunday with her father and seven others. Though they went through some challenging times, Kobe and his wife remained married.

As he turned to leave, a small grandmotherly-looking lady walked up to him and tilted her head up, way up. "Mr. Bryant?"

"Yes, ma'am?" he replied as he looked down to meet her gaze.

He paused a moment and said, "Thank you, ma'am."

Today, we are praying for the repose of the souls of Kobe, his daughter Gianna, and the seven other people who died in the helicopter crash near Calabasas, California, Jan. 26. I heard the news on NPR on the way home from Mass. I couldn't believe what I was hearing. He's just 41; he just retired. He and his wife have a new daughter. What?

I am not a basketball fan per se, but I follow sports marginally because they are important to family, friends and, well, just about everyone. Sometimes I absorb trivia and can actually hold a polite conversation sounding reasonably informed. The thing is, sports teams and players enter our very homes via the news and other media. Players and teams are familiar to us, part of our world. The good they do as well as the bad choices some players and teams make, all of it. The Staples Center, Dodger Stadium, the Coliseum are like cathedrals. Attending and watching the games have a human, ritual quality.

And then, in an instant, people we have come to know and admire are gone.

Life is fragile and death can come so unexpectedly. The tragic event is a good reminder to the rest of us to be prepared.

A woman on Instagram told a story of how Kobe stepped aside to allow her to enter the Communion line before him at Holy Family Cathedral in Orange, California, during a weekday Mass.

I am sure that she, like many of us, is praying that Kobe, Gianna and all those who died Jan. 26 rest in eternal peace.