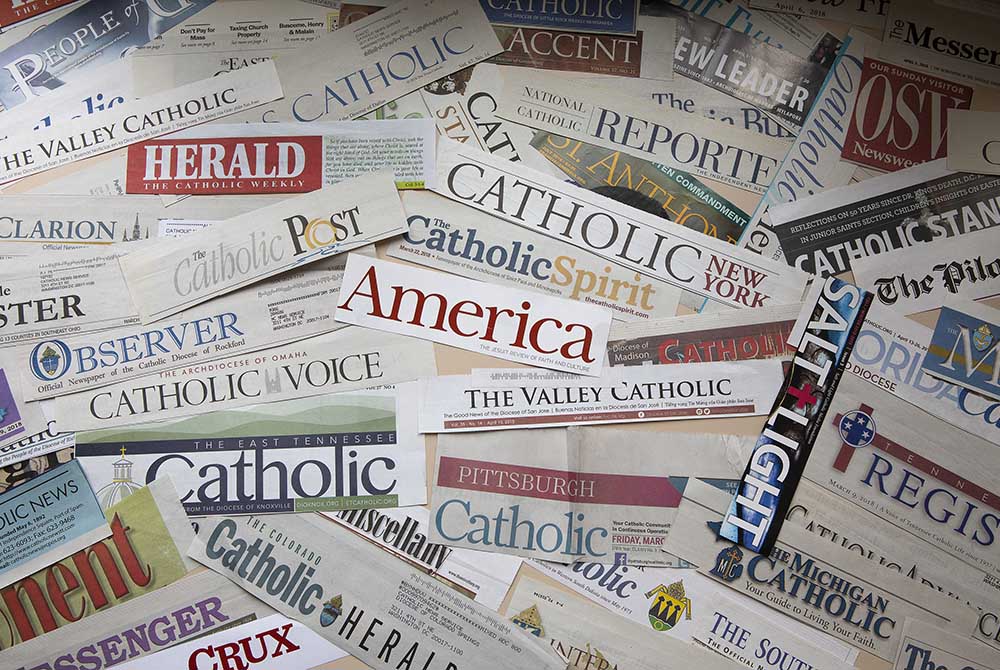 For the etymologically interested, the word "unpublished" used to be only an adjective, meaning "not yet published" — as in "an unpublished manuscript." But with the rise of online publishing, it has now also become a verb that means to make something previously published unavailable to the public.

The magazine's editors tried to "unpublish" the articles quietly, not even alerting the authors: Stephen Schneck, executive director of the Washington, D.C.-based Franciscan Action Network, and Steven P. Millies, associate professor of public theology and director of the Bernardin Center at Catholic Theological Union in Chicago. Both "Steves" have, over the years, also written for NCR and been quoted often in our pages.

When NCR's Joshua McElwee learned of the magazine's decision to unpublish the two pieces, we decided to make it transparent, breaking the news in a story that ran in the early morning on May 7.

While it may seem to be a bit of "inside baseball" gossip among Catholic journalists, U.S. Catholic's editorial decision has wider implications, given the controversy over Dolan's words and actions — and what they mean for the upcoming presidential election.

Still, it pained me to run the story about the venerable publication that, like this one, was founded in the wake of the Second Vatican Council to provide an open forum for conversation about faith, social justice and culture.

Representatives of the magazine — published by the Claretian Missionaries, a religious order of priests and brothers founded in Spain — declined to respond to our requests for comment, so it remains unclear what prompted their decision and what, if any, pressure led to the pulling of the essays.

It all had a feeling of déjà vu for me. In 2002, the Claretians and editors at U.S. Catholic faced a similar situation over an article written by yours truly, who was an assistant editor there at the time.

The article, titled "Call Waiting: The stories of five women who want to be priests," featured mini-profiles of women who felt called to the priesthood and explored their frustrations over their unfulfilled vocations.

Someone brought the article to the attention of the Vatican's Congregation for the Doctrine of the Faith, which initially instructed the editors to publish a retraction. Since the article dealt with women's experiences, not directly with church teaching, the Claretians (and the canon lawyer who assisted them) declined to retract.

We did so in very small type.

The original article, published in print in December 2001, could not be "unpublished" from those magazines, but any reference to it has been scrubbed from the U.S. Catholic website. It is, however, available in its entirety online at another site.

So, too, are the essays from the Schneck and Millies. After confirming that the rights to publish had reverted to the authors, NCR made offers to run "President Trump cannot have the Catholic endorsement" and "Cardinal Dolan's public flattery of Trump forgets a few things" on our website.

Both essays point out that the narrative that "Catholic = Trump supporter" may help the Republican Party, but it hurts the church. (The same conclusion could be drawn about the controversial priest, Fr. Frank Pavone, and his effect on the pro-life movement, as another NCR story reports.)

In 2002, I remember thinking at the time that the church's ban on the ordination of women was one thing, but its attempts to completely shut down discussion of the issue was quite another — and likely impossible in an age of modern communication and the Internet.

That was before Facebook and Twitter. Today, the church hierarchy doesn't even have to be social media savvy, as legions of right-wing Catholics are ready, willing and able to promote the narrative that to be Catholic is to be a suburban, white Republican for whom the legalization of abortion is the only issue that matters.

That otherwise respectable Catholic media are feeling the need to toe the line — or at least not criticize a cardinal who is promoting that narrative — is troubling.

For the church — as for our country — an independent media that can sort through the spin and report the facts is not only necessary, it is critical in these polarizing times. The lay editors at U.S. Catholic had editorial independence — until they didn't. The publication's association with a religious order meant they were ultimately not free to make independent editorial decisions.

At NCR, truth is our highest virtue. Independence is a close second.

A version of this story appeared in the May 29-June 11, 2020 print issue under the headline: Editorial independence in Catholic media.