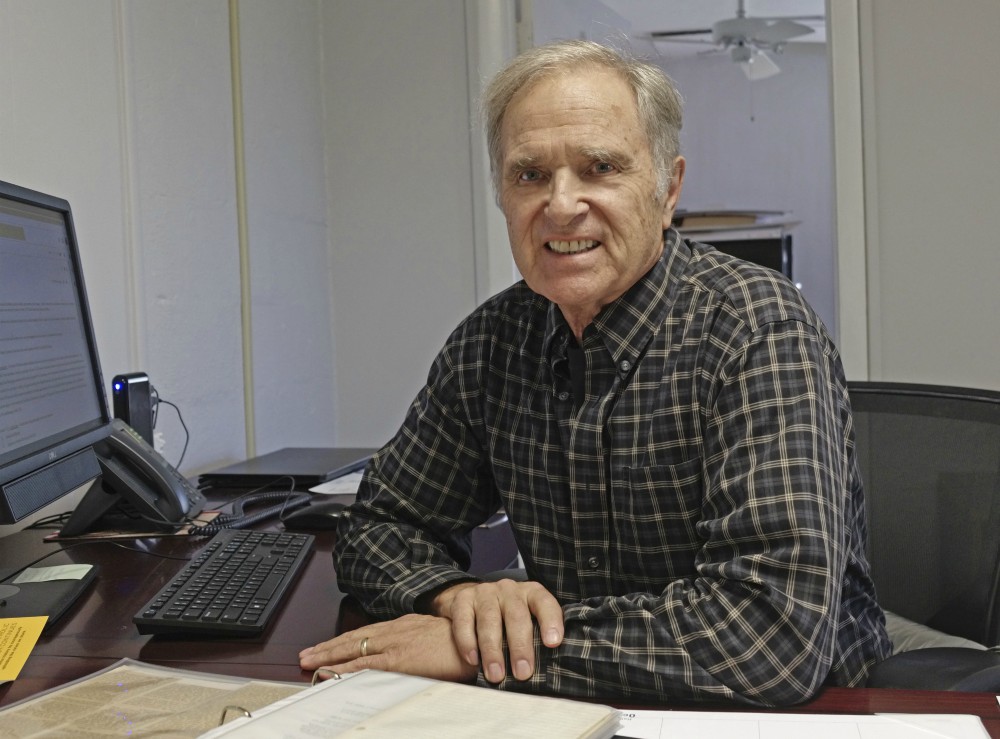 Last month, the perennially cranky and reactionary Bill Donohue of the Catholic League blasted NCR's recent editorial calling for the rejection of Amy Coney Barrett's nomination to the U.S. Supreme Court. At the end of his news alert/screed, Donohue shared the email address of Tom Fox, who was then serving as NCR's interim CEO/president.

The mailbox was predictably flooded with angry letters from folks who hadn't even read the piece. Many of the emails were "not very flattering and some highly unChristian," Fox wrote in a note to me. "Alas, I love it."

Fox's thick skin was one trait I hadn't expected, once I began reporting directly to him as executive editor. He has a bit of a reputation as a "mushy," sensitive guy, so I was surprised how easily he shook off scathing criticisms and/or threats of lawsuits.

I shouldn't have been. Throughout his half-century-plus career, Fox has never been afraid to write, publish or defend the tough story. Many in Catholic circles know that Fox was the first editor who exposed clergy sex abuse in the 1980s, long before The Boston Globe Spotlight team even thought about it. What they may not know is that a member of NCR's board tried to get Fox fired for running those stories.

A champion of NCR's independent voice, Fox is the kind of courageous journalist that our country, and our church, needs now more than ever.

With political authoritarianism on the rise around the world, and the fourth estate — not to mention individual journalists — having suffered these past four years from regular attacks by the president of the United States, the need for media to "comfort the afflicted and afflict the comfortable" has never been more urgent.

And in the Catholic Church — with declining diocesan publications on the one hand, and emboldened and heavily funded right-wing media on the other — an unafraid, independent source of information is crucial to an empowered laity and for an accurate portrayal of the entire U.S. church.

In his 40 years with NCR, Fox first practiced independent journalism, then worked to support and fund it.

His byline first appeared in NCR as its Vietnam correspondent in the 1960s. Recently graduated from Stanford University with a degree in history, Fox went to Vietnam to work with war-displaced refugees, whose stories he shared with NCR readers.

After returning to the States to pursue a graduate degree in Southeast Asian studies at Yale University, Fox once again went to Vietnam, as NCR's correspondent and as a stringer for Time magazine and The New York Times.

After his life was threatened, Fox and his pregnant wife, Hoa, returned to the U.S., where he continued his career as a reporter at the Detroit Free Press and later as an editor at the Washington Star.

He joined NCR as editor in 1980, just weeks after the assassination of now-St. Óscar Romero of El Salvador and a few months before the election of Ronald Reagan, who increased military spending and accelerated the arms race. Latin America and peacemaking efforts would be highlights of Fox's editorial emphases.

Early on, he also recognized the importance of the work of women religious, leading him to help found Global Sisters Report in 2014. Seeing the urgency of environmental justice efforts, he helped launch EarthBeat a year ago. Both projects have attracted funding that contributes to the company's overall financial health.

In 2017, Fox was honored by the Catholic Press Association with its highest honor for publishers, the Bishop John England Award. In accepting the award, Fox said he had "always felt as much a missionary as a journalist."

Fox first became NCR's publisher in 1997 and held that position until 2004. After a short period in retirement, he returned as editor in 2008 and was named publisher again in 2011 after the untimely death of the publisher Joe Feuerherd. He tried to retire again in 2016, but in 2018, once again returned to serve as interim CEO/publisher.

During one of those retirements, Tom crossed a literal and figurative line into anti-nuclear activism, trespassing at a weapons base where he and others were arrested. Having written scores of editorials against nuclear weapons, in retirement he decided to break the law to demonstrate to his grandchildren that he was "a rebel and did not go along with this madness."

Last summer, as the Black Lives Matter protests erupted around the country, I faced an ethical dilemma that I took to Fox. My 11-year-old daughter felt called to witness at a protest, and I thought it would be an important life lesson for her. But as a journalist, could I attend?

His advice was brilliant: I could accompany my daughter, but she should hold the sign, and I should bring a reporter's notebook.

Fox retired — for the third time — at the end of October. He will return to his previous position of NCR board member, unofficial fundraiser, and overall cheerleader for NCR's mission and for our team.

We at NCR have been graced to have him as a colleague and inspiration. Thank you, Tom. We aspire to live up to your lifelong example of integrity and courage.

A version of this story appeared in the Nov 13-26, 2020 print issue under the headline: The kind of journalist we need.