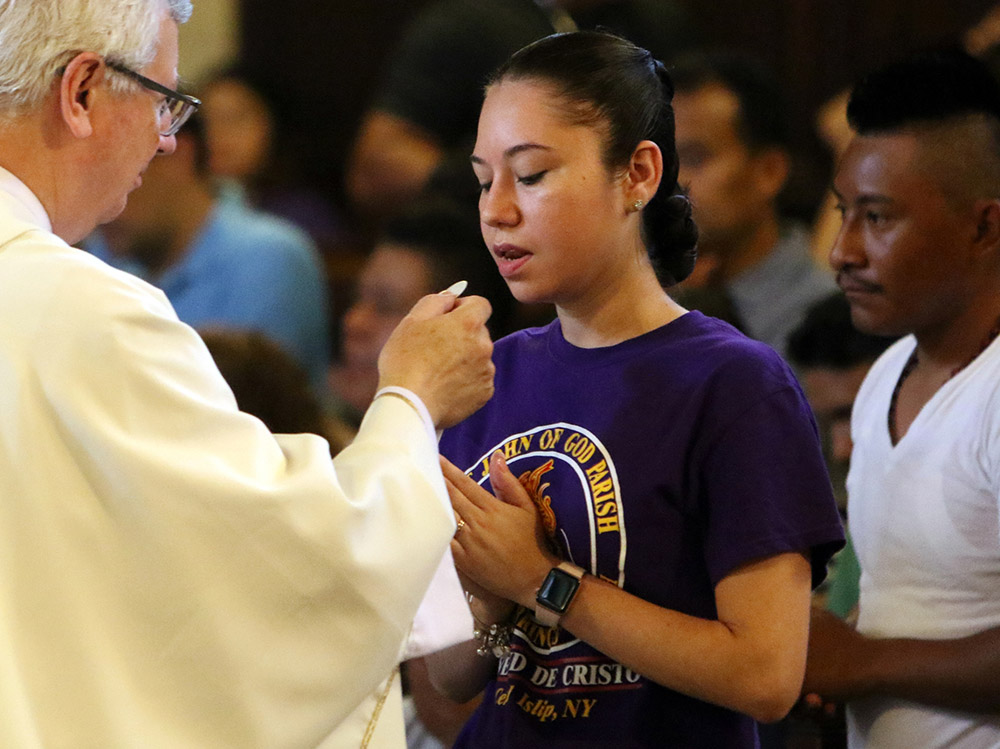 Take a glance at our masthead and you'll notice that the National Catholic Reporter and its two online sister publications, Global Sisters Report and EarthBeat, are all headed by female top editors. More than half of the NCR newsroom is made of up women.

Our challenge now — in addition to maintaining gender representation and equity — is to increase the perspectives and voices of people of color into our pages, as well as into the broader conversation of our contributors, readers and supporters. This includes African American and Black Catholics, Asian American and Pacific Islander Catholics, Native American and Indigenous Catholics, and Hispanic and Latinx Catholics.

Throughout its history, NCR has been a voice for marginalized voices in the church, including Spanish-speaking and Latino Catholics. More than 60 million Latinos live in the United States, about 18% of the population. Although the percentage of U.S. Latinos who identify as Catholic has declined, Latinos currently account for 40% of the Catholic Church in the U.S. And half or more of younger Catholics are Hispanic: 50% of Catholics ages 14-29 are Hispanic; and 55% of Catholics under 14 are Hispanic.

Latinos are not just the future of the U.S. Catholic Church, they are the present and they have been a significant part of its history, according to Natalia Imperatori-Lee, professor of religious studies at Manhattan College, who gave a virtual talk on "The Critical Role of Latina Women in Leading the U.S. Catholic Church Today" May 18 as part of FutureChurch's "Women Erased" series.

Latinos are not a monolithic group, and they are not all immigrants. Some Spanish-speaking Catholics have lived in what is now the United States for twice as long as the nation has existed, Imperatori-Lee said, citing the work of historian and theologian Timothy Matovina of the University of Notre Dame.

"If we want to honor the dignity of the whole people of God, it's important that we tell their stories and listen to the stories they tell," Imperatori-Lee said. "A well-told story makes their experience count."

At NCR, we want to tell Latino Catholics' stories and we want to listen to their stories.

As part of NCR's intentional, concerted effort to increase its coverage of and engagement with Latinx voices in the church, we are launching the Latino Catholics Project. The one-year project, which will include the hiring of a full-time staffer, seeks to increase regular coverage of Hispanic Catholics as well as support research, analysis and engagement outreach to Latinos in the church. It will culminate with recommendations for a more permanent strategy and staffing to best serve this growing demographic in the church. For making this project possible, we thank the estate of Jeanne Marie and Rhoady Lee, as well as NCR emeritus board member Tom Bertelsen and the fund he established to support "the next generation of independent Catholic journalism."

The reality of a Latino-majority U.S. church has been predicted for decades. It is past time for a recognition and celebration of this reality. We see it as nothing short of the Spirit moving to re-energize the body of Christ, as our recent editorial says.

Reflecting on a recent gathering of Hispanic theologians, we note that the group was confident in the belief that the Holy Spirit has not abandoned the church, and never will. The rest of the church, we argue, "needs to listen more to the faith-filled confidence of our Latino brothers and sisters."

The new Latino Catholics Project will help us do just that.

Read this next: Editorial: Spirit-filled Latinos a Pentecost gift in the US church
A version of this story appeared in the May 28-June 10, 2021 print issue under the headline: New project to tell stories of Latino Catholics.