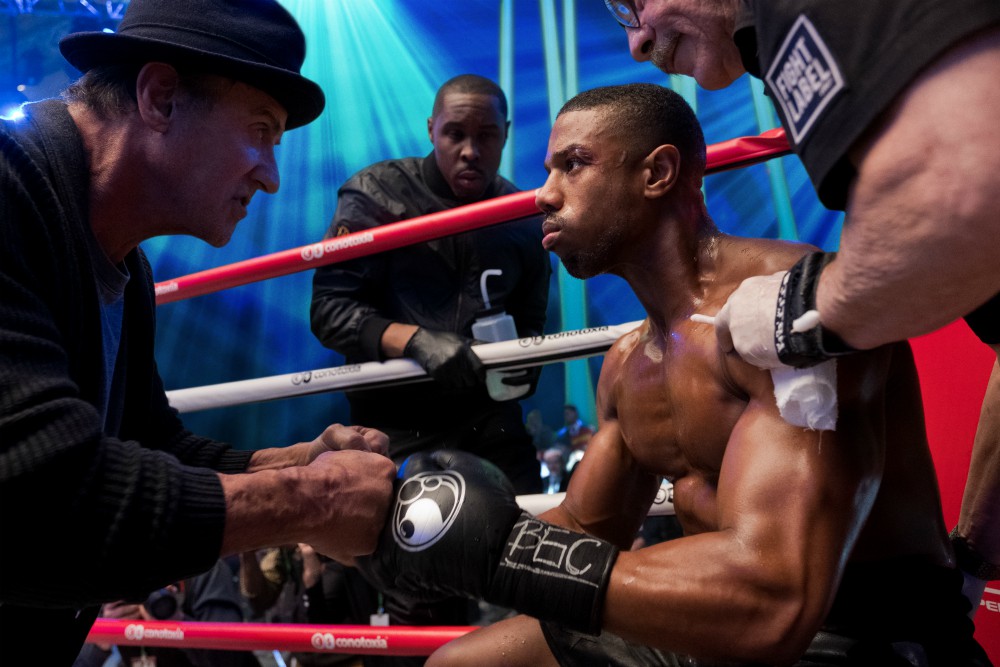 In "Creed II," Michael B. Jordan gives a dynamic performance, and the film is a worthy successor to the Rocky franchise. With a good blend of contemporary and nostalgic elements, "Creed II" welcomes a new audience and treats those familiar with the Rocky films since 1976. The score is excellent and cleverly weaves in actor/singer Tessa Thompson's musical ability to give "Creed II" both emotional variety and a "cool factor."

In addition to a being an inspiring, overcoming-obstacles sports film, "Creed II" also serves as an extended meditation on different aspects, stages and challenges of fatherhood. Pope Francis has preached about fatherhood and even included St. Joseph in the Eucharistic prayer as an example to fathers and husbands. There are at least four angles on fatherhood that "Creed II" explores.

Foster Fatherhood — Rocky serves as a foster father to Adonis Creed. Connected by Rocky's deceased rival-turned-friend, Apollo Creed, Adonis calls Rocky "uncle." They care for each other, and Rocky offers folksy wisdom on boxing and life. Rocky takes a sincere interest in Adonis and is present to him at important moments in his life.

At an early moment in "Creed II," Rocky's conscience does not allow him to train Adonis for fear that the fight will severely hurt him. Rocky is distant from Adonis, which strains their relationship. However, both men are aware of their deep concern for the other and desire reconciliation.

New Fatherhood — Phylicia Rashad, who plays Adonis' mother, gives a knowing grace and raised eyebrow that signals a new element in the plot. Adonis' fiancé, Bianca (Tessa Thompson), is surprised and worries that she is not ready to be a mother. Adonis gives a solid example of new fatherhood. He takes her hand looks her in the eyes and says, "Well, let's get ready." Later in the film when Adonis is distracted, Bianca reminds him that it's not just about him anymore. Bianca and Adonis' relationship shows a true partnership as they overcome the fear of their child's being disabled, which illustrates that love conquers fear. Especially during Advent, it's easy to imagine Mary and Joseph encouraging each other in the face of an enormous and unexpected task.

Estranged fatherhood — This aspect was explored in Rocky V, but "Creed II" adds another chapter when we learn that Rocky has not spoken to his son in many years. Rocky laments to Adonis about not seeing his grandson. The never-too-late-for-a-comeback theme extends from the boxing ring into family life. Toward the end of the movie, Rocky shows up and reconnects with his son (Milo Ventimiglia in surprise cameo!) and meets his grandson.

Redeemed Fatherhood — "Creed II" offers a surprisingly sympathetic and layered depiction of the relationship between Ivan Drago (Dolph Lundgren) and his son, Viktor. We learn a great deal of their history, which involves being shunned in Russia after Ivan's loss to Rocky. Ivan loses his status, his wife and his money. In Ruth and Naomi fashion, Ivan and Viktor stick together and end up exiled in Ukraine working at a factory while training for fights. At one point, in an attempt to dissuade Adonis from fighting Viktor, Rocky says that, "[Viktor] was raised in hate." This proves to be an incredible mischaracterization. The most intriguing and surprising moments of "Creed II" occur between Ivan and Viktor as they move from foil to secondary protagonists. Ivan is characteristically laconic and cold throughout the film, but in the aftermath of a loss we see a thaw between him and Viktor with two simple words: "It's okay."

The emotional scene reflects Pope Francis' words on fatherhood: "Children need to find a father who is waiting for them when they return from their failures. These children will do all they can in order not to admit their mistakes, not to let their embarrassment show, but they need this security. Not finding their father at the door opens wounds inside them that are difficult to heal."

"Creed II" is an extended meditation on different aspects of fatherhood. Rocky, Ivan and Adonis each take steps to strengthen the relationships with their sons. Rocky and Adonis both lay the foundation for new relationships, while Ivan and Viktor show tenderness in the midst of defeat and rejection.